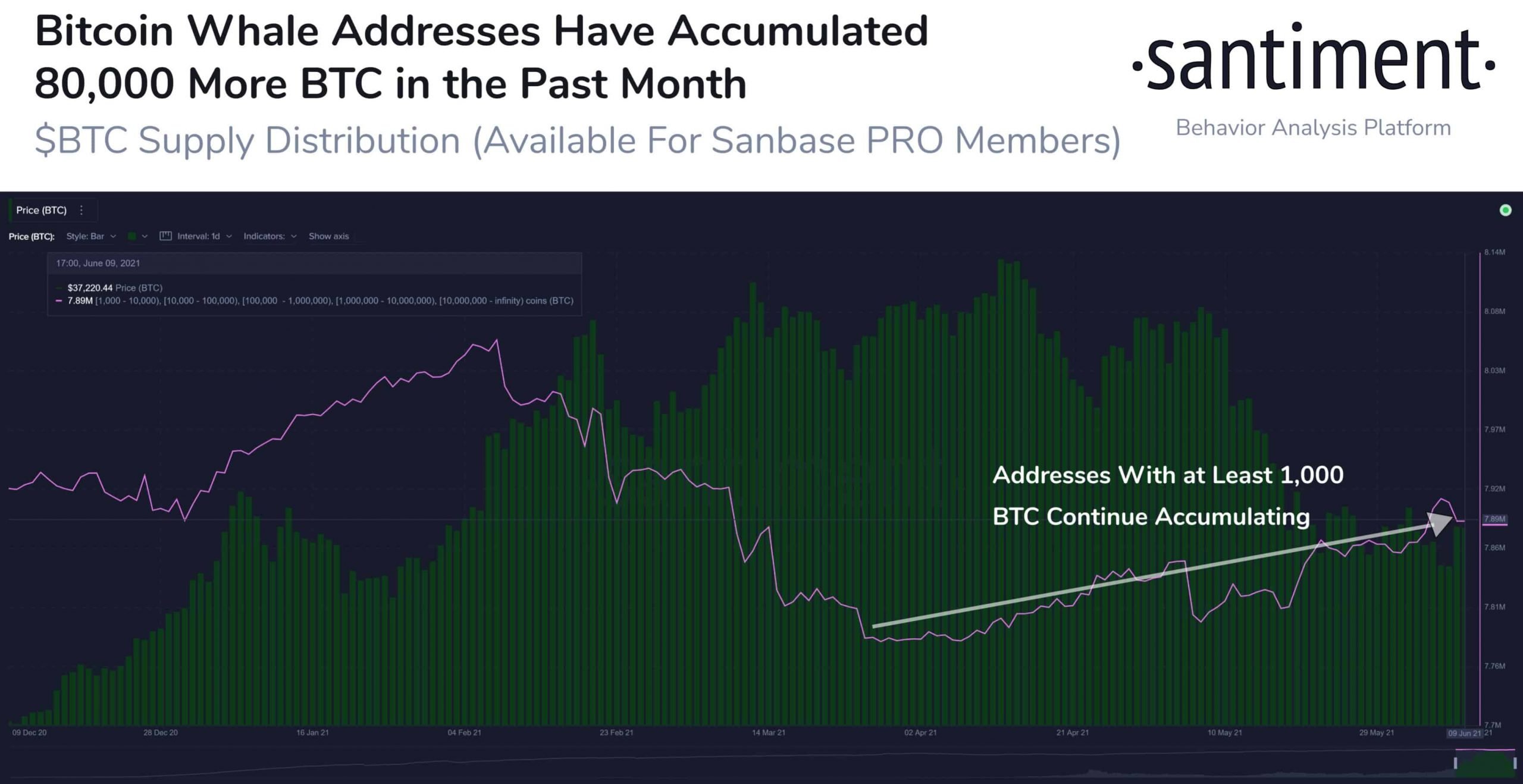 After a strong correction earlier this week, Bitcoin (BTC) has registered a strong pullback today. The BTC price has surged by 13% moving past $37,000. At press time, the BTC price is trading at $37,517 with a market cap of $690 billion.

The recent pull-back in Bitcoin comes amid a renewed crowd interest in the crypto. As per on-chain data provider Santiment, the crowd interest for Bitcoin has surged to a 3-week high while that in altcoins still remains subdued. This has also helped Bitcoin extend its market dominance which had dropped under 40% recently. 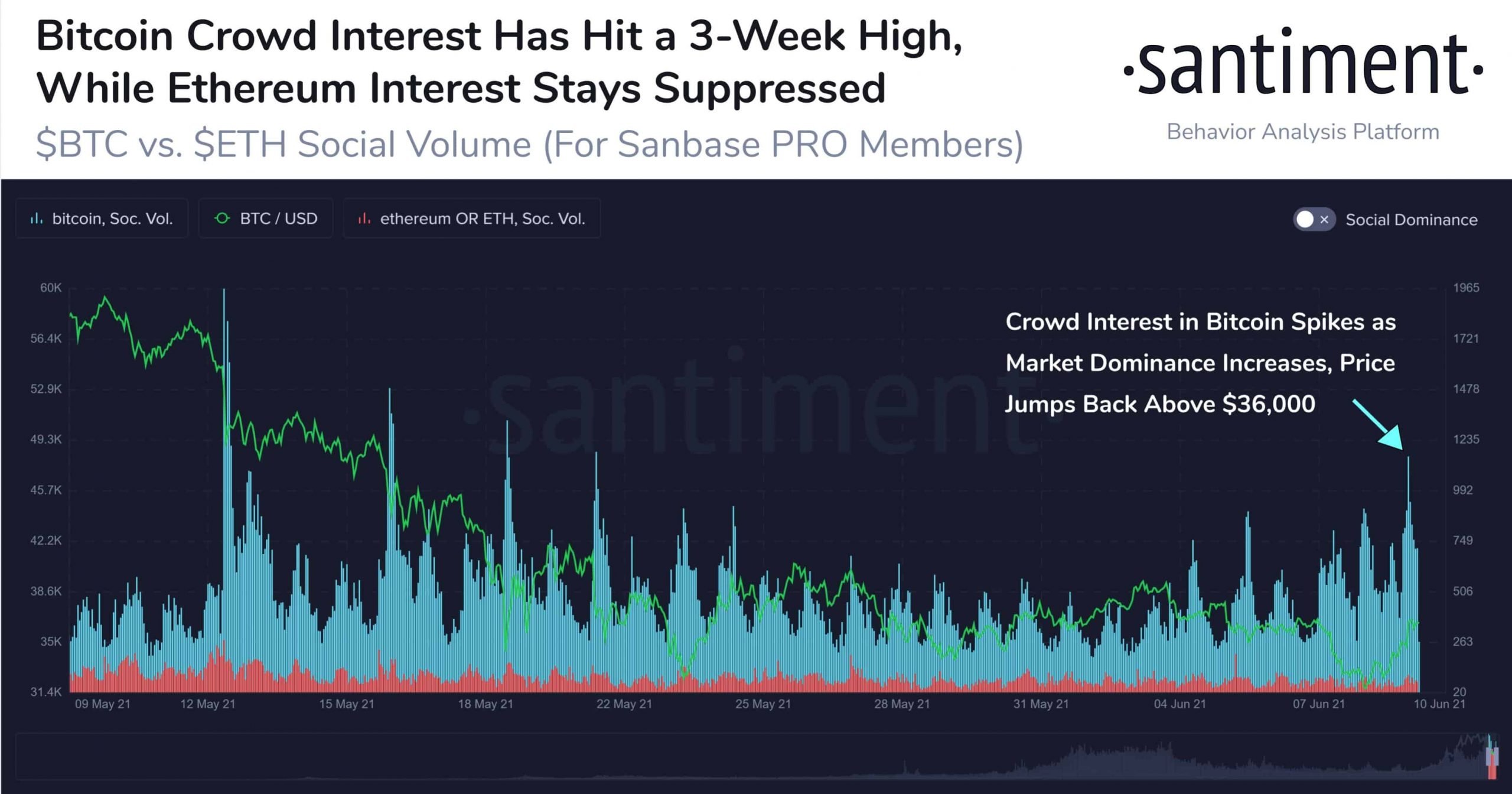 At the same time, Santiment data also shows that there’s a strong whale accumulation taking place in Bitcoin during the recent correction. While Bitcoin has been clearly on a downtrend on a monthly chart, whales have managed to squeeze more supplies during every stage. Santiment reports that bitcoin whale addresses holding 1000+ BTC have accumulated more than 80,000 Bitcoins over the last month.

While many analysts have been talking about Bitcoin capitulation, Bloomberg’s senior commodity strategist Mike McGlone doesn’t think so! The strategist said that the Bitcoin (BTC) price is more likely to go to $40,000 rather than going down.

#Bitcoin Capitulation? $40,000 Appears More Likely Than $20,000 — The June 8 Bitcoin plunge and revisit of lower-end-range support around $30,000 had many of the earmarks of extreme bearish sentiment typical of more enduring bull-market bottoms. pic.twitter.com/mzaqs50Kjp

But as things look to be going well for Bitcoin, it’s not all hunky-dory at the moment.

Citing data from Glassnode about the all-exchange Bitcoin (BTC) fund rates, Chinese journalist Colinwu states that the short position is still on the dominant side and subsidizing the Bitcoin longs. At the same time, the open interest for Bitcoin futures has picked up significantly well with the recent price surge.

In addition, it can be seen that in the course of the price increase, the Bitcoin contract holdings did not appear to be significantly enlarged. pic.twitter.com/WBGtOyZrKR

The recent crackdown in China has put Bitcoin investors at the edge of their seats. On Wednesday, June 9, the Chinese authorities intensified their crackdown on Bitcoin miners in the Xinjiang region As Chinese miners started withdrawing their operations, it also led to a severe downfall in Bitcoin (BTC) hashrate.