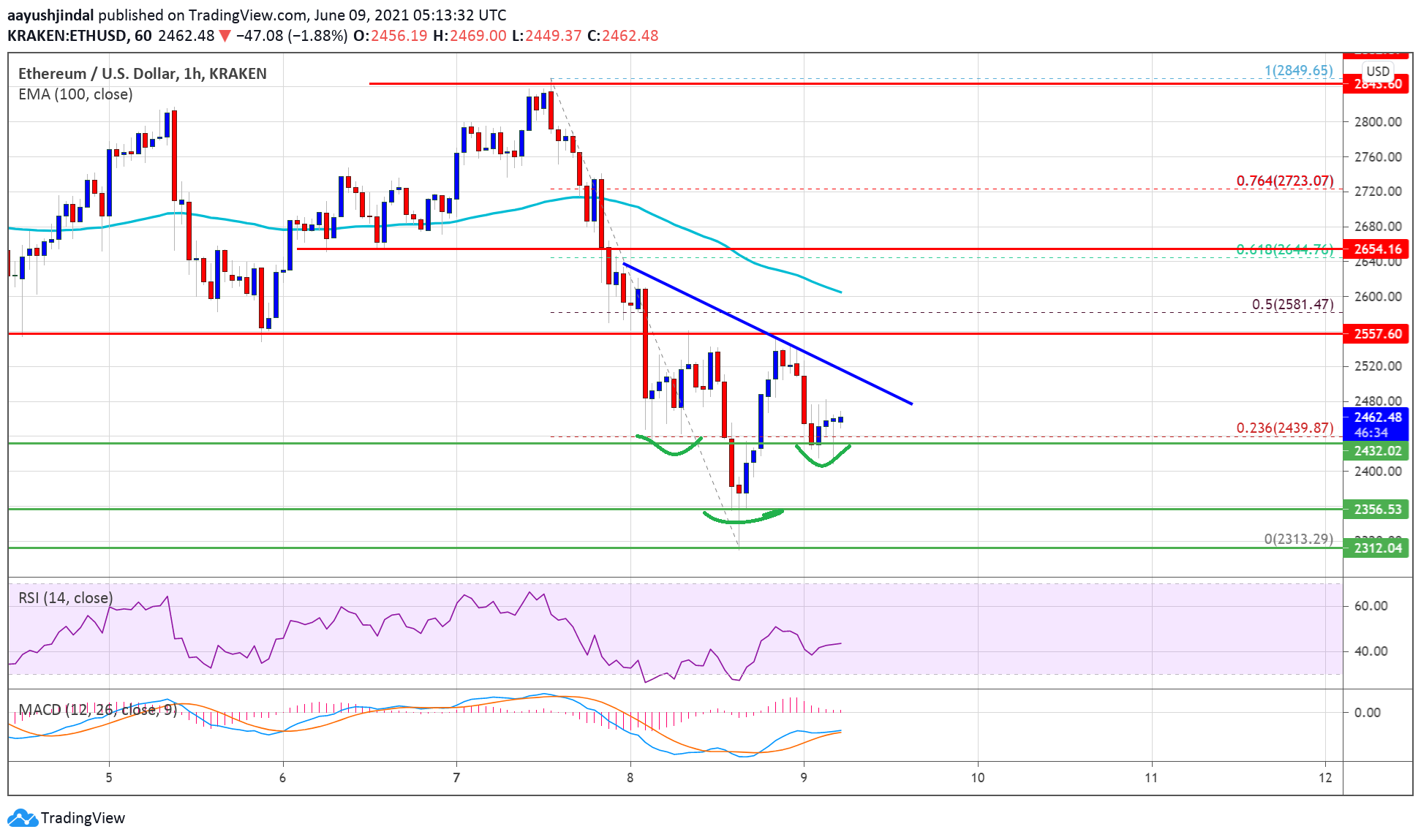 Ethereum extended its decline and it traded close to $2,300 against the US Dollar. ETH price is now recovering and it could start a strong increase if it clears $2,550.

If there is a clear break above the trend line and a follow up move above $2,550, the price could start a strong increase in the near term. The next major resistance could be $2,640.

If Ethereum fails to clear the $2,500 and $2,550 resistance levels, it could extend its decline. An initial support on the downside is near the $2,400 level.

Hourly MACD – The MACD for ETH/USD is slowly gaining pace in the bullish zone.

Hourly RSI – The RSI for ETH/USD is currently approaching the 50 level.