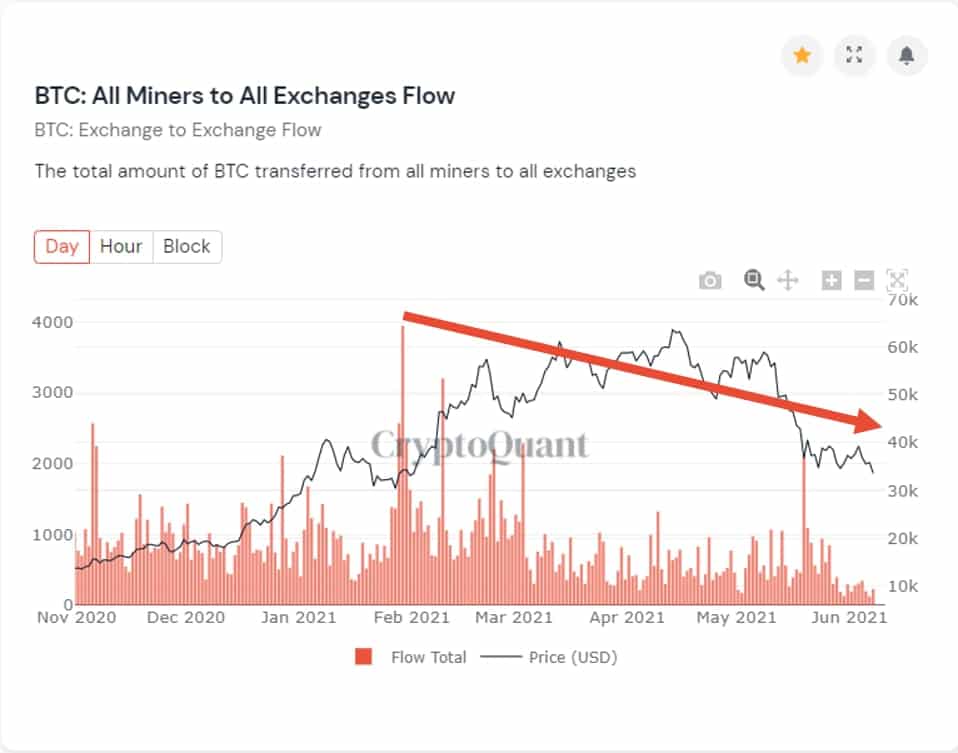 Bitcoin price today slumped by over 10% to record a new weekly low of $32,279. The flash crash was attributed to rumors about the FBI allegedly hacking private keys to the Bitcoin wallet associated with Colonial Pipeline ransomware hackers, raising security concerns. However, the on-chain metrics are still signaling bullish despite the recent price slump.

The exchange outflow of BTC recorded a new yearly high yesterday as 22.5K bitcoin were taken off the exchanges. Such a high amount of Bitcoin being moved away from the active market indicate that traders are anticipating a market rebound after more than a month-long bearish sentiment. The price of the top cryptocurrency fell to the sub $30k level in the second week of May on a day when the crypto market lost $500 billion of its market cap. The price of BTC has been consolidating under $40K since then. 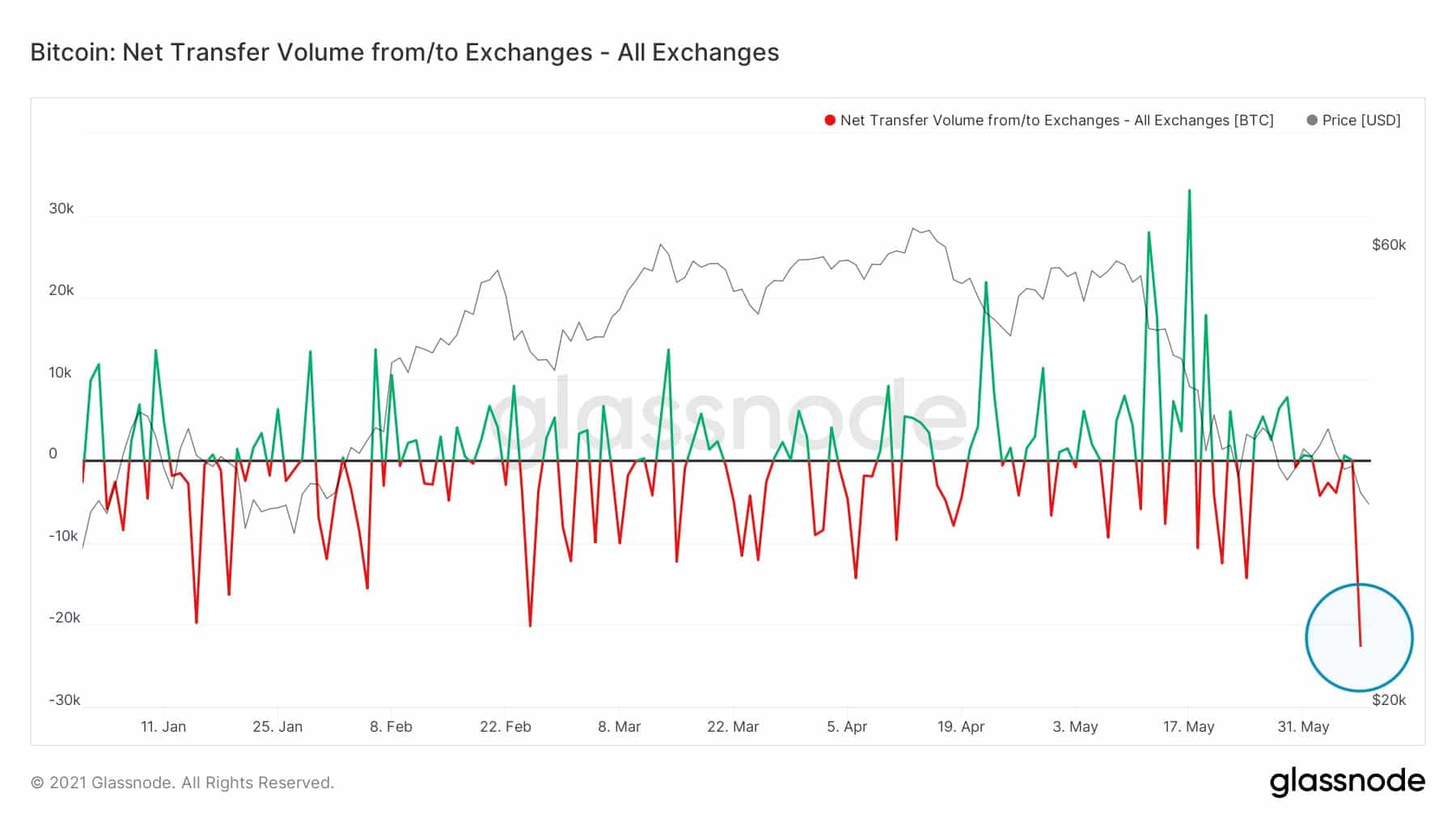 Apart from exchange outflows, the Bitcoin network’s mining hashrate has returned to the top despite the recent Chinese crackdown and FUD. The mining fees of the Bitcoin network also reached a new 7-month low. The miners have also stopped selling their Bitcoin holdings despite the price slumber under $40K. The exchange flow from the miner’s wallet has also been on the decline.

The price slump and consolidation under $40K have shaken out many weak hands from the market and despite the prevailing bearish sentiment the fundamentals of the Bitcoin network look strong for a rebound. The next key resistance lies at $40k and if Bitcoin managed to get past it, a rebound to $50K looks quite possible.

The bitcoin market is also moving away from the FUD phase as early FUDs have been debunked while the new ones seem to make no significant dent.