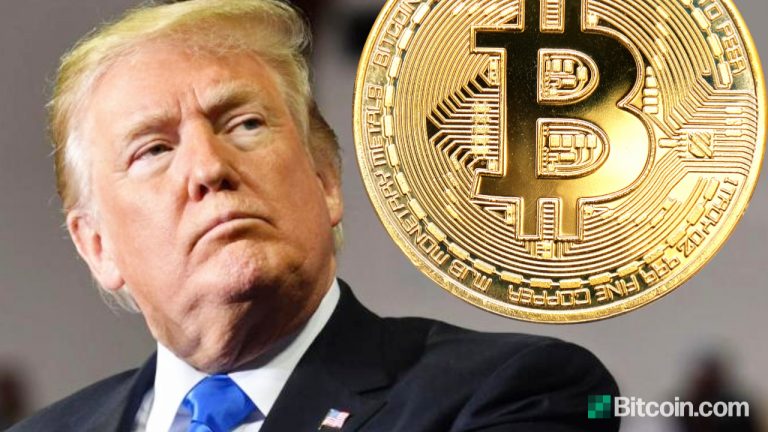 Former U.S. President Donald Trump says he does not like bitcoin because it is a currency that competes with the dollar, which he wants to be the currency of the world. He calls bitcoin a scam and wants cryptocurrency to be very heavily regulated.

Donald Trump talked about bitcoin in an interview with Fox Business Monday. Responding to a comment that he does not like bitcoin and he would not invest in it, Trump said the cryptocurrency “seems like a scam.” He noted that when he was president, the price of bitcoin was only $6,000, much lower than it is now, adding:

The former U.S. president also talked about bitcoin in response to questions regarding recent cyberattacks on major companies.

Emphasizing several times during the interview that “the currency should be the dollar,” he explained that “when you have things like that out there, you know what happens is, you really lose something.” He added:

Trump reiterated, “My opinion is that the currency of this world should be the dollar, and I don’t think we should have all of the bitcoins of the world out there,” elaborating: “I think they should regulate them very, very high.”

Trump has never been a fan of bitcoin. In July 2019, when he was still the president of the United States, he commented about bitcoin and cryptocurrencies in general in a series of tweets:

I am not a fan of bitcoin and other cryptocurrencies, which are not money, and whose value is highly volatile and based on thin air. Unregulated crypto assets can facilitate unlawful behavior, including drug trade and other illegal activity.

The former president also targeted Libra, the crypto project proposed by social media giant Facebook. Libra is now called Diem. Trump’s tweet says: “Facebook Libra’s ‘virtual currency’ will have little standing or dependability. If Facebook and other companies want to become a bank, they must seek a new banking charter and become subject to all banking regulations, just like other banks, both national and international.”

Trump concluded his series of tweets with: “We have only one real currency in the USA, and it is stronger than ever, both dependable and reliable. It is by far the most dominant currency anywhere in the World, and it will always stay that way. It is called the United States dollar.”

What do you think about Trump’s comments on bitcoin and the U.S. dollar? Let us know in the comments section below.