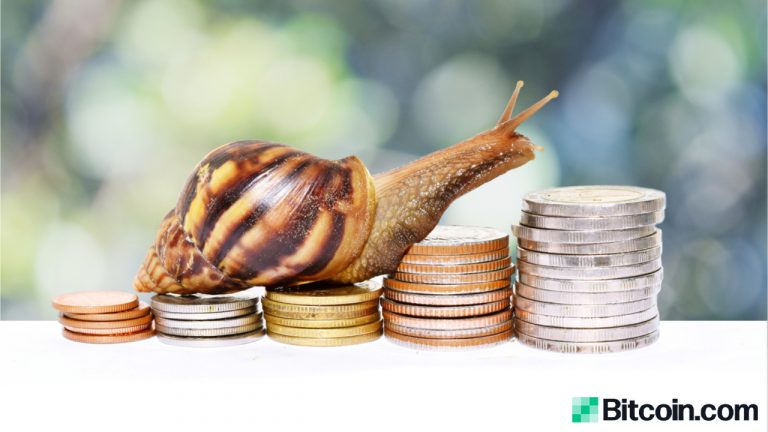 While bitcoin (BTC) prices have dropped to lower bound ranges, after touching an all-time high over $64K per coin, the number of daily transactions has dive-bombed as well.

Fork.lol stats show on June 7, the BTC network processed around 221,624 transactions on Monday. From February 14 to April 28, 2021, the Bitcoin Cash (BCH) network outpaced the BTC chain’s daily transaction rate during that time span.

The lack of interest in bitcoin and cryptocurrencies, in general, may have contributed to the daily transaction levels dipping to 2018 levels. The search query “bitcoin” touched an all-time high on Google Trends in May with a score of 100, but the worldwide search trend has dipped to 52 on June 5.

Daily transactions for a great number of the top digital assets including BTC, ETH, DOGE, XRP, LTC, and BCH have all dipped significantly. While XRP transactions did dominate Ethereum’s daily confirmed rate during the first few months of 2021, the ETH chain is now ahead of XRP in terms of daily transactions confirmed.