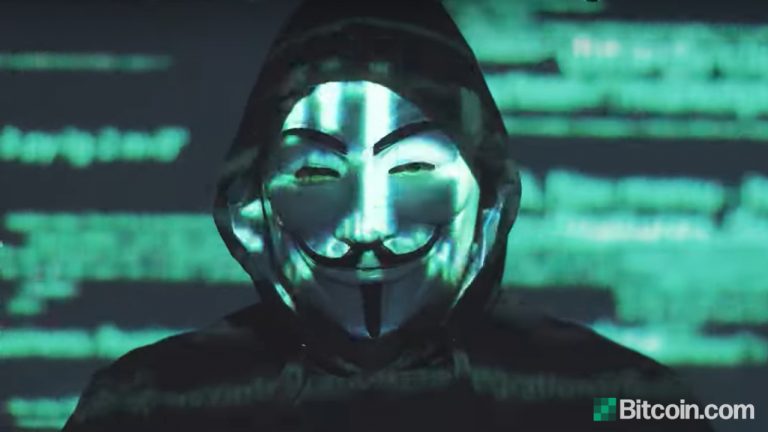 The decentralized group Anonymous has published a message for Elon Musk in a video where they called the Tesla CEO “nothing more than another narcissistic rich dude who is desperate for attention.” They shed light on many things people may not know about Musk, including how he treats his employees, harms the environment, where his fortune came from, how Tesla actually makes money, and his attempt to centralize and control bitcoin mining.

Anonymous, a decentralized international activist and hacktivism movement, posted a video Friday directed at Tesla CEO Elon Musk. It is unknown if the people behind this video are the same Anonymous as the hacktivist group known for cyber attacks against several governments since 2003. The video begins with a message: “Greetings citizens of the world. This is a message from Anonymous for Elon musk.”

The video starts by explaining why Elon Musk became popular. “For the past several years you have enjoyed one of the most favorable reputations of anyone in the billionaire class because you have tapped into the desire that many of us have to live in a world with electric cars and space exploration,” the group described, adding:

But recently your carefully created public image is being exposed, and people are beginning to see you as nothing more than another narcissistic rich dude who is desperate for attention.

“It appears that your quest to save the world is more rooted in a superiority and savior complex than it is an actual concern for humanity,” they declared.

Anonymous then emphasized that Elon Musk’s lack of concern for humanity “has been obvious to [his] employees for a long time who have faced intolerable conditions under [his] command for years.”

The group referenced an article in the Observer titled “Elon Musk, Tesla are pushing factory workers to the brink as profits soar.” The article explains that “Tesla workers and worker advocates say the company is risking the health and safety of its workers in relentless pursuit of these gaudy numbers.” 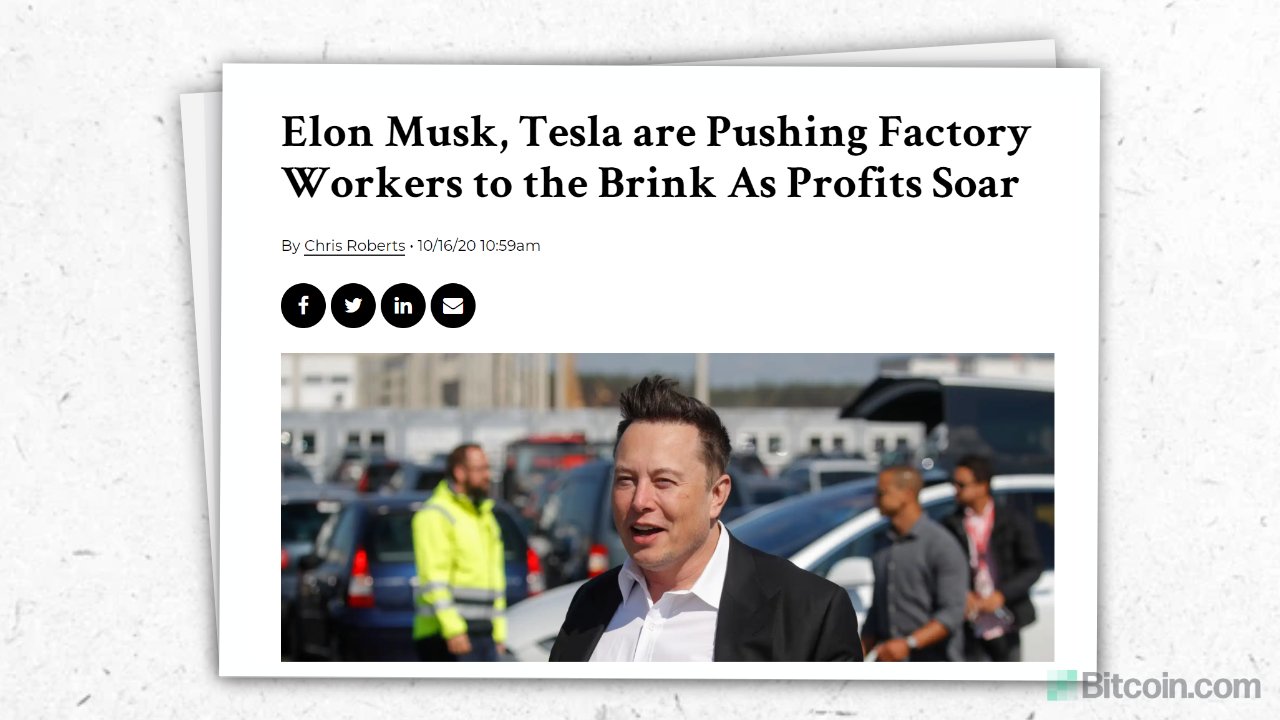 In addition, Anonymous referenced a different article on The Times titled “‘Blood batteries’ fuel the fortune of Elon Musk,” stating:

It is also obvious to the young children working in your overseas lithium mines, which are destroying the local environment as well.

“You have been open about your willingness to stage coups in order to install dictators in places where your toxic products are being mined,” the group also said.

“You have even prematurely crowned yourself ‘Emperor of Mars,’ a place where you will be sending people to die,” the group continued, pointing to an article titled “Elon Musk proclaims himself emperor of Mars.” 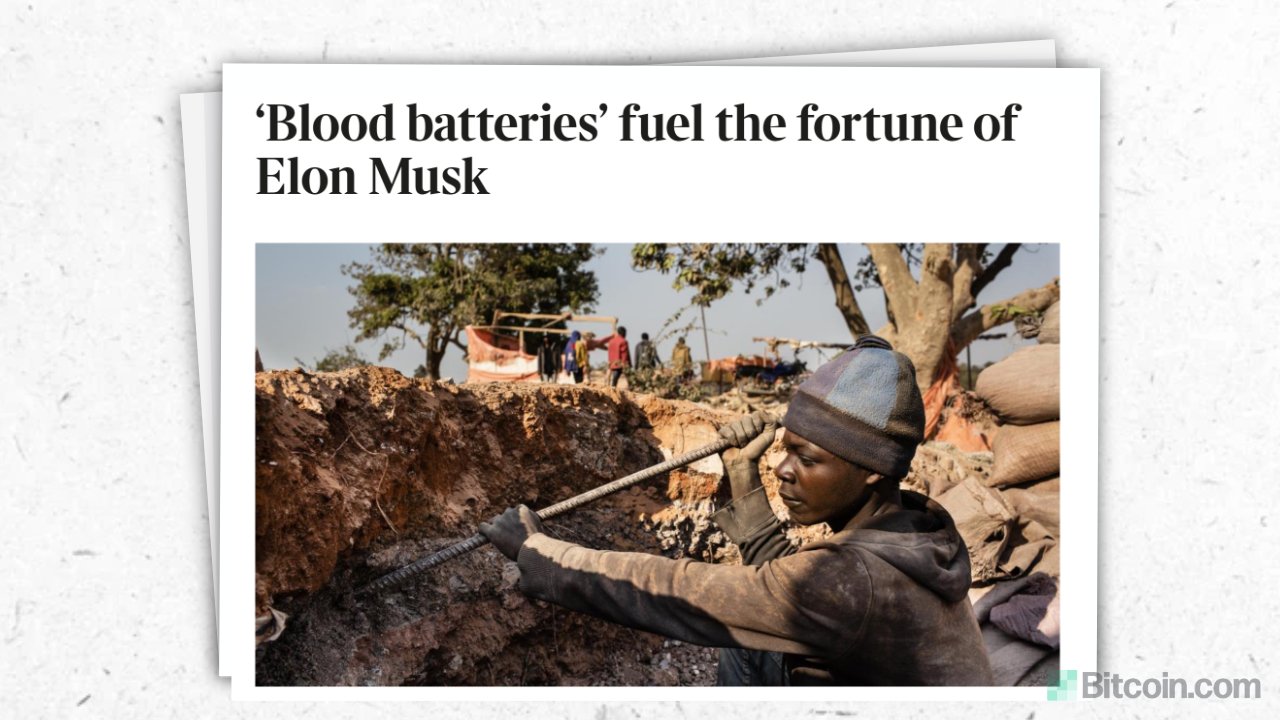 “Your fanboys overlook these issues because they are focused on the potential good that your projects can bring to the world,” Anonymous suggested.

However, the group added: “you are not the only show in town, and your competition is growing more intense with each passing day. There are plenty of other companies working on space exploration and electric vehicles. You are just the only CEO who has gained a cult following through shitposting and trolling the world on social media.”

Tesla’s Main Income Is From Government Subsidies, Not Cars

Anonymous then talked about how Tesla makes its money. “Many people are now learning that the vast majority of Tesla‘s income doesn’t actually come from selling cars. It comes from government subsidies, selling carbon tax credit for your innovation with clean energy,” the group detailed. However, they pointed out:

This technically isn’t your innovation though because you aren’t actually the founder of Tesla. You simply purchased the company from two people much more intelligent than you are.

The two people Anonymous referred to were Martin Eberhard and Marc Tarpenning. In an interview with CNBC, Tarpenning said Musk was an investor of the company. “He was always supportive from the beginning but he wasn’t the founder. We started it,” he confirmed. Eberhard added: “He actually accomplished some amazing things … I’m not sure why he has to also said that he was the founder when he wasn’t. I don’t understand that.”

Tesla has also made more money holding bitcoin for two months than they did in years of selling cars. It is also more than likely that this bitcoin was purchased with money from these government subsidies.

On the subject of bitcoin and Tesla’s income from the government, Anonymous said: “It is now widely believed that you have been forced to renounce your company’s involvement with bitcoin in order to keep that green government money flowing into Tesla’s coffers.”

The group noted that “The energy use argument about proof-of-work mining is a very nuanced conversation that requires a fairly complex understanding of how power grids work and how excess energy is wasted by power companies and sought out by crypto miners,” emphasizing:

This is a conversation that you have been having for over a year and were intimately aware of. But as soon as your main source of income was threatened, you pretended to be clueless in an attempt to play both sides of the fence.

The video then talked about Elon Musk’s attempt to centralize and control bitcoin mining. On May 24, the Tesla CEO announced on Twitter that he had met with leading North American bitcoin miners. During the closed-door meeting hosted by Microstrategy CEO Michael Saylor, he said the miners have agreed to form a Bitcoin Mining Council.

[Elon’s] move to create a Bitcoin Mining Council was rightly seen as an attempt to centralize the industry and take it under your control.

The group then referenced an article on Bitcoin News titled “Crypto proponents become skeptical of closed-door meeting between billionaires and bitcoin miners.” 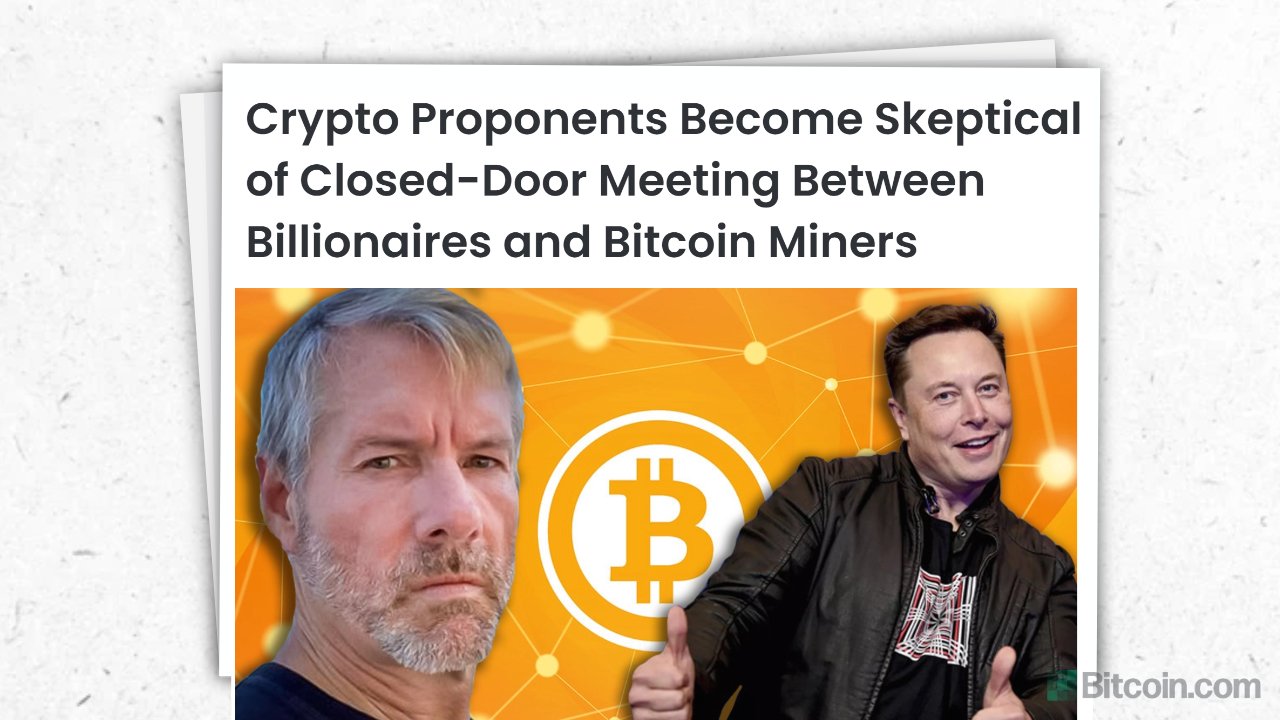 Anonymous also accuses Elon Musk of destroying crypto holders’ lives with his memes and tweets, stating in their video:

Reading from the comments on your Twitter posts, it seems that the games you have played with the crypto markets have destroyed lives. Millions of retail investors were really counting on their crypto gains to improve their lives.

“This is something that you will never understand because you were born into the stolen wealth of a South African apartheid emerald mine and have no clue what struggle is like for most of the working people in the world,” the group further opined, referencing an article titled “Elon Musk’s family once owned an emerald mine in Zambia — here’s the fascinating story of how they came to own it.”

While acknowledging, “Of course, they took the risk upon themselves when they invested and everyone knows to be prepared for volatility in crypto,” Anonymous maintained, “but your tweets this week show a clear disregard for the average working person.” They concluded:

As hard-working people have their dreams liquidated over your public temper tantrums, you continue to mock them with memes from one of your million-dollar mansions.

The video ends with a message to Musk that says: “You may think you are the smartest person in the room, but now you’ve met your match. We are anonymous. We are Legion. Expect us.” The video is shown below:

What do you think about Anonymous’ video and message to Elon Musk? Let us know in the comments section below.