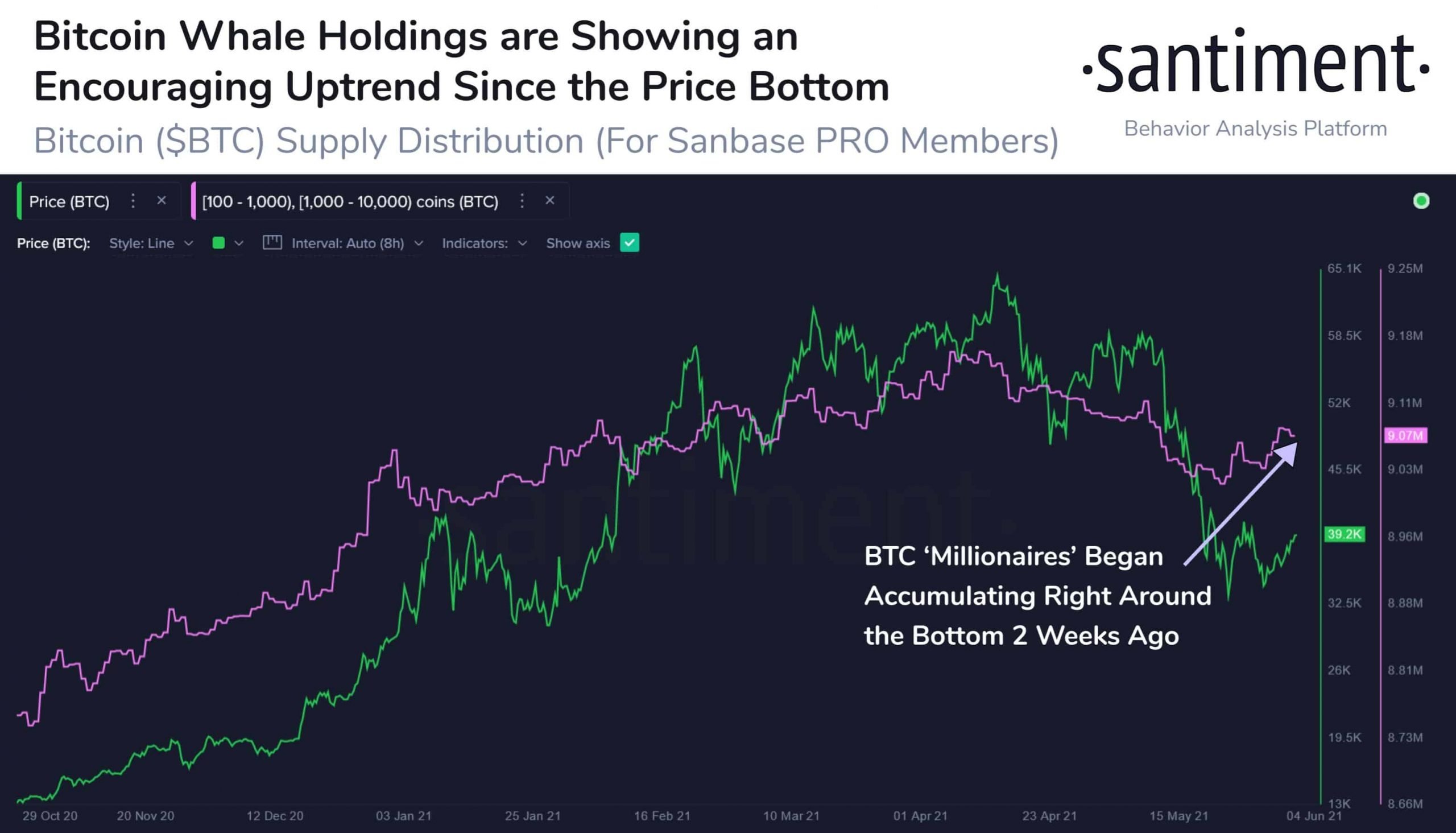 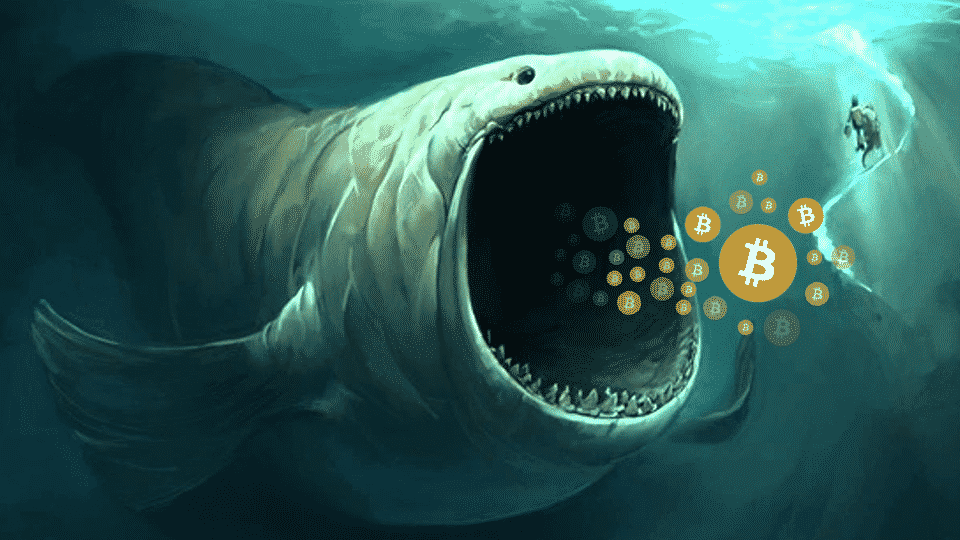 After making an attempt to touch $40,000 yesterday, the Bitcoin (BTC) price is down today by 5% trading under $37,000. Thanks to Elon Musk’s gimmick-playing tweet that suggested the billionaire seeking to part ways with Bitcoin.

While Bitcoin seems to be under pressure once again, the whale and the miner activity have taken a turn for the good. It seems that after heavy sell-offs over the last few weeks, BTC whales have started accumulating amid the recent price correction. Balances for the whale addresses holding between 100-10,000 BTC have started growing once again, reports on-chain data provider Santiment.

Between Bitcoin’s price ATH on April 14th and its latest bottom on May 23rd, the total balance of 100-10,000 BTC addresses has shrunk by roughly 130,000 BTC, suggesting waning confidence in the top coin.

SINCE then, however, the downtrend has (finally) been broken. In the past 10 days, the combined total of Bitcoin’s ‘whale’ addresses has grown by 50,000 BTC, or ~$1.95bn at the time of writing.

Probably, whale accumulation has been the reason behind the recent BTC price surges. Besides, the trend reversal in whale holdings is a confidence-building measure for Bitcoin investors. Apart from Bitcoin whales, the BTC miners also seemed to have started accumulating during this price correction.

As per the data from CryptoQuant, the miner deposit at exchanges are on a decline. It means that miners are not willing to have profit-booking at this stage during the BTC price correction.

– Miners are holding BTCs
– SSR is hitting ATL for a week
* BTC SSR is total BTC / All Stablecoins which could be interpreted as (cryptocurrency / amount of capital) in the market. pic.twitter.com/ac9fqGESKQ

Interestingly, on Thursday, June 3, over 3000 Bitcoins left Poolin’s wallet. This was the biggest ever miners outflow for the year 2021.

This is the biggest miners outflow of this year. pic.twitter.com/gDPZIXFbnK

It looks like the fundamental build-up for Bitcoin is getting stronger with each passing day. As per the Bloomberg Crypto Index 2021, Bitcoin is more likely to resume appreciating toward $100,000 resistance rather than sustaining below $20,000. Any movement above $40,000 could kickstart a decisive price surge for Bitcoin.