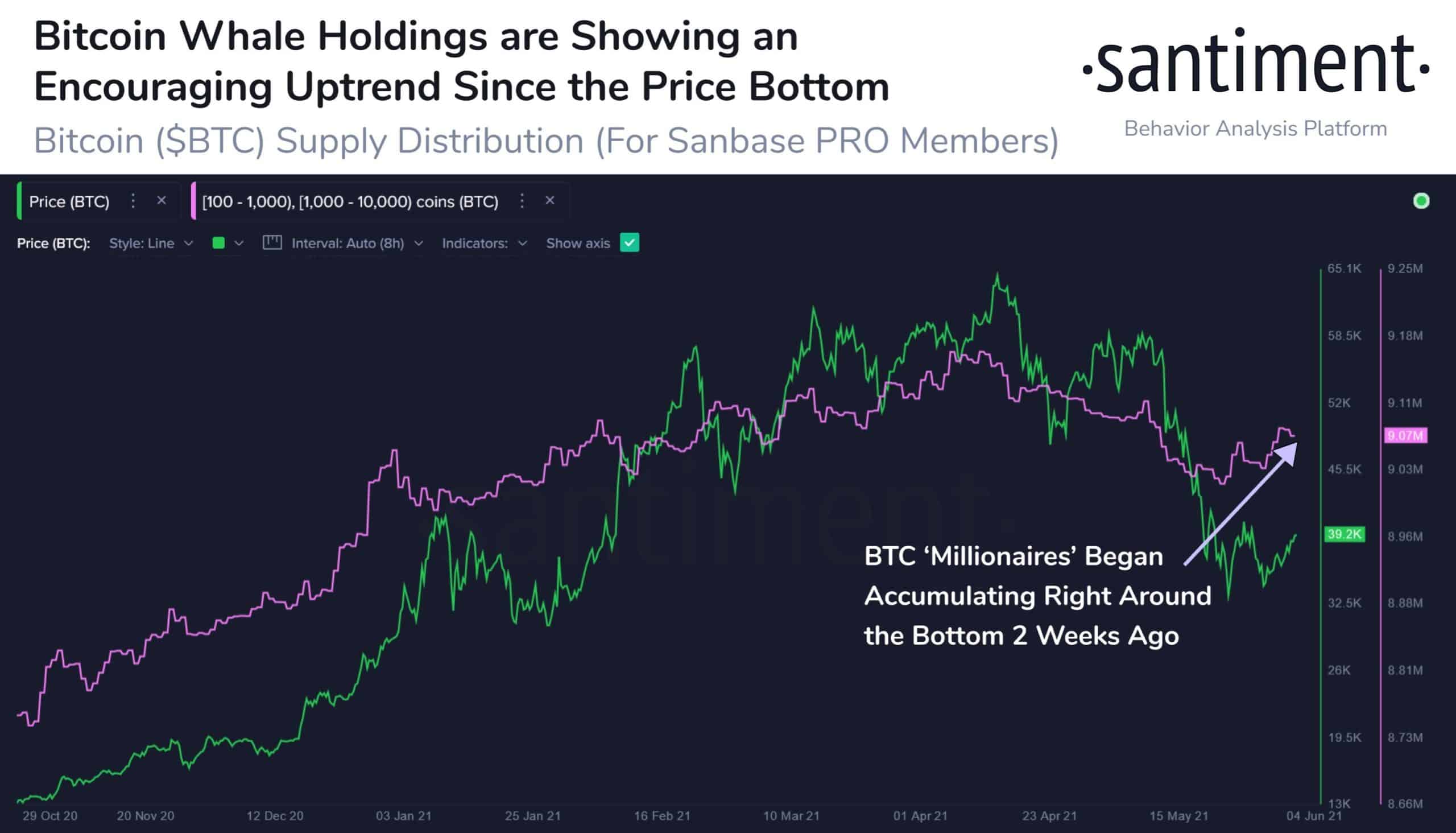 Bitcoin whales seem not to care about Elon Musk’s comments on bitcoin anymore as they have continued accumulating significant portions of the asset. Such wallets have expanded their BTC holdings by roughly $2 billion since the market started dumping.

Bitcoin whales are typically described as wallets containing between 100 to 10,000 bitcoins. According to data from the analytics company Santiment, such addresses have been unfazed by the latest developments in the cryptocurrency market and, more specifically, Elon Musk’s controversial role.

Whales have only intensified their purchases of the primary cryptocurrency. Santiment asserted that they have “added 50,000 BTC to their wallets.” Put in USD terms, this sizeable amount represents almost $2 billion.

As the graph above illustrates, bitcoin whales netter some profits as the cryptocurrency headed towards its all-time high in mid-April at $65,000. However, they indeed bought the dip during the subsequent market crash and were especially active as BTC bottomed at $30,000.

Apart from whales purchasing more portions, it’s worth noting that long-term holders and miners refuse to sell theirs, as reported yesterday.

What’s particularly intriguing about whales’ accumulation now is the timing. BTC’s price ranged around $37,000 for a few days before it suddenly spiked to a six-day high just shy of $39,000.

However, Tesla’s CEO, Elon Musk, stepped in at this point. Another controversial tweet by the billionaire sent the cryptocurrency south as BTC lost roughly $3,000 in a day.

This is far from being the first example of Musk-induced volatility in the market. In fact, ever since the EV company he runs disabled bitcoin payments last month, his words typically lead to steep corrections.

Nevertheless, while bitcoin still appears to be playing by Musk’s fiddle to some extent, it seems that the larger players no longer pay attention to his ironic comments on social media.

Musk’s role has been widely discussed within and outside of the cryptocurrency space. However, the majority believe that the market will mature only when it stops swinging after his engagements. In fact, this is what Miami’s mayor, Francis Suarez, asserted yesterday as well.