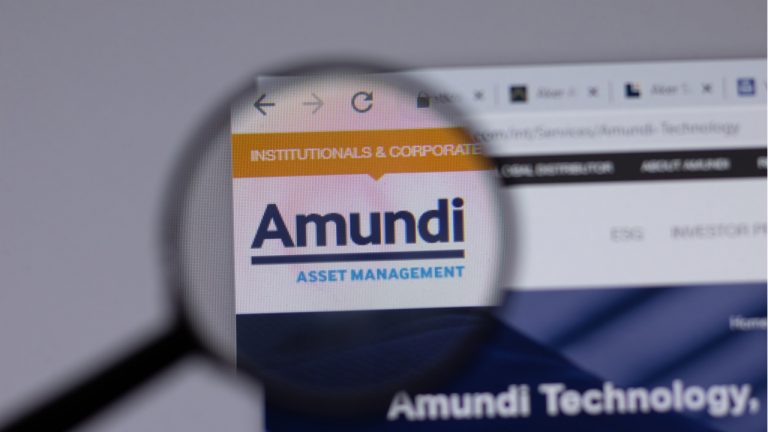 Pascal Blanque, CIO of Amundi, one of the biggest asset managers in Europe, has stated that bitcoin and other cryptocurrencies are a farce, exposing its skeptical stance on the real value of cryptocurrencies. The investor stated that crypto assets are an expression of markets making bubbles and that investors should focus on other more logical assets.

CIO of Amundi States Cryptocurrencies Are a Farce

Pascal Blanque has declared that bitcoin and similar cryptocurrencies are a farce during a recent news conference, according to a report from Reuters. The skeptic also said that cryptocurrencies were a clear symptom of a bubble-led market.

Blanque, who has been CIO of Amundi and Head of the investment management platforms since 2005, was not shy in professing his incredulity when it comes to the new asset class that bitcoin and other cryptocurrencies have become. However, he did praise them due to the new paradigm these introduced to the economy, making central banks really feel the need for a digital push on their monetary strategies. In this subject, Blanque stated:

“Bitcoin will be remembered for pushing central banks to adopt digital money,”

He also referred to the fact that cryptocurrencies were still in their incipient stages, and that regulators would ultimately crackdown on them “stopping the music.” To Blanque, investors will be better at turning their attention to the east and diversifying their investments with more exposure to the Chinese currency, the yuan.

Amundi, an asset management company with more than $1.7 trillion assets under management, has not expressed any interest in expanding its portfolio to include cryptocurrencies, and with Blanque at the helm of the investing strategy, it is unlikely they will do so in the near future.

The Push for Digital

While the ECB is still studying better ways to issue a digital euro, there are other countries that have already implemented or are in the process of issuing their own digital currencies. This is the case of China and the Bahamas, which have already issued their digital fiat counterparts in broad testing applications, and many more countries are researching and issuing their first guidelines, like Brazil.

What do you think about the stance that the CIO of Amundi has on cryptocurrencies? Tell us in the comments section below.