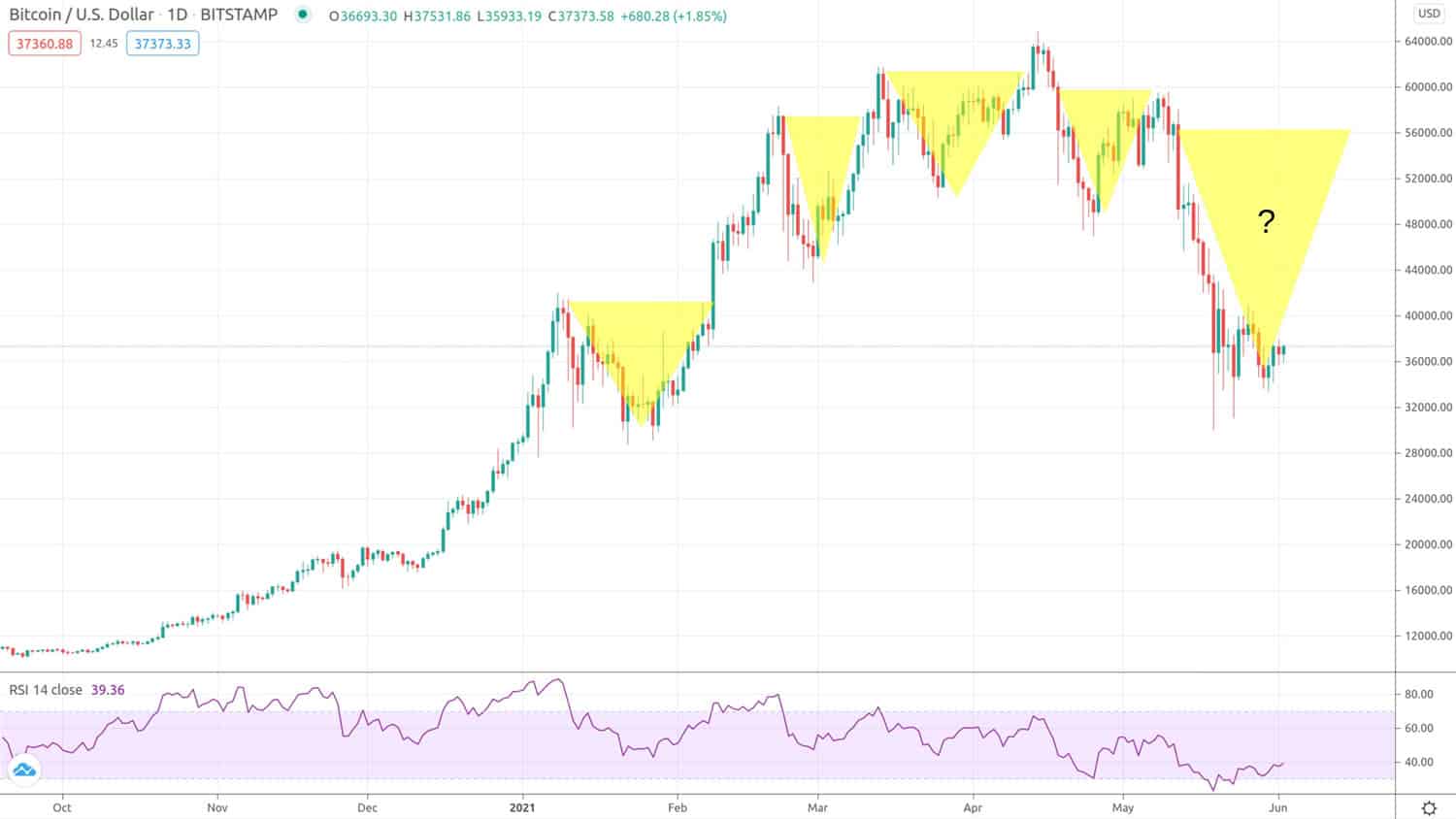 With range-bound movements for the past ten days or so, Bitcoin is readying for another big leg up or down. The chart patterns are showing a pennant formation that will eventually come to a conclusion resulting in a larger move.

These triangles are continuation patterns that usually result in more of the same, and in this case, the trend has been down since mid-April.

As reported by CryptoPotato, a death cross is looming, which is also an indication of a larger dump to follow. Some analysts have predicted a fall to the $18,000 level, and this does not seem too far-fetched considering the recent market sentiment.

The Bitcoin fear and greed index is still buried deep in the red, registering an ‘extreme fear’ level of 24 at the time of writing.

Things may not be all that bad, though, as the long-term fundamental properties of the asset remain intact and institutional funds are in it for the long run.

Analyst and creator of the stock-to-flow model, ‘PlanB,’ has taken a look at the previous corrections noting that they have all been v-shaped. This, he said, could be indicative of institutional buying, which may drive the next leg up.

“Combined with positive divergence on RSI and a symmetrical triangle having a possible breakout of $10.000… a very plausible scenario. We could end up around $48 or $25k the next couple of weeks,”

Meanwhile, chart guru Peter Brandt suggested a worst-case decline to around $21,000, asking why anyone would bail on non-leveraged longs when the market had already dumped so far:

Why would someone bail out of non-leveraged longs when the market already had 80% of worst case drop?

At the time of press, BTC was trading up 3.4% on the day at $37,750, according to CoinGecko. It hit an intraday high of $38,225 which was higher than yesterday’s but still within its range-bound channel.

Its next major target is the May 27 high of $40K, but that still would not take it out of consolidation. On the downside, a fall below $36K could send the asset tumbling to another lower low, accelerating the formation of the dreaded death cross.