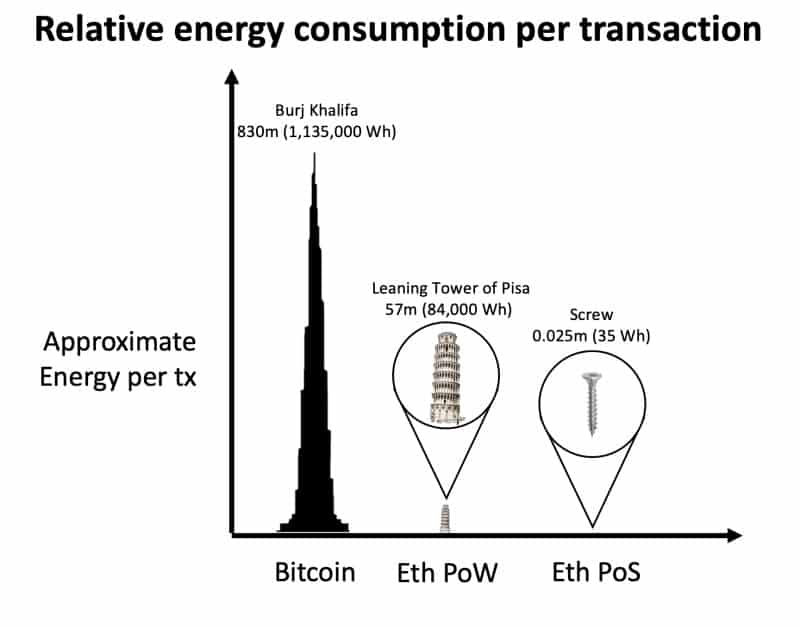 The largest Ethereum wallets have refused to dispose of substantial quantities of their holdings despite the massive turbulence that the asset experienced in the past week.

At the same time, a study compiled by a researcher from the Ethereum Foundation estimated that once the network transitions from PoW to PoS, it will reduce the energy consumption by 99.95%.

Ethereum’s Whales Have Not Sold

The second-largest cryptocurrency has been among the best performers since the start of the year when it traded below $800. In the months that followed, ETH broke above several round-numbered milestones on its way towards its latest all-time high above $4,400.

After charting year-to-date gains of over 450%, though, came last week’s turbulence that drove the asset to a low of just over $3,100.

These enhanced fluctuations typically harm investors’ perception of their holdings. However, that doesn’t seem to be the case with the largest Ethereum whales.

Data from the analytics company Santiment reveals that addresses containing 10,000 ETH or more have “not budged on the recent volatility.” The firm added that there are just eight less such wallets compared to a week ago.

However, smaller addresses – meaning accounts holding between 100 and 10,000 tokens, have started to dispose of their assets. As a result, they have reached a 3-year low.

PoS to Reduce Energy Consumption by 99.95%

Carl Beekhuizen, a researcher from the Ethereum Foundation, published a post on the hot topic of energy consumption. More specifically, he targeted the ongoing concerns that proof of work-based blockchains, such as Bitcoin and Ethereum (at the moment), cause environmental issues due to the substantial amount of energy needed for mining.

However, the Ethereum developers are actively working on transitioning the network to proof of stake, which should address several of the current network problems. Apart from improving transaction speeds, costs, and security, PoS will also vastly reduce energy consumption, argued Beerkhuizen.

In fact, he believes that the migration will decrease the consumption by 99.95%. He estimated that the 87,000 validators now consume 1.64 megawatts. Even if the number goes to 2.62 megawatts after the transition is complete, the Ethereum blockchain will use as much energy as a “small town (around 2,100 American homes).

For reference, some reports suggest that Bitcoin’s yearly energy consumption surpasses that of New Zealand and Belgium – combined. Beekhuizen outlined a compelling graph to showcase how substantial will be the difference between ETH PoS, ETH PoW, and Bitcoin (PoW).