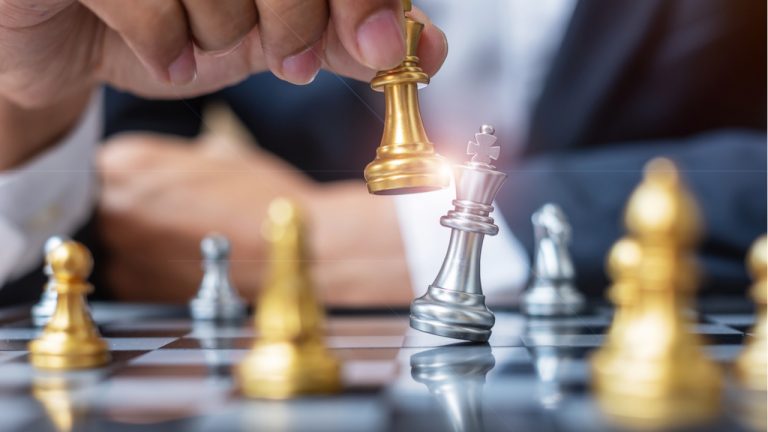 Chess.com, one of the most popular chess internet sites, has announced it will host a contest called “Cryptochamps,” a crypto-themed chess tournament. The event, which will be sponsored by Coinbase, will feature several important cryptocurrency personalities and will offer prizes that will be donated to charity next month.

Chess.com, the largest chess-playing site on the internet, just announced it will host a new cryptocurrency-themed tournament called Cryptochamps. Powered by Coinbase, the online event will pit important crypto influencers and other characters against each other starting June 12. Some of the participants of the tournament include known Bitcoin influencer Anthony “Pomp” Pompliano, founder and CEO Of Optimism Jing Wang, co-founder of Paradigm Matt Huang, Coinshares CSO Meltem Demirors, Civic CEO Vinny Lingham, and the crypto podcaster Peter McCormack.

The influencers will compete for a total prize of $25,000 that will be donated in its entirety to several charities. First, players will face defining two brackets, with winners going to the winners’ bracket, and losers continuing in the consolation bracket. Cryptochamps matches will be broadcasted live by chess.com on its Twitch channel. This tournament is part of a themed series of events that chess.com is making, being preceded by Pogchamps, another themed event.

This is not the only cryptocurrency-related chess championship slated to happen in the near future. FTX, the known crypto derivatives exchange, is now an official partner of the Champions Chess Tour 2021, hosting one of the individual events in the tour. Called the FTX Crypto Cup, it will feature the participation of several major chess players in the world, offering a prize of $320,000, of which $100,000 will be paid in cryptocurrency by FTX.

Coinbase and FTX are now interested in bringing cryptocurrency awareness to other disciplines and sports, and chess is one of the most important disciplines out there. FTX CEO Sam Bankman Fried recognized this, stating that both online chess and digital finance were growing rapidly, with its company having an interest in fostering this relationship.

The company Chess.com has been into crypto assets for quite some time now. Bitcoin.com News reported on Chess.com being convinced by a Bitcoin Cash supporter to accept the peer-to-peer cryptocurrency for memberships. At that time in March 2019, Erik Allebest, the CEO of Chess.com, noticed about 100 emails in his inbox and decided to add BCH support.

What do you think about the Cryptochamps chess tournament? Tell us in the comments section below.