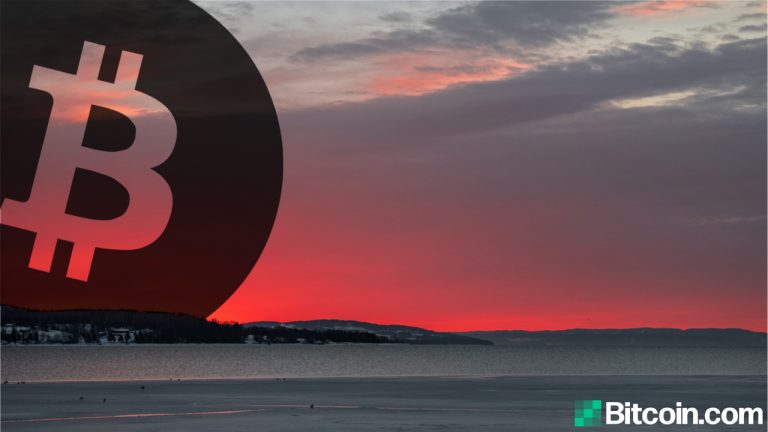 The price of bitcoin has dropped to a new low for the month of May, sliding to $42,100 per unit during Monday evening’s trading sessions. While a few analysts see bitcoin rebounding and gathering new highs in the coming weeks, a few crypto market strategists believe bitcoin prices could sink much lower than today’s current values.

The other day, Bitcoin.com News reported on Plan B’s stock-to-flow bitcoin (BTC) price model and how the model’s creator is still positive about the bull run moving forward. A number of other crypto proponents believe that BTC will climb back again and think that a correction was in the cards even before Tesla’s recent announcement.

However, a few analysts are talking about much lower BTC prices coming in the weeks ahead as Cornerstone Macro’s Carter Worth believes bitcoin could hit $29k.

Cornerstone Macro’s Carter Worth appeared on CNBC this week and stressed that he thinks the current price is a top support region. Worth, who is also called the ‘Chartmaster’ sees BTC dropping 55% from the crypto asset’s high. The ‘Chartmaster’ told “Fast Money” hosts Melissa Lee, Guy Adami, Tim Seymour, Dan Nathan and Brian Kelly “were we to go down 55%, we’d be in the lower end of support.” A 55% drop from BTC’s highs would land just below the $30k region according to stats. Worth further stated:

I think we’re in support— it’s fighting, but my hunch is it goes lower.

In a note sent to Bitcoin.com News, Balani wrote that the leading crypto asset hasn’t hit bottom yet. “Despite a sharp correction and BTC price trading in the support zone of $42,000-$44,000, we don’t think bitcoin has found a floor yet,” Balani said. The Delta Exchange executive added:

Unlike the previous dips in bitcoin – in the last 9 months – this time, we are not finding any buyers looking to bottom fish on a sharp move down. Most traders are convinced of further downside and are looking at 35,000-38,000 levels on BTC. The 200 DMA at ~38,000 should act as strong support for bitcoin, but the recovery is going to be slow and we might spend the next few weeks around current levels.

In another note sent to Bitcoin.com News, Sycamore said he reported in early May that the leading crypto asset was due for “another leg lower (Wave c) towards support at $42,000 where signs of basing will be watched for as an opportunity to buy bitcoin, in anticipation of the uptrend resuming.”

“While there is nothing concrete yet in terms of a base at $42,000, it’s encouraging to see the support level highlighted in our previous article well-defended thus far,” Sycamore told Bitcoin.com News. “Not far below, is support from the 200-day moving average at $39,700. Should this support region hold, a daily close above $48,000 would be an initial indication the uptrend has resumed, looking for a retest of the April $64,895 high,” the APAC market analyst added.