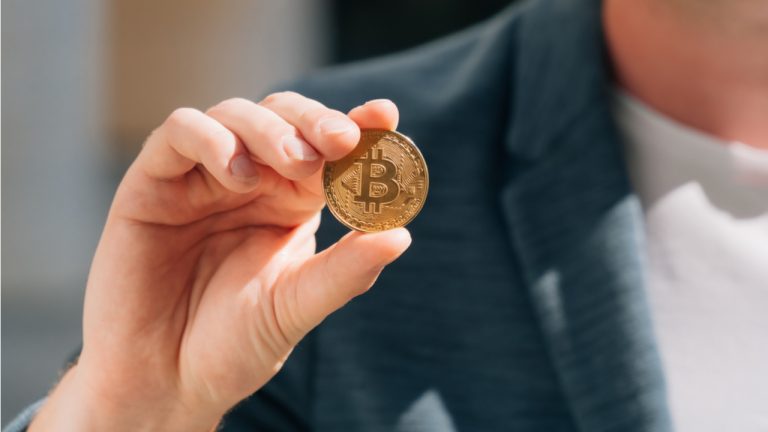 Myspace founder Tom Anderson has joined the heated chatter surrounding the recent crypto market drop. The now-retired entrepreneur expressed his feelings about the situation, posting a laser eyes photo of himself accompanied with a short caption, “Buying The Dip.”

Tech entrepreneur and Myspace cofounder Tom Anderson took to social media to share his reaction on the latest crypto market correction which pushed the price of bitcoin (BTC) below $43,000 on Monday. Cheering up worried and agitated crypto enthusiasts, Anderson tweeted “Buying The Dip” and attached a laser eye meme of himself.

Anderson hasn’t been particularly active on Twitter in the past few years and his post was met with comments in the tone of “Ur aliveeeeeeee omg,” “Go go go!,” and “investing at 23 likes.” And when he is posting, you are more likely to see him sharing pictures from exotic destinations around the world rather than topical crypto memes.

The recent market dip has been largely blamed on the latest tweets of another famous and much more active entrepreneur, turned-crypto-influencer, Elon Musk. It all started with Tesla chief executive’s announcement last week that the electric car company suspends vehicle purchases with bitcoin (BTC). Then came his “Indeed” reply to someone else’s tweet hinting that Tesla might be dumping coins. Hopefully, it could all end with Musk’s latest comment: “To clarify speculation, Tesla has not sold any bitcoin.”

Tom Anderson is now spending most of his time away from public attention. His Twitter bio reads “Enjoying the good life” and lists his latest hobbies including surfing and photography. He retired as a multi-millionaire before turning 40 to devote to another passion, architecture, and design, more than a decade ago. He is also a known traveler sharing pictures of exotic destinations on Instagram regularly.

In 2003, Anderson cofounded Myspace, which became the largest social network in the world, reaching 115 million users at its peak, before Facebook took the lead in 2009. In April of that year, he was released as president of the company, which had been already sold to News Corp. The entrepreneur is also known as “Myspace Tom” as he used to be assigned by the platform as the first friend of new Myspace users.

What’s your take on the latest developments in the crypto space? Share your thoughts on the subject in the comments section below.