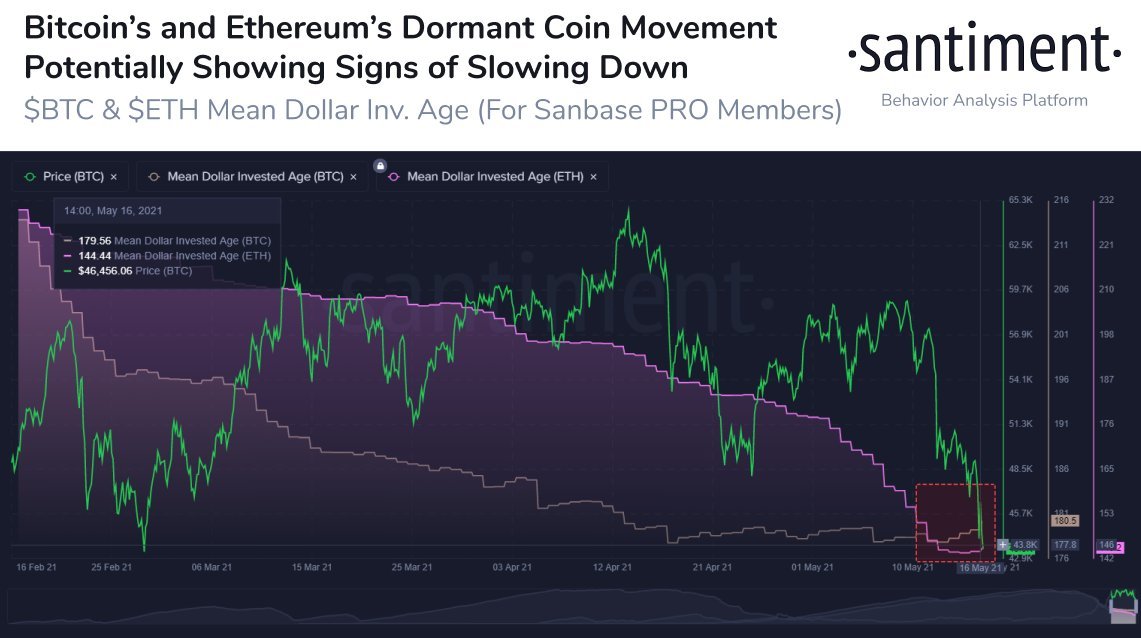 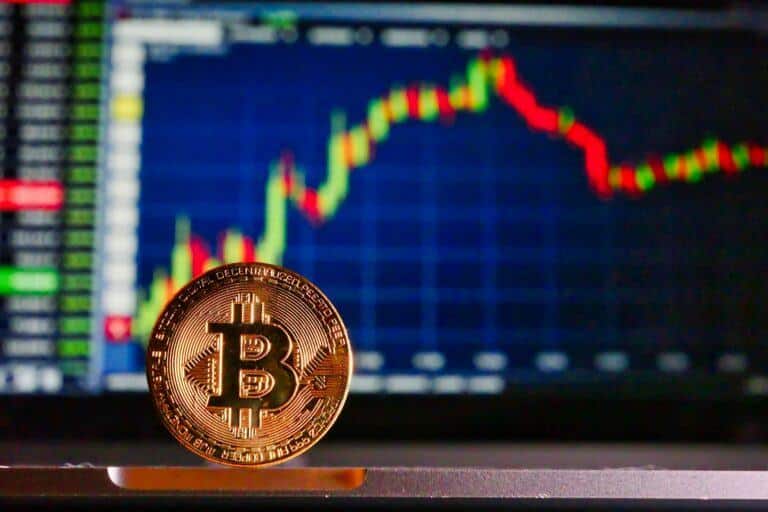 Earlier today, the Bitcoin (BTC) price crashed to under $45,000 after Elon Musk raising speculations of Tesla possibly selling Bitcoins anytime ahead. Later Musk confirmed that Tesla hasn’t yet sold its holdings. However, the damage was already done.

As the FUD hit the crypto market, the on-chain volume shows that the short-term Bitcoin holders ended up booking major losses while losing their supplies to long-term holders and miners.

The story of this #Bitcoin dip in 4 charts

#bitcoin implied volatility spiked to highest level in a year this weekend pic.twitter.com/YY358Ent4K

Earlier today, on-chain data provider Santiment also noted that the recent dips in BTC and ETH prices are leading to stagnancy in the movement of dormant coins.

Before today’s Bitcoin price crash the BTC price was struggling to breach the $50,000 resistance. Over the last month, Bitcoin has continued to remain under pressure while altcoins were leading the market rally. While long-term holders have continued accumulating during this downturn, traders have been hesitant to buy the dips recently.

Recently, after Tesla and Elon Musk denouncing Bitcoin citing environmental concerns, Twitter CEO Jack Dorsey came to the rescue saying “bitcoin changes everything for the better”. He also added that they will continue to work forever to make the Bitcoin ecosystem better.

Jack Dorsey’s digital payments company Square has invested over $150 million in Bitcoins over the last few months. The company announced that there’s no change at all in its Bitcoin strategy.