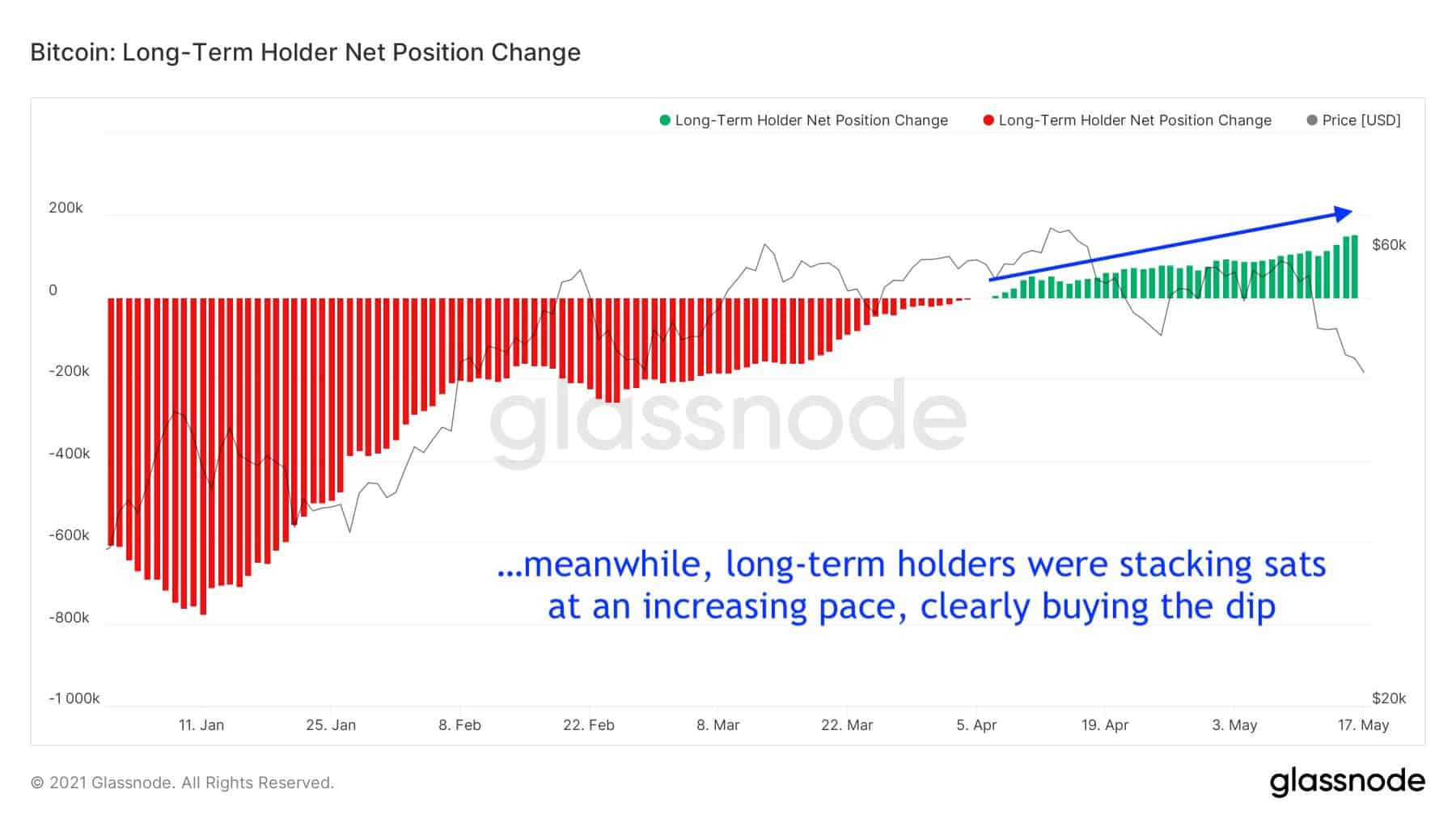 Bitcoin investors have started to deposit substantial amounts of their portions into exchanges, on-chain data shows. Consequently, a popular analyst expects the asset’s price to stay at current levels or, most probably, to keep dumping in the following days.

Bitcoin’s price was on a wild rollercoaster ride in the past week or so with Elon Musk receiving most of the blame. After he and Tesla announced that customers can no longer purchase electric vehicles with BTC, the asset went on a downfall.

In days, the primary cryptocurrency fell by more than $15,000, resulting in reaching a new three-month low at just over $42,000.

Aside from the short-term price impact, Musk’s words also spurred the community into a continuous debate about BTC’s features, energy consumption, efficiency, and more. This may have caused more serious disruptions for bitcoin investors, especially in the short run.

Data from CryptoQuant suggests that holders have started to deposit larger portions of their BTC stash to exchanges. Consequently, the analytics firm’s CEO, Ki Young Ju, predicted that the bearish price developments may continue.

“BTC seems likely to consolidate in a wide range or be bearish in a few days. The average amount of BTC deposits is significantly increasing again. This is a pretty unusual situation.” – he asserted.

On-chain data from Glassnode shows that during this sizeable correction, which saw BTC’s price retrace by over $20,000 from its peak, short-term bitcoin investors were the ones who disposed of their positions. In contrast, longer-term investors, also referred to as HODLers, have kept accumulating even as the price retraces.

By examining the Short Term Holder SOPR (wallets with UTXOs with a lifespan of less than 155 days), the analytics company’s data shows that such investors have capitulated in the past several days and have ever sold at a loss.

At the same time, the Long-Term Holder Net Position metric has risen, indicating that these investors have increased their bitcoin positions.

Bitcoin miners have also refused to sell as their holdings have grown since early April. They were most actively selling until the end of January.