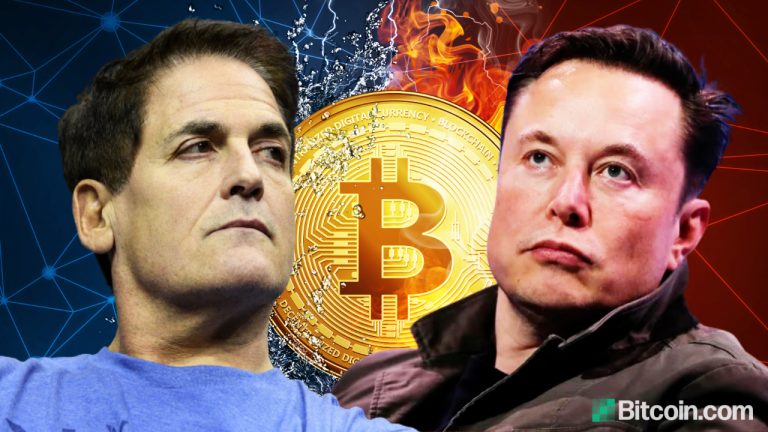 Shark Tank star and the owner of the NBA team Dallas Mavericks, Mark Cuban, has made an argument that accepting cryptocurrencies, including bitcoin, will actually help the environment. He told Elon Musk, whose electric car company Tesla has suspended accepting bitcoin, citing environmental problems.

Billionaire entrepreneur and investor Mark Cuban has a message for Elon Musk after the Tesla CEO announced that his electric car company has suspended accepting bitcoin for payments. Cuban tweeted Wednesday:

We at Mavs.com will continue to accept BTC/ETH/DOGE because we know that replacing gold as a store of value will help the environment.

Tesla cited environmental issues as the reason for the suspension of bitcoin payment acceptance. “We are concerned about rapidly increasing use of fossil fuels for bitcoin mining and transactions, especially coal, which has the worst emissions of any fuel,” Tesla wrote. 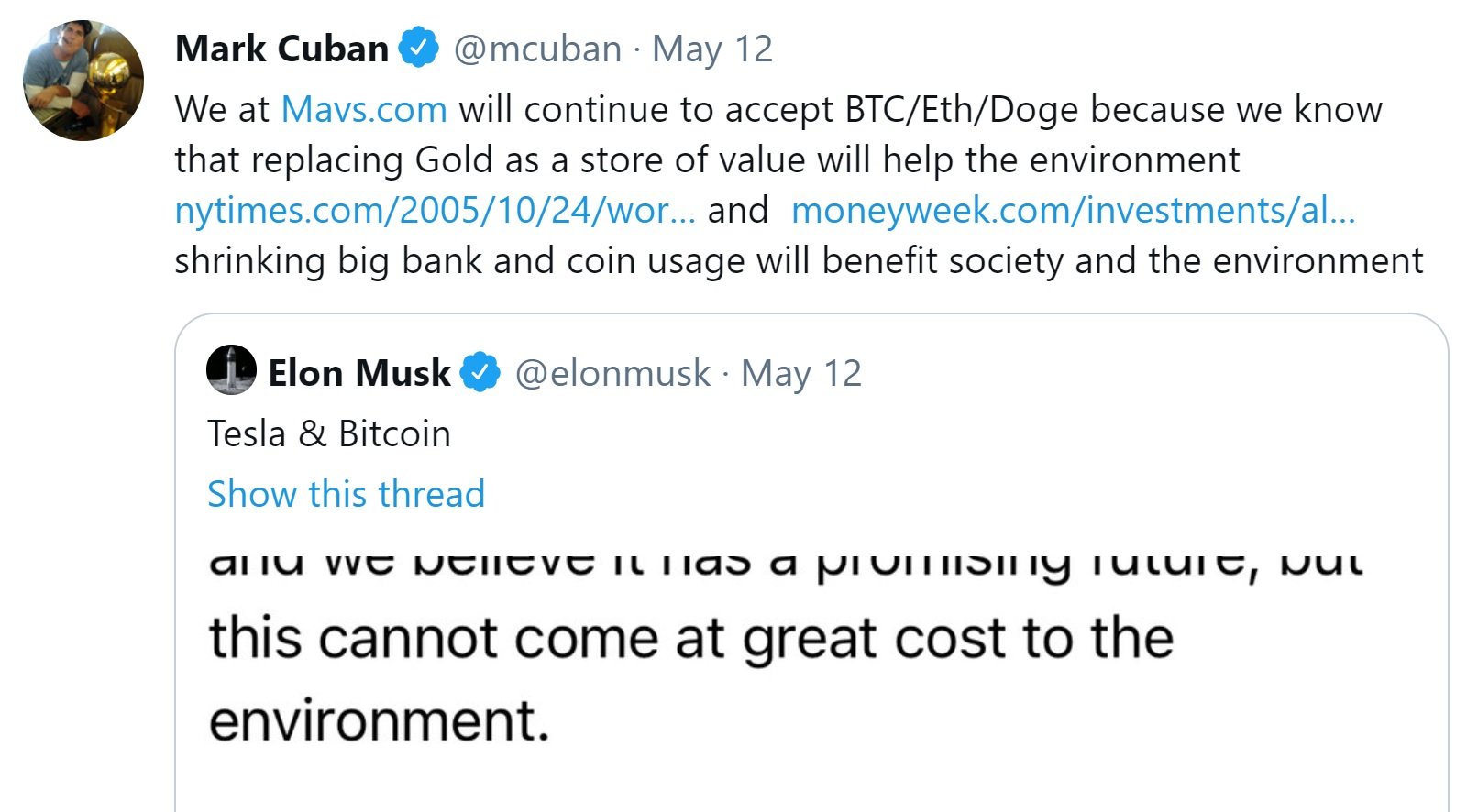 In his tweet to Musk, Cuban cited an article by The New York Times published back in 2005 that shed light on the gold mining industry based on the publication’s months-long examination, including tours of gold mines in the American West, Latin America, Africa, and Europe.

“Some metal mines, including gold mines, have become the near-equivalent of nuclear waste dumps that must be tended in perpetuity. Hard-rock mining generates more toxic waste than any other industry in the United States, according to the Environmental Protection Agency. The agency estimated last year that the cost of cleaning up metal mines could reach $54 billion,” the article details.

Another article Cuban referred to was published by Moneyweek in January this year entitled “Bitcoin does consume a lot of energy — but here’s why it’s worth it.” The article points out that much of the energy bitcoin mining consumers is renewable, noting that half of the global bitcoin mining takes place in Sichuan, China, because of hydroelectricity.

“Roughly 5% of Sichuan bitcoin mining power comes from nuclear or burning coal. 95% is from renewables,” the article says. Moreover, Coinshares’ research found that the Bitcoin network obtains 74% of its electricity from renewable sources.

Shrinking big bank and coin usage will benefit society and the environment.

Do you agree with Mark Cuban or Elon Muk? Let us know in the comments section below.