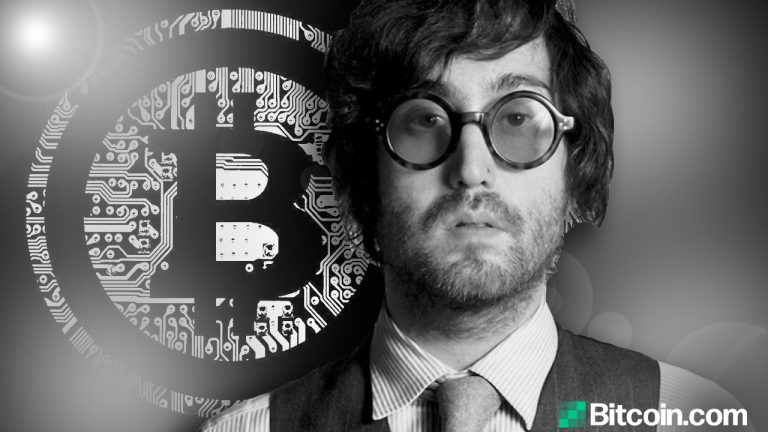 Over the course of the last week, the concern tied to the environmental impact bitcoin mining produces continues to be a very topical discussion. On May 14, the musician and activist, Sean Ono Lennon, the son of John Lennon and Yoko Ono, said that he’s more concerned with consumerism than those complaining about bitcoin’s use of electricity.

Sean Ono Lennon, the son of the Beatles’ John Lennon, is a fan of the leading digital currency bitcoin (BTC). Back in November 2020, Lennon discussed the subject on the “Orange Pill” podcast with hosts Max Keiser and Stacy Herbert. During the interview, Lennon told the “Orange Pill” podcast hosts that he felt like “bitcoin is something that empowers individuals.” The British-American musician further added that bitcoin “empowers people in a way they’ve never been empowered before.”

This week on Twitter, Lennon has made another statement about bitcoin, after the recent Elon Musk and Tesla controversy that sparked concerns over the network’s carbon footprint. It seems that Lennon understands that bitcoin miners use a great deal of renewable energy and the musician thinks there are bigger issues humans should consider. On Friday Lennon tweeted:

Ppl wearing jeans and drinking coffee and eating almonds and avocados and driving cars and taking flights and using cellphones and buying new computers while complaining that #bitcoin uses electricity (70% of which is renewable).

Lennon’s bitcoin tweet, which criticized the very fabric of mindless consumerism, was quite popular receiving thousands of likes and retweets. Some individuals replied to Lennon and discussed how humans eat a lot of meat, as they believe this causes quite a bit of greenhouse gases that could be curbed. Some people attacked bitcoin and one person called the cryptocurrency a “pyramid scheme.” Lennon responded to the pyramid scheme commentary and said:

Ppl tend to completely misuse the terms Ponzi and pyramid scheme. #bitcoin has none of these features, not even vaguely.

A few other individuals responding to Lennon’s statement about bitcoin said it wasn’t about the environment and more about control. “Let’s be honest, it has nothing to do with their concern for the planet. They don’t like it as they have no control of crypto,” the person said to Sean Ono Lennon on Twitter.

Sean Ono Lennon also sports a bitcoin hashtag on his Twitter bio and following his tweet about consumerism being a bigger problem, Lennon made another carbon footprint remark.

Do you agree with Sean Ono Lennon’s views about bitcoin and the environment? Let us know in the comments section below.