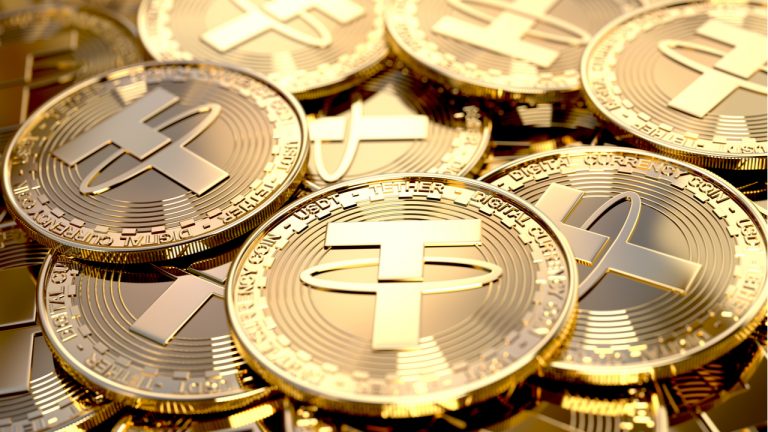 Tether, the largest stablecoin by market cap, has reached a milestone by issuing 30 billion USDT on top of the Tron blockchain. While the stablecoin is now present on several chains, including BSC (Binance Smart Chain) most of it is now on Tron due to the blockchain’s low transaction fees, which make using it easy and cheap.

Tether, the biggest stablecoin in the market, has reached a volume of 30 billion USDT issued as TRC20 tokens on the Tron blockchain, being this the highest the stablecoin has issued on top of any chain so far. The announcement was made by Tron’s founder Justin Sun via Twitter, where he congratulated the company for reaching this milestone.

🎉Congrats on #TRC20–#USDT reaching the milestone of 30 Billion, as the best-performing stablecoin with immediate transactions and free handling fees on #TRON.

📢The circulation amount of #TRC20–#USDT issued by @Tether_to on the #TRON network exceeded 30.9 Billion. pic.twitter.com/HCabocSNPj

Now, according to official information taken from Tether’s website, there are almost 60 billion USDT issued, with Tron as the dominant chain. Ethereum is now second, with approximately 27 billion USDT issued as ERC20 tokens. Omni, the bitcoin-based protocol, still has more than a billion USDT issued on top of it. While Tether has gone multichain since a long time ago, other chains haven’t picked up steam, being Solana the fourth one, with almost 200 million USDT issued.

The issuance of Tether has ramped up since the bull market phase started, going from 10 billion USDT in August 2020 to almost 60 billion USDT today, according to data from Glassnode. This means that the quantity of Tether available in the market grew five times in less than a year, explosive growth for such a short period.

The Not so Slow Migration

Tether launched on Tron in April 2019, but it failed to gain notoriety until this year when it slowly took some of the market valuation from its Ethereum counterpart. Users were attracted to the Tron version of tether (USDT) due to its almost free, instant transactions. Ethereum started facing congestion issues this year, and users have had to wait hours for costly transactions. However, even with these problems, tether is still one of the most used currencies in decentralized finance (defi) platforms, with hundreds of million staked in protocols like COMP and AAVE.

The dominance of tether in the cryptocurrency stablecoin market is impressive, even with all the legal troubles and the controversy it has faced. The currency was recently listed in Coinbase, a big achievement even after being fined $18.5 million by the NY Attorney General Office in a settlement in February.

What do you think about Tether reaching 30 billion USDT issued on Tron? Let us know in the comments section below.