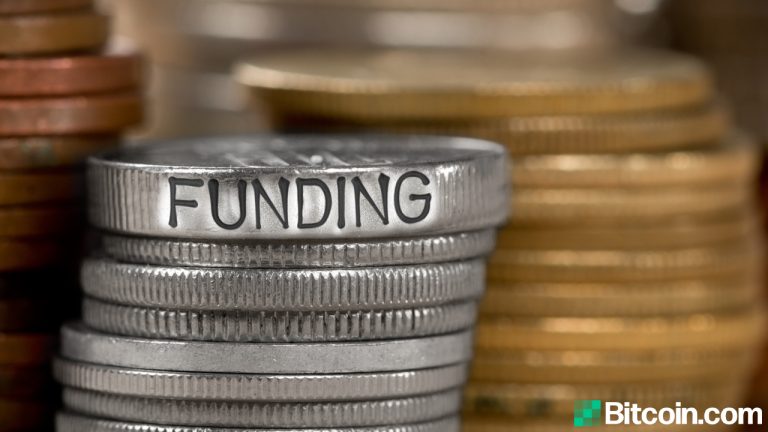 Beyond expanding the reach of blockchains’ functionality, projects are striving to improve upon existing technologies with their capital injections to build a more safe, secure, and seamless user experience that will drive the next generation of products and services.

As the number of different decentralized finance (defi) lending protocols explodes, Moma Protocol aims to help the ecosystem scale infinitely by bringing aggregating liquidity and markets through its smart contract factory. Part of this undertaking is designed to bring more liquidity to long-tail digital assets and expand the defi ecosystem’s overall appeal.

The latest $2.25 raised by Moma Protocol was led by Fundamental Labs and Sevenx Ventures and joined by 17 other major investors in the blockchain arena. The company intends to leverage these funds to help facilitate infinite expanded liquidity and lending diversity in the defi space. The protocol will officially be launched during the second quarter of 2021, with a beta version currently live.

As the demand for blockchain scalability and cost-efficiency rises further, Metis is stepping up to the challenge with its layer 2 solution known as Metis Rollup. The new layer will enable the development and management of decentralized apps (dapp), especially defi-focused applications, in an environment that is designed to be exceptionally user-friendly and low-cost.

The latest $4 million raised from a consortium of investors including AU21, Block Dream Fund, DFG, Master Ventures, Parsiq, Titan Ventures, community supporters, and many more follows $1 million in funding realized to date through initial seed, angel, and private investors. Metis will initiate an initial DEX offering (IDO) via the IGNITION Launchpad and Gate.io starting May 13th.

QAN Platform Raises $2.1 Million to Develop and Promote its IP

Infrastructure continues to be a serious attraction for investors as QAN Platform’s quantum-resistant hybrid blockchain closes a $2.1 million funding round from Black Dragon, Delta Hub Capital, Fairum Ventures, and Insignius Capital. Investors were selected based on their community-driven focus, which remains a key value supported by QAN Platform’s leadership.

Defi continues to attract a surge in participation from crypto enthusiasts and investors alike, yet holes in the ecosystem have caused investor losses. Between rug pulls, exploits, and hacks, many risks can capsize a defi portfolio. Shield Finance intends to address these risks through its forthcoming insurance aggregation platform.

Crypto financial services platform Bitrue is rolling out a freshly conceived investment fund to help entrepreneurs and projects seeking the capital needed to realize their goals. The capital will primarily be aimed at initiatives with immense potential to advance the overall blockchain industry, in keeping with the company’s mission to rapidly develop new features needed to provide services to the growing digital economy.

The fund, which is 70% backed by USD Tether (USDT) and 30% backed by Bitrue Coin (BTR), will be accepting pitches from projects alongside nominations from their own community. Moreover, the exchange and financial services platform will also be independently pursuing projects that fit with its mandate. Applications for the fund’s capital will be open for the next three years.

As blockchain seeks to disrupt the multi-billion dollar arbitration industry, one company has already attracted the attention of one of the ecosystem’s most famed investors. Jur, which aims to launch a blockchain-based arbitration platform, has just landed a $1 million fundraising round from Tim Draper’s seed fund ahead of a planned public beta launch scheduled for this summer.

The initiative will focus primarily on commercial and civil disputes ranging from $5000 to $1.5 million. Besides the tapping into an area most arbitrators ignore, Jur aspires to shorten the settlement timeline from an average of 600 days to just 2-3 months, helping parties save immensely on costs. Moreover, by standardizing arbitration settlements according to the UN’s New York Convention, Jur can offer its services in 168 signatory countries, removing many of the geographic restrictions preventing more widespread service coverage.

As NFT enthusiasm steadily climbs, one decentralized autonomous organization (DAO) is taking shared ownership of these non-fungible collections to a whole new level. Just ahead of its planned token launch on Unicly beginning May 13th, community-controlled Metaverse DAO Jenny has successfully added another $7 million in capital. The latest round was led by Ascensive Assets, Animoca Brands, Metapurse, and Multicoin.

Jenny will leverage the funds to fractionalize collections of NFTs, and the accompanying community may vote to undergo liquidity events, with proceeds going to a multisignature DAO address to be allocated according to community decisions. Already, 70% of proceeds from existing Jenny token sales have been allotted to acquiring NFTs. The Unicly protocol’s smart contracts will be used to store the NFTs, before being released when the DAO votes to sell or resell works to other parties.

As blockchain advocates try and eliminate the nefarious actors and initiatives that result in rug pulls and other scams, The Dapp List is attempting to remedy this reality with a module that will empower the community to curate Web3 apps by listing or delisting projects. This planned system will be based on a system of checks and balances accomplished by dividing the community into hunters and voters through the platform’s Explore module.

Fresh off a successful $1.9 million capital raise from a group of investors, including Bitscale Capital, BR Capital, CMS Holdings, Double Peak, Gen Block, LD Capital, and SL2 Capita, the multi-chain ecosystem will allocate these funds towards ecosystem development. Moreover, The Dapp List aims to attract high-quality developers and communities to the ecosystem through the BUIDL module, helping the platform position itself as an effective Web3 adoption hub.

Do you think all this money injected into the “blockchain space” will contribute to wider adoption of the technology beyond crypto? Let us know in the comments section below.