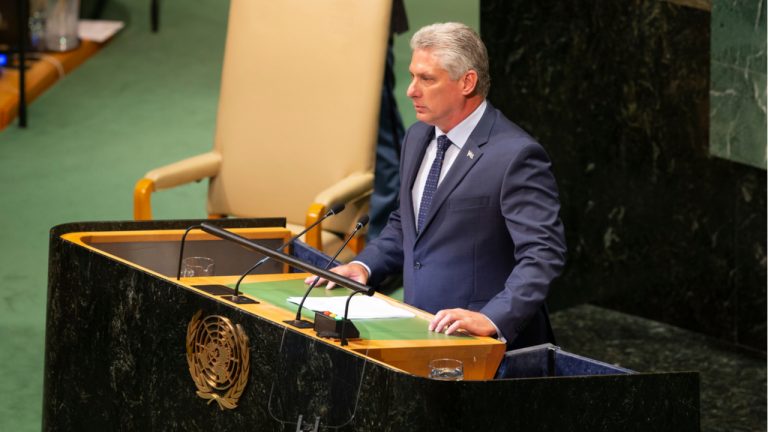 Cuba has been actively discussing the possibility of adopting cryptocurrencies over the last few months during high-political summits. This time, the president of the Caribbean island discussed crypto assets once again during a virtual currencies topic on the summit agenda, talking about the possibility to consider it for future economic plans.

According to Periodico Cubano, Miguel Díaz-Canel told regional governors and politicians during a virtual summit about a possible upcoming crypto adoption phase for “the convenience” of the national economy.

He wants to assess the feasibility of implementing such decentralized technologies and their impact on the country. Interestingly, Díaz-Canel is an electronic engineer.

Although he declined to provide further insights on the matter, the Cuban president promised to inform citizens of the latest developments about his virtual currencies’ assessment.

However, during the meeting, Díaz-Canel further talked about an alleged crypto-related Ponzi scheme, even though he declined to name the shady company. The president also commented on the dangers that digital asset scams bring to the Cubans:

In recent times, there have been monetary operations executed by transnational companies that with the use of cryptocurrencies develop speculative schemes and seek to maximize profits through procedures that could be the cause of fraud.

For example, a Trust Investing representative in Cuba, Ruslan Concepción, was arrested by the Cuban authorities on illicit economic activities charges and remains under custody awaiting a trial, said EFE via Deutsche Welle. There is no major information on the origins of the bogus company, as most of its operations targeted Cubans.

Overall, the state political party, the Communist Party of Cuba (PCC), has been flirting with the crypto industry, but with no close approach yet.

As Bitcoin.com News reported in April 2020, some members of the PCC suggested that the country should make its inception into the virtual currency sphere as “an alternative to face the current economic crisis” that the island is living.

What are your thoughts on the Cuban president’s words? Let us know in the comments section below.