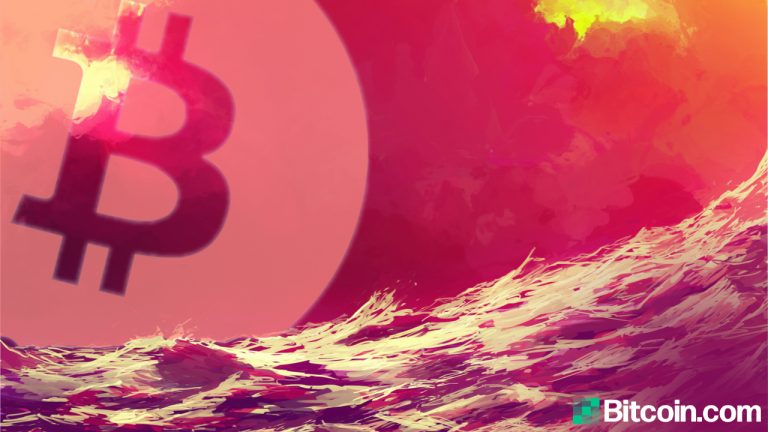 Digital currency markets have seen better days, as billions of dollars were shaved off the entire crypto-economy after Tesla revealed it would not be accepting bitcoin over environmental concerns. The entire market capitalization of all the crypto assets in existence has dipped under the $2 trillion mark, and most coins are down between 5-30% during the last 24 hours.

Bitcoin (BTC) and a large swathe of other digital assets have been under selling pressure ever since the Tesla announcement. The original announcement that took place a few weeks ago, when Tesla said it would accept BTC for payments, initially pushed the price up. The reconsideration and decision to stop accepting BTC over environmental concerns caused prices to slide. On Wednesday evening, bitcoin dropped to a low of $45,700 per unit but quickly regained some of the losses.

At the time of writing, BTC is exchanging hands for $49,722 per coin and is down close to 12% today. Seven-day stats show bitcoin is down 10% but monthly data shows BTC is still up a touch over 5%.

The second-largest market held by ethereum (ETH) is also down over 12% today and but is up 104% during the last 30 days. The two coins’ market caps are more than 60% of the entire crypto-economy with BTC holding 42% dominance and ETH capturing 19.6%.

The biggest gainers today include hydro (HYDRO), sai (SAI), and bnktothefuture (BFT). Thursday’s biggest losers include tokens like agrello (DLT), latoken (LA), and ripio (RCN). Currently the entire market cap of all the coins in existence is $1.99 trillion down 8% over the last day. The crypto economy currently has $233 billion in global trade volume and the economy’s stablecoins are getting lots of demand.

During the course of the evening on Wednesday and into Thursday, a great number of executives wrote to Bitcoin.com News and made statements about Tesla’s recent decision. Stephen Kelso, the head of markets and crypto expert at ITI Capital explained that the decision had a significant impact.

“Elon Musk has had a significant impact on bitcoin once again, but this time by causing its price valuation to plummet,” Kelso wrote. “This will inevitably lead to some short-term cold feet from the retail investors who were influenced to adopt bitcoin at the behest of Elon Musk’s initial appraisal of the cryptocurrency in the first place. However institutional investors better understand the relevance of time frames when looking at the correlations and covariances within multi-asset portfolios.”

In another note sent to Bitcoin.com News, London-based fintech investor and VP Capital founder Viktor Prokopenya also discussed the Tesla situation. “Tesla’s value has increased more than all the automotive companies in the world, and its founder Elon Musk is now the richest man on earth,” Prokopenya said. “Cryptocurrencies have emissions now; but in the future – when things will move to proof of stake – then it will have zero emissions. It is true that many cryptocurrencies are at the moment based on ‘proof of work’ or mining, and are not using energy very effectively,” Prokopenya added.

However, this will change. One hundred years ago, people made the first car. Those cars had very big carbon emissions, but that did not mean we stopped creating cars – we improved the technology. Society has now created a zero-emissions car, and we are moving towards a world where all cars will be clean.

Another analyst, Etoro’s Simon Peters, gave Bitcoin.com News some more perspective. “Bitcoin, ethereum, and other crypto assets are entering correction territory now, having dropped more than 20% from peak in most cases,” Peters said. “The sell-off is being driven by a number of factors; valuations were at or near all-time highs earlier this month, so there will naturally be some profit-taking, while we are also seeing a general sell-off among risk assets – such as technology stocks – as economies start to unlock post the pandemic and investors fret over potential rate rises and higher inflation.”

However, for many crypto assets such as bitcoin and ethereum, the long-term story has not changed. This emerging asset class continues to revolutionise many aspects of financial services, and while nothing goes up in a straight line, the long-term fundamentals for crypto assets remain as solid as ever.