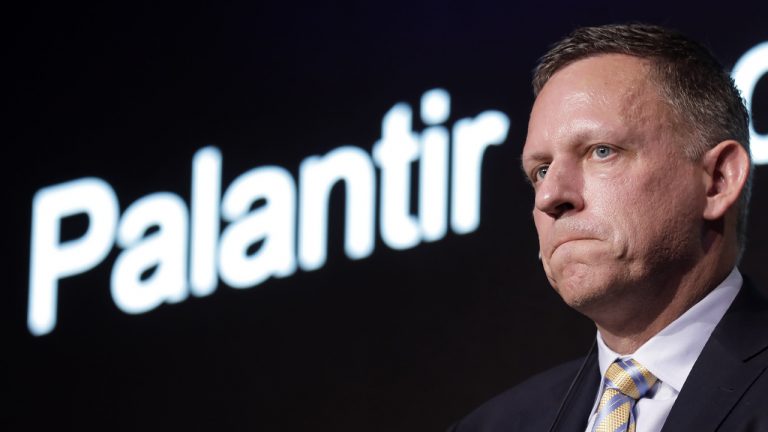 Palantir Technologies, the Peter Thiel-backed, American software company specializing in big data analytics, announced Tuesday that company plans to accept bitcoin for services. Further, like a variety of corporate entities that are accepting and holding bitcoin, Palantir is considering keeping the asset on its balance sheet.

On Tuesday, Palantir Technologies announced the firm would accept bitcoin as payment from customers, according to a report published by Reuters. The report followed Palantir’s earnings statements from Q1, and claims Palantir is considering holding the bitcoin it earns.

Palantir confirmed they accept bitcoin as payment in their earnings call this morning.

They also said they are considering adding bitcoin to their balance sheet.

The business is backed by the investor Peter Thiel, who cofounded the company in 2003 and was the largest shareholder until 2014. The company’s name stems from the Lord of the Rings series, in an acknowledgment of the book’s “seeing-stones” called “palantíri.” Palantir’s software and data analytics have been integral to the firm’s two largest clients, the United States Department of Defense and the United States Intelligence Community (USIC).

The company released its first-quarter earnings, with a reported a 49% revenue growth in Q1. Palantir said it is expecting a further “$360 million in revenue” in Q2, which is above the estimate given by a recent Refinitiv survey.

A Financial Weapon and a ‘Deeply Contrarian’ Investment

Thiel has been an advocate for digital assets for some time, claiming in 2018 that he was “long bitcoin” and that he believed institutional investors would eventually jump into the crypto economy. The same year, the Paypal cofounder stressed that bitcoin was a “deeply contrarian” investment. In recent times, Thiel alluded to China using bitcoin (BTC) as a financial weapon against the United States.

When speaking about the U.S. in terms of blockchain innovation Thiel said:

My guess is we will not be the leader in this forefront, where an authoritarian regime like China sees nearly all upside from having the capacity to issue currency or take away currency.

Palantir’s bitcoin acceptance was welcomed by crypto advocates on social media, and discussions about the company’s holding have started trending. “I feel like it’s only good for the business, no matter what the motive is,” said one of the many commentators.

What do you think about the announcement that Palantir will accept bitcoin as payment from customers and possibly holding the crypto asset? Let us know what you think about this subject in the comments section below.