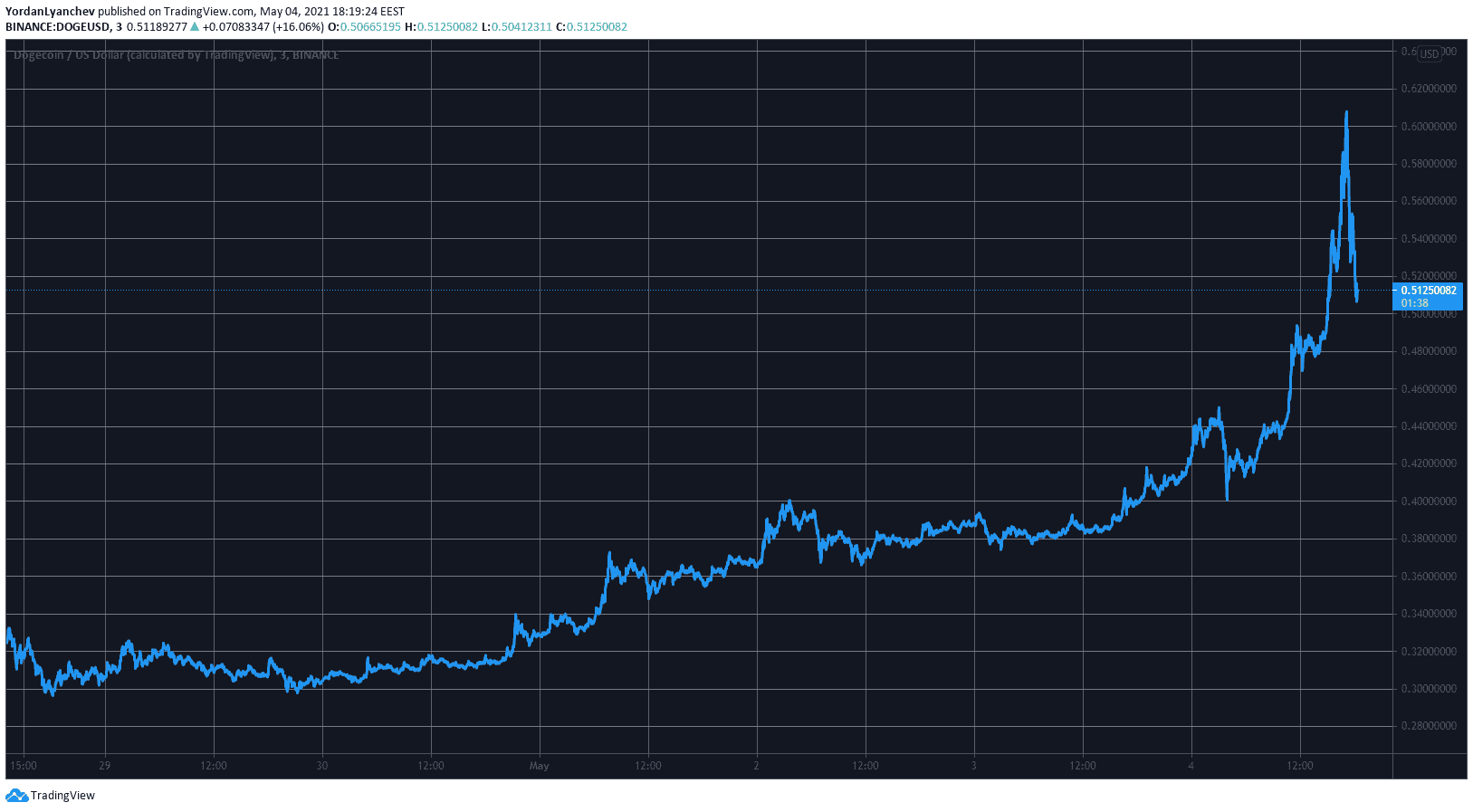 The global adoption for the popular meme coin Dogecoin continues with the listing on the Winklevoss-run exchange – Gemini. At the same time, the token skyrocketed to yet another all-time high above $0.6 and it became the fourth-largest crypto, surpassing Ripple (XRP).