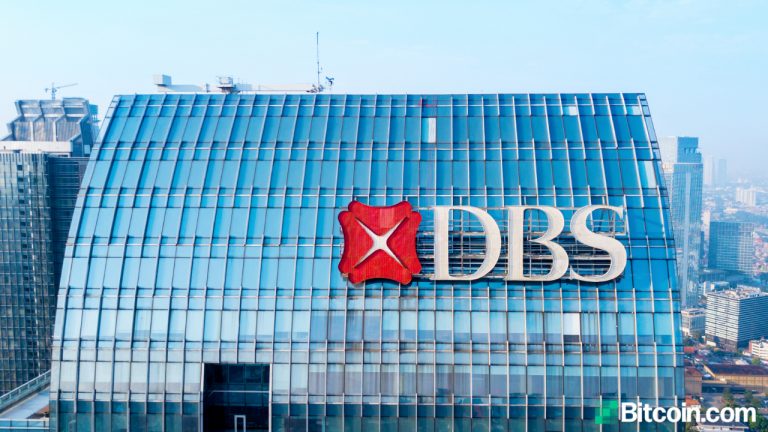 DBS, Southeast Asia’s largest bank, says that cryptocurrency trading volumes on its exchange have grown 10 times to around $30 million to $40 million. The bank is also collaborating with JPMorgan on a blockchain settlement platform and plans to launch its first security token offering in the second quarter, its CEO has revealed.

A leading financial services group headquartered in Singapore, DBS, talked about the performance of its crypto exchange during the media briefing for its first-quarter earnings results last week. DBS operates across 18 markets.

The bank launched a “digital exchange” in December last year. DBS Bank CEO Piyush Gupta explained, “Our digital exchange capabilities are much like Coinbase.” He added that “The difference is that Coinbase is mass-market retail while we have been judicious by offering this to accredited investors and institutional counterparties to start with.”

“Even with the careful expansion,” the DBS CEO emphasized:

The first-quarter numbers have been encouraging … There are $80 million in assets under custody, trading volumes have gone up 10 times to $30 million-$40 million.

“We have 120 customers with a pipeline of hundreds more,” Gupta continued, adding that “We hope to do the first security token offering in the second quarter.”

The bank said at launch that “The DBS Digital Exchange will offer exchange services between four fiat currencies (SGD, USD, HKD, JPY), and four of the most established cryptocurrencies, namely bitcoin, ether, bitcoin cash and XRP.”

The DBS CEO also explained last week that DBS has set up a technology company in collaboration with investment bank JPMorgan and Temasek “to create a platform to change the way cross-border payments and settlements work.” He explained that currently “cross-border payments and settlements are constrained by a T+2 problem,” noting that “Blockchain can change the paradigm.”

What do you think about DBS’ crypto business growth? Let us know in the comments section below.