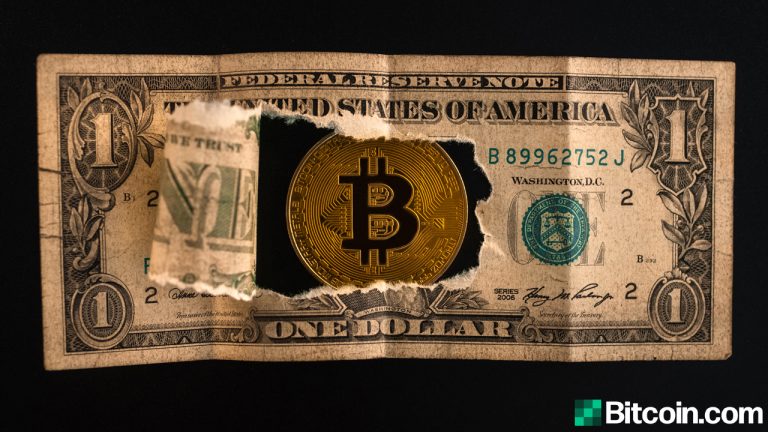 In early April 2021, the Central Bank of Nigeria (CBN) issued a circular warning Nigerian institutions to stop the practice of rejecting old or lower denomination USD notes. The CBN issued the warning after it became “inundated with complaints from members of the public on the rejection of such notes by banks and other authorized forex dealers.”

In the circular issued by Ahmed Umar, a director in the CBN’s Currency Operations Department, the central bank says it will sanction institutions that “refuse to accept old series/lower denominations U.S. dollar bills from their customers.”

Furthermore, the CBN warned against the same institutions to cease the practice of defacing/stamping USD notes as these “always fail authentication tests during processing or sorting.”

In the meantime, Nigeria is not the only inflation hit African country to face this predicament. In Zimbabwe, which has similarly seen the value of its currency plunge in the past few years, rejection of old or torn U.S. dollars continues to be a problem. At one point, the U.S. Embassy in Harare was forced to issue a statement reassuring Zimbabweans that all U.S. notes remain legal tender regardless of when they were issued.

In its September 2020 statement, the U.S. Embassy said:

Any badly soiled, dirty, defaced, disintegrated, limp, torn, or worn-out currency note that is clearly more than one-half of the original note, and does not require special examination to determine its value, is not considered mutilated.

Yet despite these assurances, torn or worn out USD notes continue to be rejected by businesses and the general public. In addition, this continuing rejection of old or worn-out USD banknotes has created a new black market for such currencies. As noted by one report, some Zimbabwean currency dealers are demanding a premium of up to 50% on some torn or old USD banknote.

While the U.S. dollar is a widely accepted alternative to the local fiat currencies, it is such shortcomings that make cryptocurrencies an even better option. For instance, in addition to being immune to local inflation and depreciation, crypto assets like bitcoin (BTC) or bitcoin cash (BCH) enable users to pay for any amount without worrying about the lower denomination dollars or torn notes they might get as change.

In instances where one needs to make payments across borders, cryptocurrencies again prove to be a better option because the recipient will get paid the exact amount that is due to them. As central banks in Nigeria and Zimbabwe have learned, coercion will not force people to accept any currency, including the U.S. dollar.

Instead, it is innovative and secure money that has a better chance of overcoming this challenge.

What are your thoughts on the rejection of old or torn USD notes? Tell us what you think in the comments section below.