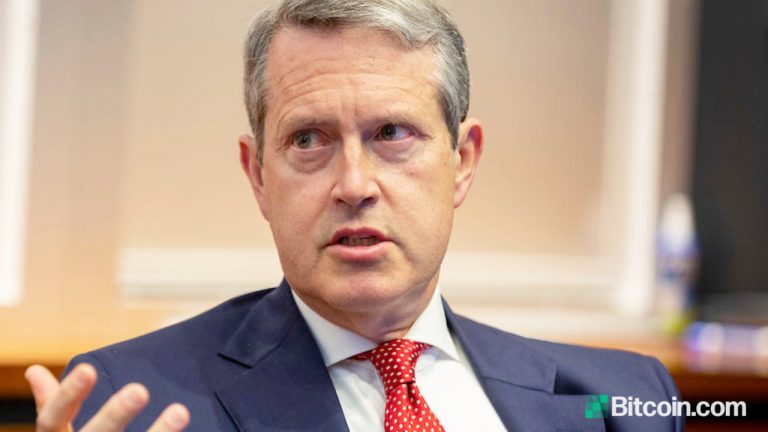 The Federal Reserve’s top supervisory official has called on bank regulators to pay more attention to cryptocurrencies and stablecoins. His comments followed a number of major banks announcing that they will be offering products based on cryptocurrencies, particularly bitcoin, to their clients.

The Federal Reserve’s vice chairman for supervision, Randal Quarles, talked about cryptocurrency last week at a conference hosted by the Options Clearing Corporation. He urged bank regulators to pay more attention to stablecoins and cryptocurrencies.

Quarles took office as a member of the Board of Governors of the Federal Reserve System in 2017 and was sworn in as Vice Chair for Supervision on Oct. 13 that year. He is also chair of the Financial Stability Board (FSB).

His comments followed several banks in the U.S., such as Morgan Stanley and Goldman Sachs, announcing that they will offer their wealthy clients access to investment products based on cryptocurrencies, particularly bitcoin.

Quarles said that the rise of cryptocurrencies and stablecoins has been “one of the more interesting developments” in the financial markets. However, he noted:

I think the depth of consideration that has been given to a lot of policy talk around those issues hasn’t been as robust as I would like it to be.

“The inexorable march of technology is a huge opportunity but also a supervisory challenge for the financial system,” he emphasized.

The Federal Reserve’s top supervisory official acknowledged that policymakers spent much of last year on the Covid-19 pandemic response and did not have much time to dive into cryptocurrency regulation.

“People have had a lot of other things to think about over the course of last year as these issues have been rising in salience and so I understand why,” he opined, elaborating:

I think over the course of the next year or two, [we should be] really thinking carefully about the issues that are presented by stablecoins.

Do you think the Fed should pay more attention to cryptocurrencies? Let us know in the comments section below.