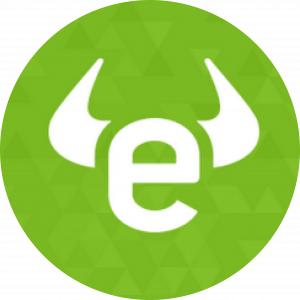 Dogecoin ($DOGE), the meme currency turned sixth largest crypto asset rose above $0.40 again after weeks of consolidation post reaching ATH of $0.4377. The recent price surge is believed to be fueled by the eToro support that added the meme currency for millions of its customers today. The trading app boasts of 20 million customers and has joined the growing league of platforms adding support for the meme turned digital asset.

The sixth-largest currency had a phenomenal year up until now as 2021 is proving to be the year when Doge finally sheds its meme tag amid growing real-world use cases. Doge started rising towards the end of February nearly growing by over 600% in the past couple of months. Doge was trading at $0.4197 with a 9% surge over the past 24 hours.

Dogecoin is a purely community-driven decentralized asset that gained a lot of traction earlier this year during the GameStop fiasco as RobinHood halted the trade of the meme currency along with $GME and few others. It gained most of the traction last month amid rising adoption and continuous shilling from serial entrepreneur Elon Musk.

Elon Musk is the unofficial CEO of the digital asset and rightly so since he has continued hyping the meme currency to a point that he may face legal action for breaching security regulations. While being the sixth-largest digital asset hasn’t gone done well with many, Doge has continued to see a great surge in adoption from mainstream firms such as a Nissan dealership and now Mark Cuban owned Dallas Mavericks for all their merchandise. Cuban has even claimed that Doge payment has proven to be a big hit and encourage other businesses to accept Doge payment.

The growing popularity and surge in adoption over the past couple of months had not just made it the sixth-largest digital asset, in fact at its current valuation it is bigger than Twiiter Inc and the popular car manufacturer Ford.