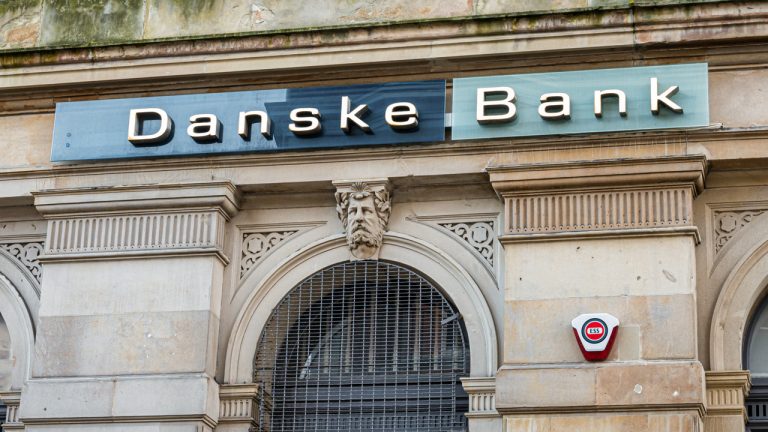 On April 26, 2021, the Danish multinational banking and financial services corporation Danske Bank published a press release explaining that the institution has changed the threshold for personal customers and standard interest rates for business customers in Denmark. The Bank plans to lower the threshold for charging negative interest on deposits from DKK 100,000 to DKK 250,000 ($16k to $40k USD).

Denmark Savers Will Feel the Brunt of Negative Rates This Summer

A number of large financial institutions in Europe have been embracing negative interest rates. Bitcoin.com News recently reported on ECB President Christine Lagarde’s opinion of the situation and how she defended negative interest rates. Lagarde noted that it might bother savers, but people need to put the global economy ahead of savers. Moreover, the Bank of England (BoE) wants British banks and building societies in the region to have negative bank rate solutions ready by August 2021.

At the end of April, following financial institutions like ING, Barclays, and a number of Swiss banks, the Danish financial services corporation, Danske Bank, introduced negative rates for certain deposit sizes. In fact, Denmark was the first country to introduce negative rates on a large scale back in 2012.

On July 1, 2021, both personal and business customers will see the interest rate terms change for standard deposits. Mark Wraa-Hansen, Danske Bank’s head of personal customers in Denmark explained that higher interest rates have become an expense for the institution.

“We have experienced highly unusual interest rate levels for a long time now, and there is no prospect of this changing. At the same time, we see a significantly increasing deposit surplus, which in the current interest rate environment results in a considerable expense for the bank,” Wraa-Hansen wrote. “This is obviously not sustainable for us in the long term, and we are therefore lowering the threshold for the charging of negative interest on deposits,” he added.

Negative rates are not normal and they are not considered good finance for those looking to save funds long term. Big savers, with large amounts of funds sitting in a bank, expect a return for storing their money with the institution, but gone are the days where the wealthy could make decent passive income from traditional interest rates. A negative rate of -1% for someone who deposited 1,000 at the beginning of the year, would only get $999 by the year’s end.

Proponents of negative rates believe that it helps first-time home buyers, businesses, and loans. It is believed that those who benefit from negative rates (borrowers) will consume more, and invest in the economy more often. However, a number of people are totally against the banks introducing negative rates and Denmark’s Business Minister Simon Kollerup has said “enough is enough.”

Reuters reports that the Danish central bank started the invocation of negative rates which has in turn “forced lenders to deposit funds at the central bank at negative rates – prompting most Danish banks to start introducing negative interest rates on private clients.’”

In a Facebook post, Kollerup explained his angst with the new trend. “I think it should stop now. The limit has been reached,” Kollerup stressed. “It simply becomes too greedy when the banks deliver large profits, but still continue to impose negative interest rates on more and more Danes.”

The Business Minister said that he has asked the banking association Finance Denmark to figure this out as soon as possible. Finance Denmark retorted that it was “fundamentally wrong” for bureaucrats to get involved with pricing the monetary system. “I expect to hear the industry’s response on how we can stop this spiral,” Kollerup emphasized in his social media post.

Of course, the negative rates from worldwide banks have caused crypto-asset proponents and precious metals enthusiasts to push harder. Bitcoin proponents believe that digital currencies give people the ability to save again without their funds being taken by the bank’s negative rates and erroneous fees.

Banks can also stop you from accessing funds held there and with help from the state it can be taken away as well. Alternative assets like bitcoin and precious metals have been attractive because people can save money without interference and gather yields that today’s financial incumbents cannot offer.