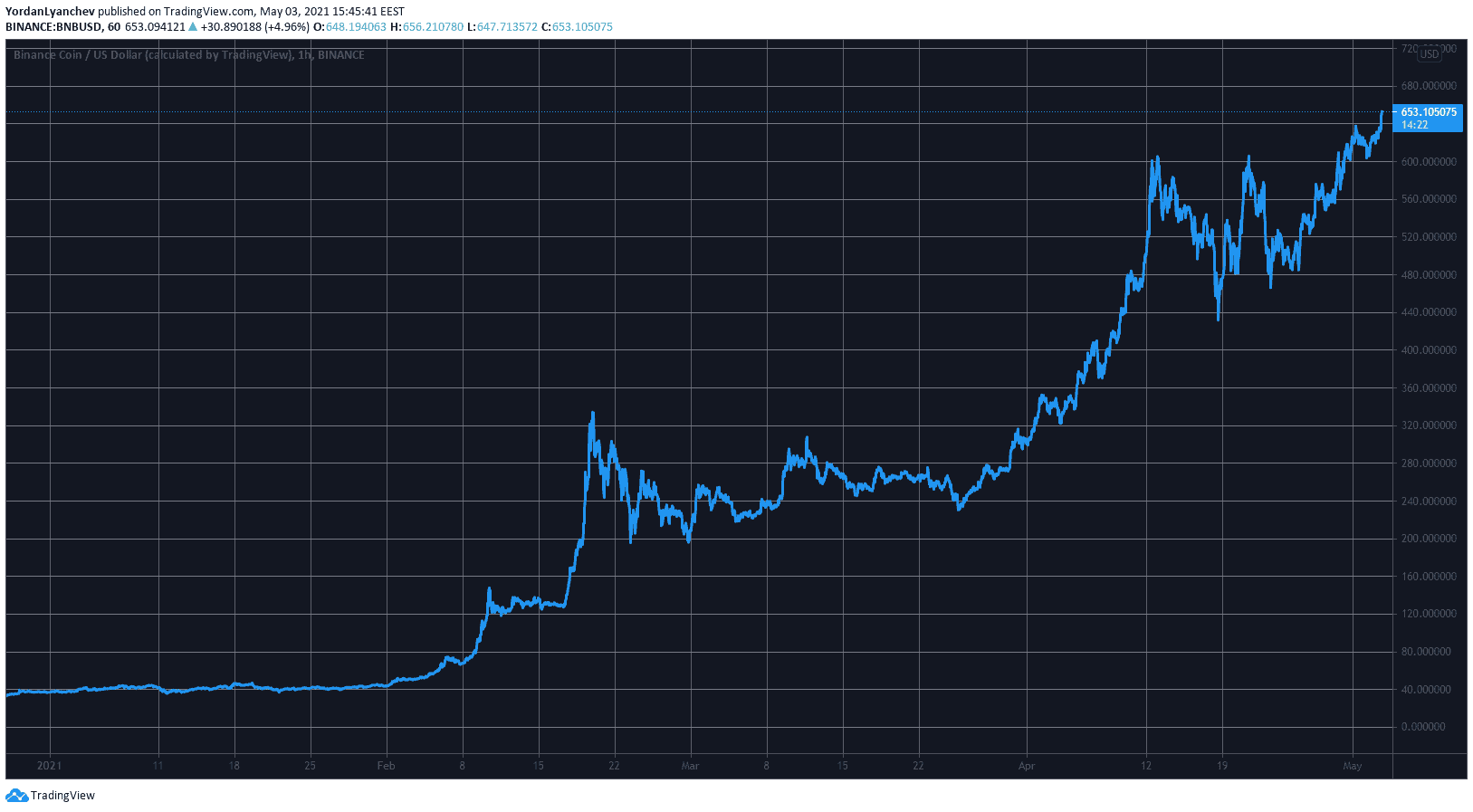 Binance’s native crypto asset has been on a roll in 2021, resulting in breaking into uncharted territory quite regularly. With the latest record coming a few hours ago above $650, the asset’s total market cap went into a nine-digit territory.