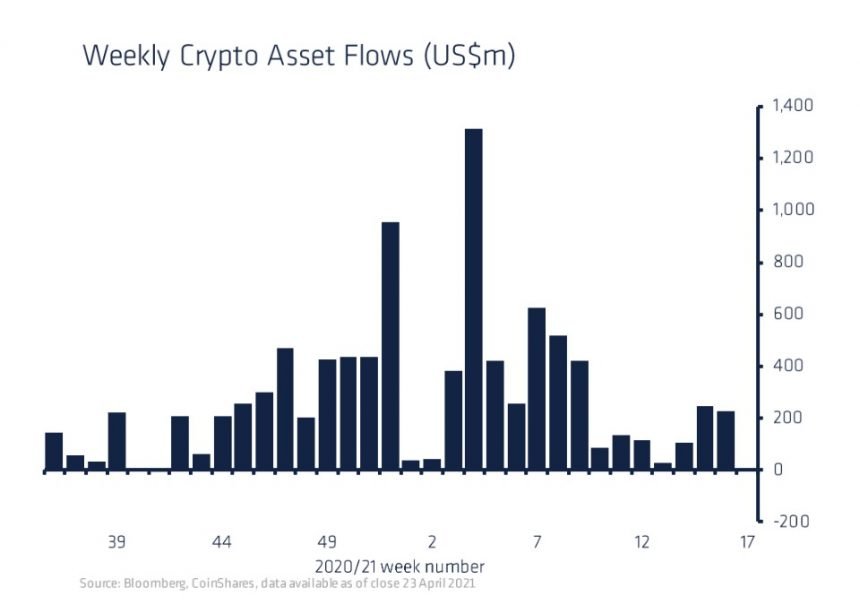 Ethereum has seen a 34.5% rally during the week. At the time of writing, ETH trades at $2.976 with a 1.8% profit in the daily chart. The cryptocurrency has been reaching a new high in the lower timeframes and seems poised to break a major milestone at $3.000.

However, several experts seem cautious due to major walls of resistance at those levels. Pseudonym trader “Edward Morra” has followed ETH’s price rally closely for the past days. The trader is “fascinated” by ETH price action which has shown shallow pullbacks with constant grind-ups. On this price structure, Morra said:

These type of patterns either end up exploding up or spill down cascading the stops, both extremes.

The trader also pointed to the ETH price chart for the past 3 months when the cryptocurrency broke $1.000 and 2.000. Almost immediately after, the price experienced severe corrections, as showed in the chart below. Next week could be critical to determined Ethereum’s price trajectory in the short term.

Additional data shared by Morra and trader Byzantine General show a large amount of selling orders for ETH at $3.000 on all exchanges. The orders go from $9 million to $30 million. Therefore, they concluded that this price target will be a “challenge”. However, Byzantine General stated the following:

I saw walls like this at $1000 ETH too and they got eaten for the most part.

In support of Ethereum’s bullish case, Chief Strategy Officer of CoinShares, Meltem Demiros, shared data on the digital asset fund flows for last week. Demiros’ firm has determined that ETH’s bullish sentiment is on the rise as the cryptocurrency saw $34 million inflows for its investment product last week.

ETH has “bucked” a trend of outflows that most noticeable affected Bitcoin. In contrast, the first cryptocurrency by market cap saw a $21 million outflows in its investment product for the same period. The trend started after BTC’s mining sector was affected by a series of power outages in the Chinese province of Xinjiang. Demiros added the following:

Institutions seem to be warming up to Ethereum at a high speed. In that period, the European Investment Bank announced a digital bong based on ETH. Senior Editor at the Economic and Financial desk for the German “Die Welt”, Holger Zschaepitz, believes this to be amongst the reasons for ETH’s rally.