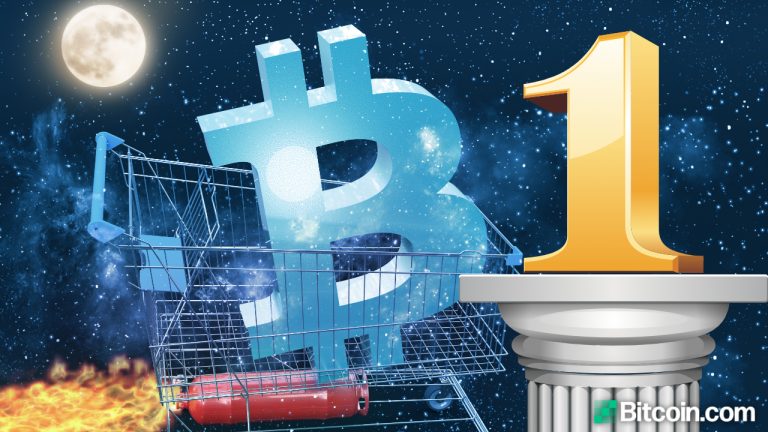 At CNBC’s Stock Draft, an annual stock-picking competition, bitcoin was the number one pick. Tim Seymour, the founder of Seymour Asset Management, believes that the government will come out with regulations that support bitcoin. He is confident that the cryptocurrency will take him “to the top” this year.

CNBC’s 2021 Stock Draft, an annual stock-picking competition, began last week. There are 10 contestants or teams of different professions. Each team makes 2 picks from a list of 60 stocks and other investments.

As an experienced investor in the cannabis space who manages Amplify Seymour Cannabis ETF (CNBS), Seymour was expected to pick a cannabis stock first. However, he chose bitcoin as his top pick this year, stating:

It wasn’t easy. There’s no Trevor Lawrence out there … [but] I’m happy to say … no cannabis. I’m taking the bitcoin talents to South Beach. That’s right. Number one pick: bitcoin.

The winner of the Stock Draft competition will be the one whose stocks have the highest average price appreciation between the closing price on April 29 and the close on Feb. 11, 2022.

Regarding the bitcoin chart, which some say looks “troubling at least in the near term,” Seymour replied, “I’m not worried about the near term and we’ve seen multiple pullbacks in bitcoin.” While admitting that he would have loved to have bought BTC at “$20K ago,” he said, “the sense for me is that we are starting to see much broader institutional adoption.”

I expect a policy to follow through that is going to be very supportive of bitcoin … Bitcoin is going to take me to the top.

Seymour’s second pick was Tilray, a global leader in cannabis research, cultivation, processing, and distribution. Kevin O’Leary, another bitcoin proponent who has 3% of his portfolio in the cryptocurrency, picked Alphabet and Palantir.

Do you think bitcoin will outperform other investments and help Seymour win this year’s Stock Draft competition? Let us know in the comments section below.