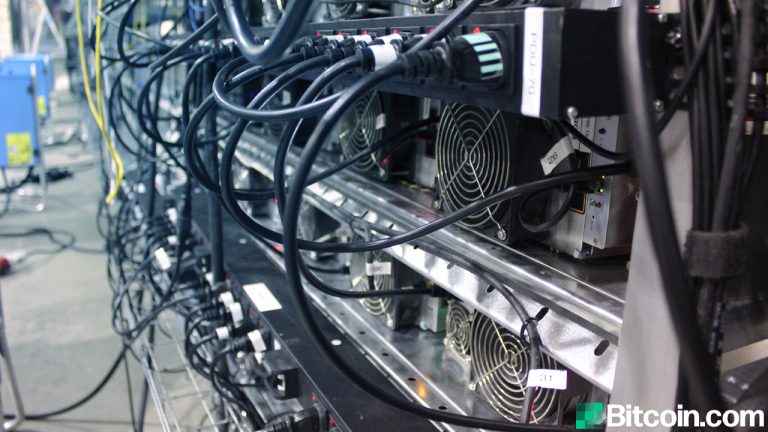 The ASIC bitcoin mining rig manufacturer and chipmaker, Canaan has announced the company has signed a $93.63 million purchase order with the mining firm Genesis Digital Assets. Genesis will be acquiring Canaan’s A1246 Avalonminer rigs that produce 90 terahash per second (TH/s) and deliveries will be shipping during the second half of 2021.

According to an announcement from the Beijing, China-based company Canaan (Nasdaq: CAN) a new strategic partnership has been unveiled between the firm and Genesis Digital Assets. The two companies have signed a purchase agreement worth $93.63 million as Canaan plans to deliver the firm’s next-generation A1246 Avalonminer devices to Genesis. The machines will be shipped to Genesis during the second half of 2021 the company’s announcement details.

Canaan’s application-specific integrated circuit (ASIC) A1246 Avalonminer is a device that processes the SHA256 consensus algorithm. This means the machines are capable of mining the most mined SHA256 tokens like bitcoin (BTC), bitcoin cash (BCH), and bitcoinsv (BSV). The Avalonminer A1246 series boasts a hashrate speed of around 90TH/s and an efficiency rating of around 38 joules per terahash (J/TH).

The partnership announcement notes that Genesis will add 117 megawatts (MW) of bitcoin computing capacity which will add to the firm’s current 140MW.

“This has been a very exciting year for mining businesses as we see sustained interest in crypto assets,” the founder of Genesis Digital Assets Abdumalik Mirakhmedov said during the announcement. “With its combination of power and cost efficiency, leveraging Canaan’s A1246 miners will give us a strategic advantage in meeting current demand. In working together, we look forward to strengthening our position as a leading player in the global bitcoin mining ecosystem,” the Genesis executive added.

Canaan’s deal with Genesis follows the company’s recent sale of 11,760 Avalonminers to the U.S.-listed Mawson Infrastructure Group (WIZP:OTCQB). Canaan’s shares had jumped after the Mawson announcement, but have since seen a -8.56% decline dropping from $13.77 a share to today’s $12.59 per share price.

Nangeng Zhang, CEO and Chairman of Canaan said that the company is pleased to partner with Genesis and remarked that the deal furthers Canaan’s presence globally.

“2021 has been an exceptionally fruitful year for the bitcoin mining sector amid increasing interest among institutional players and new geographic hotspots emerging for mining activities,” Zhang remarked on Wednesday.