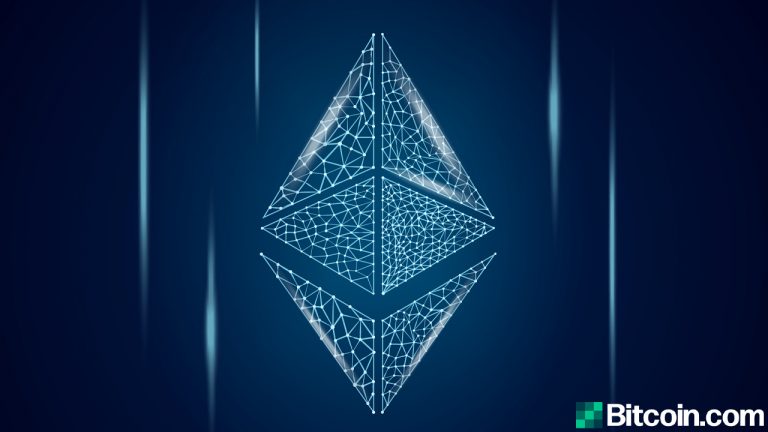 The second-largest cryptocurrency in terms of market valuation, ethereum, has seen significant gains this week in comparison to the rest of the crypto economy. On Wednesday, ethereum tapped an all-time high at $2,736 per unit as the crypto asset has gained 11.48% during the last seven days.

While a great number of digital assets dropped in value last week, ethereum (ETH) prices rebounded much quicker than most. On April 27, after climbing more than 11% during the course of the week, ETH tapped an all-time high (ATH) at $2,706 per ether on Tuesday. Then again, on Wednesday, ether prices touched an ATH of around $2,736 per coin.

During the last seven days, ether prices have jumped 10% higher against bitcoin (BTC) as well. Bitcoin’s current dominance index is being drained too as it’s dropped to 49.2% while ethereum now captures 14.9%.

Against the U.S. dollar during the last month, ether is up 48.3% today and 102% for the last three months. 12-month stats show that ethereum has gained a massive 1,270.57% against the USD. Over the last 30 days, ETH has gained 55% on bitcoin (BTC) and 22% against BTC during the 90-day span. Since tapping the new ATH, ETH is down 2.55% from that high price point during the early morning trading sessions on Wednesday.

Following Ethereum’s launch of the “Berlin” upgrade on April 15, ethereum users have noticed that gas prices have dropped considerably. This has ramped up decentralized finance (defi) action this week and the total value locked (TVL) in defi today is a colossal $63.2 billion in value. Maker dominance captures 15.83% of the $63.2 billion held in defi today. Additionally, ethereum settlement volume is slowly catching up with BTC.

While BTC transactions settled $75.1 billion during the last 24 hours, the ETH network processed $23.57 billion over the course of the day. Still, the amount of transactions per day on the Ethereum network is much larger than BTC’s.

ETH is also considered BTC’s number one sidechain as no other chain holds as many wrapped or synthetic BTC tokens as ETH does. Today there’s a whopping 201,058 and the Wrapped Bitcoin (WBTC) project captures 156,936 of the current circulating supply.

While a lot of digital assets have been eating away at BTC’s dominance index, ETH has been taking the most off the leader’s plate. Besides hashpower, Ethereum is outshining BTC on most metrics and has outpaced Paypal as well.

Since Spencernoon’s tweet, ethereum has gathered an overall market valuation of around $311 billion today.