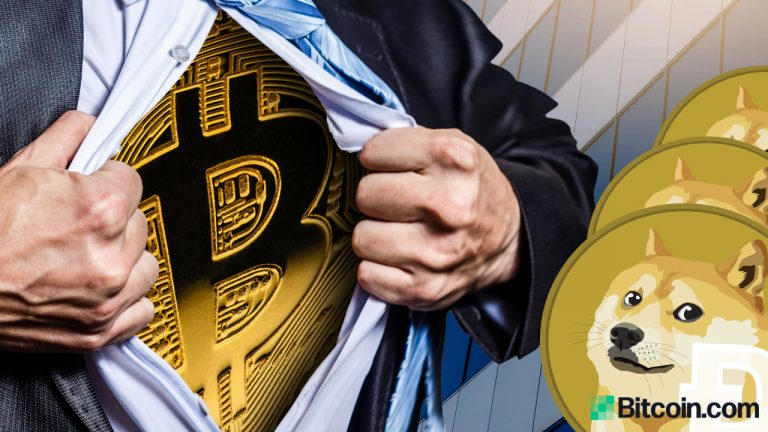 After vowing to never buy bitcoin again, stock trader Dave Portnoy has sold all of his dogecoins, which he bought when the price was at a record high, to buy one bitcoin. Having been called “paper hands,” Portnoy now says will never sell his one bitcoin.

American day trader and founder of Barstool Sports blog, Dave Portnoy, has finally bought bitcoin. He posted a video on Twitter Monday revealing: “I did buy one bitcoin when it was at $48,000. That’s all I can afford.” He tweeted:

I am the proud owner of 1 bitcoin.

After learning that Elon Musk’s Tesla sold some of its bitcoins, Portnoy said he will not sell his BTC. “I am holding 100% of my bitcoin,” he emphasized. He then said on Tuesday that his bitcoin is up from the price he bought it at, stating, “I’m way up on it since I bought it.” He also started calling himself “the barron of bitcoin.”

Regarding his mini dialogue with Elon Musk about Tesla selling some of its bitcoins, Portnoy said: “Elon and I did not fight. As a true believer in bitcoin and proud owner of 1 bitcoin. It’s my duty to defend against all lettuce handed threats no matter big or small, real or perceived.”

Out of Dogecoin Into Bitcoin

However, Portnoy confirmed on Monday that he has sold all his dogecoins, but he claims that he did not sell at a loss. He clarified:

I don’t own any DOGE. I sold DOGE … I bought it high and when dogecoin didn’t go I sold it and moved on.

He is also selling his first NFT — a pizza review. “If you want to own a piece of history and a piece of my soul, here is your chance,” he said.

Portnoy first learned about bitcoin when the Winklevoss twins went to his home in August last year to show him personally how to buy bitcoin via their cryptocurrency exchange Gemini.

Besides investing $200K in BTC, he also invested in chainlink (LINK) and orchid (OXT) at the time. However, as crypto prices fluctuated, Portnoy sold all of his coins and got out of cryptocurrencies altogether. “I’m out on crypto because coins don’t always go up. Stocks on the other hand continue to always go up,” he said at the time.

As the price of bitcoin continued to increase, Portnoy regretted selling his coins. He posted a video in February saying that he will never buy bitcoin again. Admitting that BTC was the only investment that kept on rising, he said, “I know I’m an idiot with bitcoin. But I refuse to be the poorest man on the ship. I won’t swab the decks.”

What do you think about Dave Portnoy selling dogecoins and buying one bitcoin? Let us know in the comments section below.