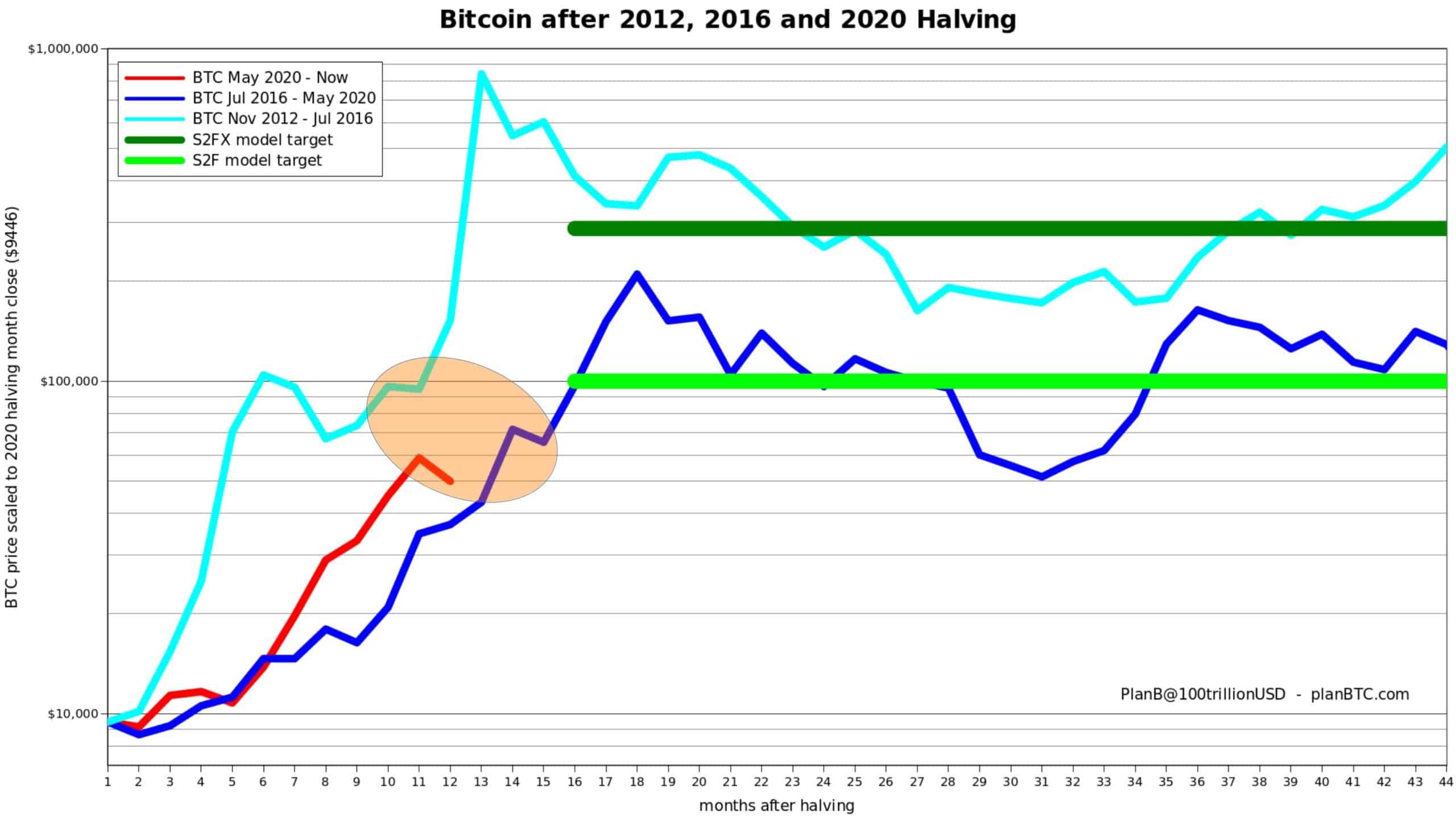 Bitcoin’s latest massive price crash in which the asset lost $16,000 in roughly a week could be nothing more than a stepping stone towards new highs, suggested the creator of the popular S2F model. He outlined that BTC could be in the middle of its run, which could take it to the stock-to-flow’s targets of up to $288,000.

‘Nothing Goes Up In a Straight Line’

Looking on a more macro scale, it’s safe to conclude that bitcoin has been in a state of a bull run since early October. A solid confirmation for this comes from the six consecutive months in which the primary cryptocurrency closed in green from less than $14,000 in October to nearly $60,000 in March.

April is historically a bullish month as well for BTC, and it sure seemed that way, at least until a week ago. Taking advantage of the hype around the Coinbase listing on Nasdaq, bitcoin skyrocketed to a new all-time high of $65,000.

However, it all came crashing down last Sunday, and a $9,500 drop took BTC to a 3-week low. Friday didn’t go all that well either, and bitcoin found itself on the receiving end of another beatdown – this time, it even plummeted beneath $50,000 where it still struggles.

The Twitter user PlanB, perhaps best known in the community for creating the stock-to-flow model, said about these developments – “nothing goes up in a straight line.” Furthermore, he believes this massive setback could actually precede another significant leg up.

Was This the Mid-Cycle Stop?

As PlanB’s graph above indicates, the cryptocurrency had experienced similar steep price corrections during its previous two major bull cycles – in 2013 (after the first halving) and 2017 (after the second). In fact, both transpired approximately at the same time during the run as the current one, which he classified as “the mid-way dip.”

Should bitcoin be indeed halfway through its bull cycle now, then the asset could be heading towards the price targets of the stock-to-flow cross-asset model. Aside from looking at the “stock” as the size of existing BTC reserves (or stockpiles) and the flow – the annual supply of new bitcoins, the upgraded version of the model examines the different phases the asset has gone through since 2009.

Those include the initial “proof of concept,” the “payment” stage, “e-gold,” and the latest one – “financial asset.” Ultimately, PlanB believes that the cryptocurrency could peak at $288,000 per coin by the end of the current bull run.

With bitcoin trading around $49,000 now, this optimistic prediction would need it to surge by roughly 6x. Although this may sound a bit far-fetched given the current negative sentiment in the market, it’s worth noting that BTC already skyrocketed six-fold in a matter of months. As mentioned above, bitcoin traded at $10,000 in early October and jumped to over $60,000 in April.