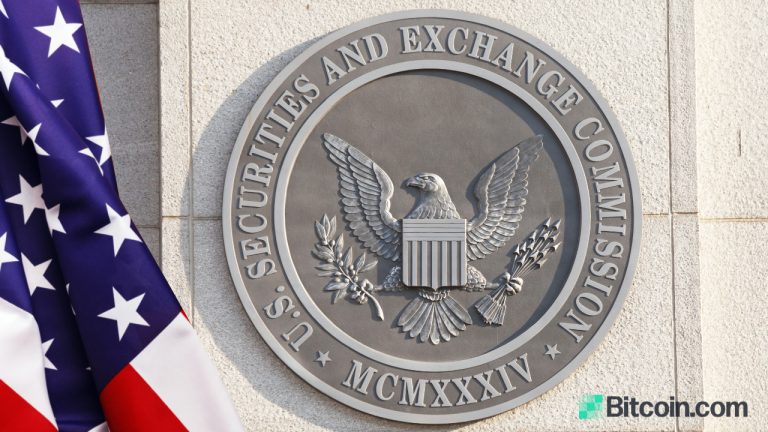 SEC Commissioner Hester Peirce believes that the U.S. government cannot ban bitcoin, stating that “it’s very difficult to ban something that’s essentially a peer-to-peer technology.” The commissioner is hopeful that with the new chairman who has deep knowledge of bitcoin and cryptocurrencies, the SEC can take a fresh look at some of the reasons used to reject bitcoin exchange-traded funds (ETFs).

Hester Peirce, a commissioner at the U.S. Securities and Exchange Commission (SEC) who is also known in the crypto community as “crypto mom,” was asked whether there is a possibility that the Biden administration could ban bitcoin in an interview with Fox Business’ Charles Gasparino on Thursday.

With new cryptocurrency regulations in the works, investors are concerned whether the government will ban cryptocurrencies, including bitcoin. Some people have warned that governments can outlaw bitcoin if it becomes a risk to their financial systems. Among them are Bridgewater Associates founder Ray Dalio, The Big Short’s Michael Burry, and Ron Paul.

A bitcoin proponent, Peirce has been advocating for the SEC to approve bitcoin ETFs. Regarding the possibility of banning bitcoin in the U.S., the commissioner opined:

I think it’s very difficult to ban something that’s essentially a peer-to-peer technology. I think the goal, as with any technology, is to prevent people from using it for illicit purposes and only allow them to use it for legal purposes. That’s what I expect to happen.

Commissioner Peirce previously said that the government would be “foolish” to try to ban bitcoin, likening it to shutting down the internet.

The U.S. government is concerned about cryptocurrencies being used in illicit activities. Treasury Secretary Janet Yellen has said several times that cryptocurrencies are mainly used for illicit financing. She also said previously that the Treasury will work with other regulators to come up with appropriate regulations for the crypto space.

The SEC also has a new chairman; Gary Gensler was confirmed to lead the commission last week. He has deep knowledge of bitcoin and cryptocurrencies, having taught classes on the subject at the Massachusetts Institute of Technology (MIT). Gensler is also a former chairman of the Commodity Futures Trading Commission (CFTC). He is expected to impose a fair amount of regulation on cryptocurrencies. Last week the U.S. House of Representatives passed a bill mandating that the SEC and the CFTC establish a working group focused on digital assets.

Do you think the government can ban bitcoin? Let us know in the comments section below.