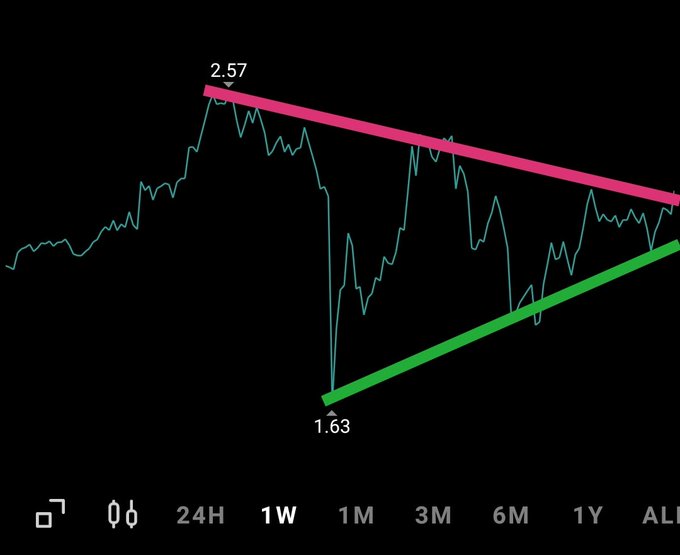 On April 21st, IOTA Co-founder Dominik Schiener said the platform was about to enter a new era. Chrysalis 2.0 is set to be deployed next week with a complete overhaul of this network. Firefly, the token’s new native wallet, is a key component and will operate as a bridge from IOTA 1.0 to the 1.5 update.

IOTA (MIOTA, Mi) holders can begin their tokens migration to prepare for Chrysalis. The process is the first stage to make reach the token’s potential as a peer-to-peer digital cash, as the Technical Lead at the IOTA Foundation (IF) Charlie Varley said.

Via Twitter, Schiener celebrated a milestone in this process. Only 12 hours after it was enabled, $220 million in IOTA Tokens were locked and ready to be migrated into the new network. Schiener said the following in celebration:

This is simply amazing. After 12 hours, more than $220m #IOTA tokens are already #locked and ready for the #Chrysalis launch. Let’s reach $1 Billion tokens locked before the launch next week on the 28th!

In a special episode of IOTA Talks, Schiener clarified that the migration process is optional. Users can proceed with it at any time before and after Chrysalis’ launch. The next phase big event for the network will be Coordicide and should mark the beginning of this platform’s full decentralization. On the update, the IF said:

This relaunch will bring IOTA up to the level of an enterprise-ready product that is fully equipped for use in outside organizations and businesses that wish to leverage the power of the Tangle. Chrysalis improves the efficiency, security, scalability, and stability of the IOTA protocol (…).

At the time of writing, MIOTA is trading at $1,72 with a 4.8% loss in the daily chart. In the weekly and monthly chart, the token has a 32.1% loss and a 20.6% gain respectively. According to analyst Lukas Tassanyi, MIOTA has held support in its BTC pair for the 30-day chart and has been making higher high after bearish price action.

Tassanyi believes the tokens formed a symmetrical triangle on the 21st when the IF launched Firefly. Possibly responding to the current developments, MIOTA was set to break or rise. Since that moment, the price has been trending downwards.

As Tassanyi showed in the chart above, $1.63 could be critical support for MIOTA, if it continues south from its current levels. In the short term, the analyst expects a period of consolidation. When it reverses the trend, MIOTA could target a new all-time high at $2.57.

In the long term, the analyst expects MIOTA and its platform to benefit from “two separate arenas”: its potential as a cryptocurrency with low, fast transaction and high scalability, and the Internet of Things (IoT) market. Tassanyi added:

If IOTA manages to succeed in only one of them, that should make it a $1 Trillion project already. IOTA is both the leading blockchain alternative and the leading IoT ledger. With no close competitors.