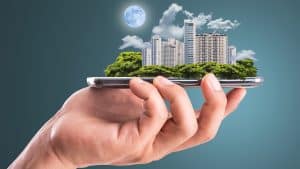 Rick Caruso, the American Real Estate billionaire announced that his company Caruso Properties would accept Bitcoin as a payment for rent on its properties across Los Angeles. Caruso Properties have partnered with Gemini cryptocurrency exchange to facilitate the Bitcoin payments and has also invested in Bitcoin as per a report in LA Times.

The report also highlighted that Caruso Properties 1% treasury was converted to Bitcoin, however, the estimated value of the deal was not revealed. The recent Bitcoin investment and accepting Bitcoin payment has put Caruso in the league of Tesla who also invested $1.5 billion in Bitcoin and started accepting Bitcoin as a payment for Tesla cars.

Caurso said that Bitcoin has proven its worth as a hedging asset and explained,

“I believe it’s a good hedge to diversify the company’s finances and has already proven to be a good investment for us.”

“I believe bitcoin and blockchain are going to be doing the same in the future and We want to be ahead of the curve.”

Would Elon Musk Pay His Rent in Bitcoin?

Elon Musk may become the first client for Caruso to pay rent in Bitcoin as Tesla has rented a property from the billionaire’s real estate firm for a car dealership in LA. Musk recently announced that US customers can pay for Tesla cars in Bitcoin and also assured that the Bitcoin won’t be converted to fiat.

“I haven’t talked to Elon about it,” Caruso said. “He may be the first, as a pioneer, to pay his rent in bitcoin.”

This bull season Bitcoin is not just about price rise, in fact, 2021 could prove to be a breakout year for Bitcoin mainstream acceptance. Fortune 500 companies such as Tesla and MicroStrategy and now Caruso Properties are using Bitcoin as a Treasury reserve, while one can now pay rent and buy cars using Bitcoin.