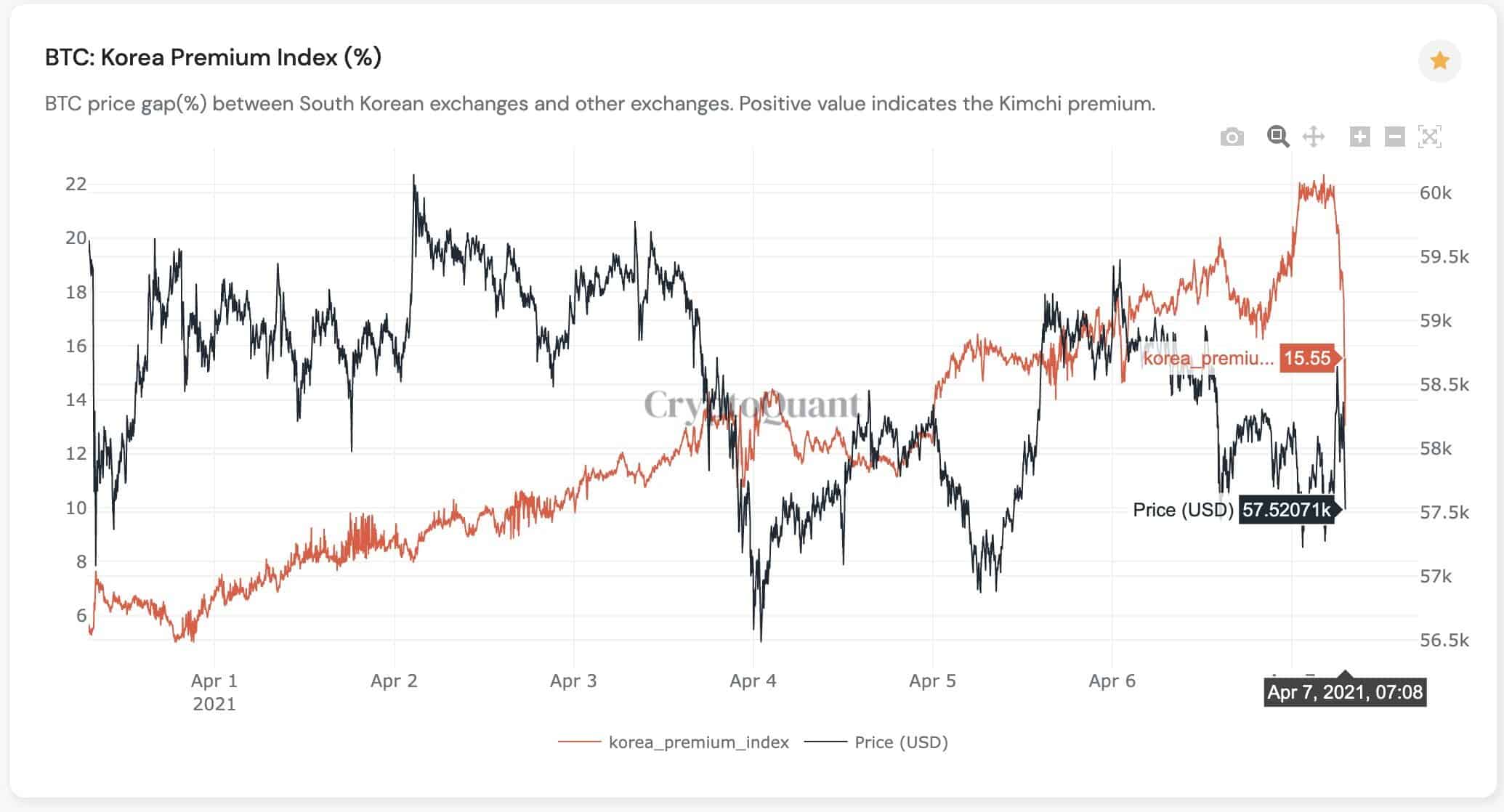 Bitcoin’s price exploded to above $70,000, but only in South Korea as the so-called “kimchi premium” went to a yearly high above 20%. However, it has significantly dropped in the past several hours, which could prompt a retracement for BTC, at least according to historical data.

Named after a traditional South Korean side dish, “kimchi premium” represents the difference in BTC’s price on local exchanges and everywhere else in the world. Although it might sound logical that bitcoin should trade at the same or similar price in every country, being a global asset, that’s rarely the case when it comes down to South Korea.

CryptoQuant data shows a gap between trading venues located in the East Asian country and other exchanges. As the graph below illustrates, the prices are different quite regularly.

The premium continued to escalate in the past few days and reached a yearly high yesterday of over 20%. The reasons behind this discrepancy are complex. Moskovski Capital’s CEO, Lex Moskovski, noted that local regulations enable users to sell BTC only for the Korean won but can’t withdraw in USD. This provides “no arbitraging opportunities to drive down the price.”

There could be more to the story, though. BTC’s price spiked above $70,000 on the South Korean exchange Upbit, owned and operated by Dunamu. The latter has been rumored to go public on the New York Stock Exchange (NYSE).

These speculations have increased the demand for the company and all other projects associated with it. Apart from Upbit’s growing popularity in South Korea, firms owning equity in Dunamu, such as Kakao, Woori Capital, and Hanhwa Investments, have seen their respective shares increase by up to 8% in a few days.

A more recent graph from CryptoQuant highlighted the “significant” decrease in the kimchi premium. The price of bitcoin on South Korean exchanges and other trading venues has closed the massive gap and is around $58,000 everywhere.

However, history shows a potential price drop for the primary cryptocurrency. Vetle Lunde, Arcane Research analyst, posted an infographic indicating that BTC’s price has gone south on most occasions following a peak in the kimchi premium.

Keeping in mind that the premium has decreased substantially in the past several hours, it’s safe to assume that it had already reached its peak. Nevertheless, the South Korean market is not as large as it used to be back in 2017/2018, and the impact on the prices could be significantly lower.