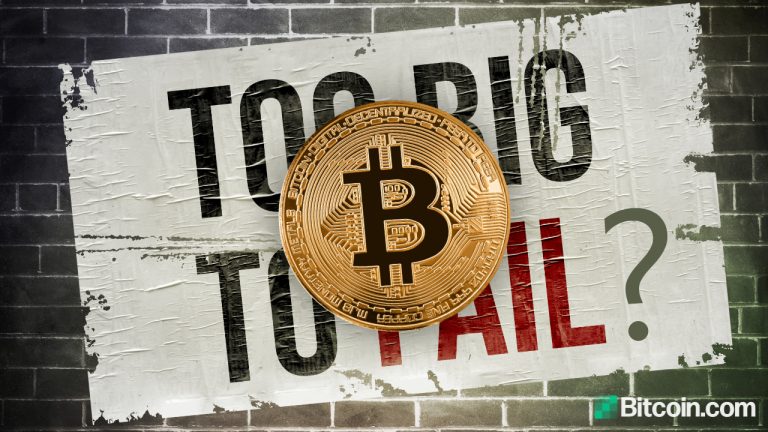 Allianz’s chief economic advisor Mohamed El-Erian says that bitcoin is not too big to fail and that governments may intervene. While he believes that cryptocurrency will grow in popularity, the economist says “it takes away a lot from governments,” adding that this asset “can only establish itself if governments allow it to.”

Economist Warns of Government Intervention, Bitcoin Is Not Too Big to Fail

Mohamed El-Erian said in an interview with CNN Tuesday that bitcoin is not “too big to fail” and its failure could disrupt the global monetary system due to the “liquidity paradigm.”

El-Erian, an Egyptian-American businessman, is the president of Queens College, Cambridge University. He is also the chief economic adviser at Allianz, the corporate parent of PIMCO, one of the largest investment managers, where he was CEO and co-chief investment officer.

He explained that there are three types of crypto investors. The first type consists of those who use bitcoin to mitigate risk, viewing the cryptocurrency as the “least bad asset.” The economist explained that as the Fed has kept interest rates low, the price of government bonds has become artificially high, making them less attractive for investors looking to mitigate risk and diversify their portfolios. Usually, investors will turn to gold but since the metal is also experiencing difficulties, investors are turning to bitcoin despite its volatility, he noted.

The second type comprises speculators and the third type of investors are those who truly believe that there will be a debasement of currencies. The economist added that investors are assuming that crypto assets will grow in popularity in the private sector and governments will not interfere. While El-Erian also believes that demand for cryptocurrencies will rise, he is unsure about the government not intervening. The Allianz chief economic advisor cautioned:

He elaborated that there is plenty of liquidity “sloshing around the system,” but “excessive and irresponsible risk-taking” is still being encouraged in certain areas. El-Erian noted that last week, the implosion of Archegos Capital caused several stocks to tumble and led to billions of dollars in losses for investment banks. Moreover, the financial market chaos in January surrounding Gamestop and other heavily shorted meme stocks drove up their prices and squeezed short sellers.

Do you think bitcoin is too big to fail? Let us know in the comments section below.