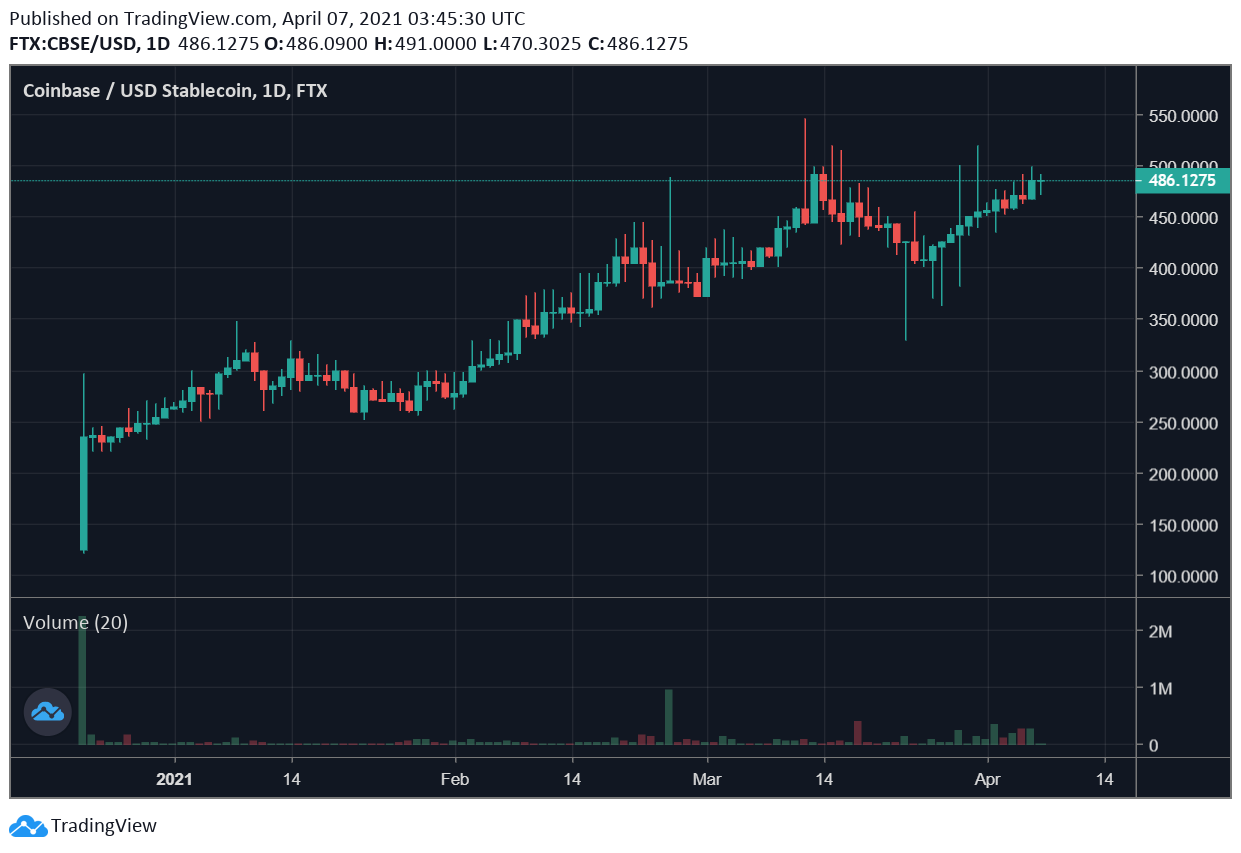 “Coinbase is literally the most profitable exchange in the world across any market and across any geography,” Fundstrat’s Thomas Lee tweeted as Coinbase’s Q1 earnings outshined top traditional exchanges like NYSE, NASDAQ, CBoE, and ICE.

The U.S.-based exchange recorded total revenue of $1.8 billion and an EBITDA (Earnings before tax, depreciation, and amortization) of $1.1 billion. EBITDA represents a company’s operating income without any accounting adjustments, tax, or interest on borrowings.

The net income of the exchange is between $700-$800 million. This year’s projected revenue is $7.2 billion with an EBITDA of $4 billion.

For comparison, the EBITDA of Intercontinental Exchange (ICE), the parent company of NYSE and Bakkt, last year was $7.8 billion. At the same time, NASDAQ reported earnings before tax and interest of $1.3 billion.

The financials of Coinbase currently look stronger than the world’s largest exchanges.

Still, an independent analyst on Twitter, John Street Capital (alias), warned about taking Q1 values as a reference from a quarter where BTC doubled in price and ETH rose by 150%.

The leading American exchange saw a trading volume of $533 billion during the assessment period.

The estimates suggest that Coinbase is earning 53 basis points (bps) or 0.53% in average trading fees. Given that trading fees are between 0.04% and 0.50%, the FTX cryptocurrency exchange founder, Sam Bankman-Fried, suggested that “a significant chunk of that revenue is not coming from trading fees, which would be a first.”

In their first SEC filing, the exchange had noted that it made 96% from trading revenue. Thus, a significant portion of earnings could be from mobile app income, transaction fees, custodial management fees, and earnings from other investments.

Coinbase is yet to publish a complete breakdown of the earnings.

Since its debut in January, the equity token on FTX has gained 300%, gaining over 12% in the last two weeks.

According to their previous report in mid-March, COIN was trading between $200-$375 in private markets during the first two months of the year. The anticipated earnings report only slightly affected the price of Coinbase pre-market shares on FTX.

The token was trading at $485 at press time, 3% higher than the previous day.