DevX Initiative by Concordium: Creating a Sandbox for Developers in the Rust Ecosystem 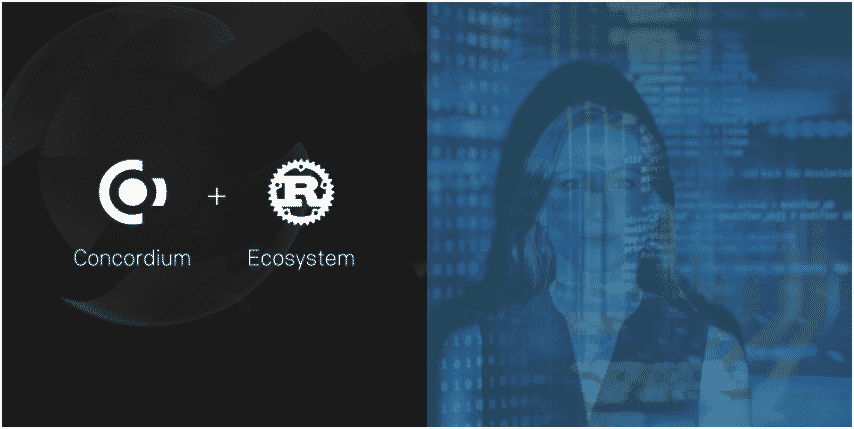 Concordium, a science-based proof-of-stake blockchain is launching the DevX Initiative to help redefine the way developers learn and interact with outfits with a mainstream support system. Designed primarily to help build the Rust programming language and its ecosystem, the DevX Initiative will seek to engage developers in the natural communities and help reignite their creativity and access to resources with which together, will help grow the Rust ecosystem.

As a blockchain protocol that is trying to solve the quadrilemma of scalability, security, decentralization, and regulation, Concordium’s deep dive into developers engagement through the DevX Initiative will not only result in the brooding of a new hoard of smart contract builders, it will help contribute code to crates that in the end, will benefit the whole Rust Ecosystem.

The DevX Initiative will operate through a dedicated website and will provide support to developers who want to grow in the Rust ecosystem through workshops, hackathons, game jams, and meetups to help people learn Rust.

In achieving its goals for the DevX Initiative, Concordium will be bringing into the mainstream its core principles as it pertains to developer relationships. These principles are outlined below;

While these principles are defined, the goal is not to exploit the onboarded enthusiasts, rather, to promote mutual respect in the pursuance of the greater good.

Designated Strategies to Bring on the Impact

The DevX Initiative from Concordium will actualize its goals of contributing to the growth of the broader Rust ecosystem through;

Top researchers including Prof. Bas Spitters and his team from the COBRA will be contributing to the Rust ecosystem in the aspect of Formal Verification, while Prof. Diego Aranha and his team and COBRA will also work with the Rust Crypto Interest Group members in areas including but not limited to the governance of the Rust Crypto Interest Group. Other professionals enlisted include Dr. Daniel Tschudi and Dr. Christian Matt, from Concordium and ETH Zurich.

In the aspects of code contributions, Dr. Torben Pedersen (Concordium CTO), Dr. Aleš Bizjak, and Dr. Thomas Dinsdale-Young will offer consultations to the team while also contributing to open-source Rust crates and packages.

The community participation and support provisions will be fronted by Concordium’s in-house team members as the entire initiative will synergistically work toward Rust Conferences, the Ferris Commit Club, and other engaging plans designed to help foster the actualization of the DevX Initiative vision and goals.

The post DevX Initiative by Concordium: Creating a Sandbox for Developers in the Rust Ecosystem appeared first on Coingape.