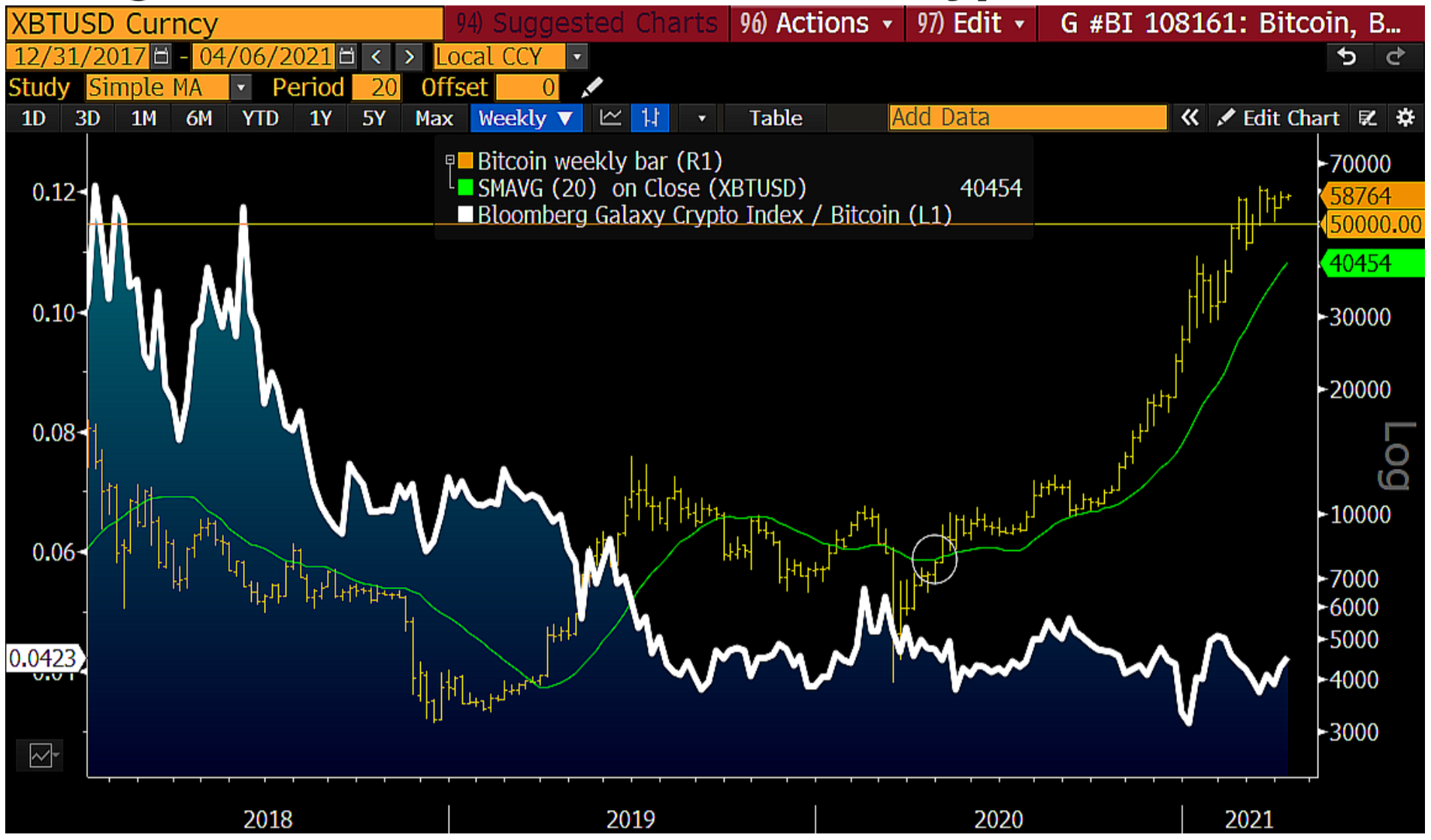 A new report suggests that Bitcoin’s fundamental and technical values are improving despite its recent lackluster price action.

Bloomberg released a new edition of its monthly cryptocurrency outlook report, titled “Rising Bitcoin Adoption Tide.” The financial media giant evaluates the different factors contributing to the increasing demand for BTC and provides a forecast to see where the leading cryptocurrency is heading next.

Notably, the study is overwhelmingly bullish, citing a paradigm shift favoring the pioneer cryptocurrency in replacing gold as the “global digital-reserve asset.”

According to Bloomberg, Bitcoin has built a price floor at $50,000 while the overhead resistance around $60,000 has been weakening over time. The firm expects prices to slice through this hurdle and advance higher over the next few months after the ongoing consolidation period.

One of the key factors cited in the report that supports the bullish narrative was Tesla’s bold move to allocate some of its wealth into Bitcoin.

Bloomberg refers to such development as an “inflection point” that may encourage other firms to diversify into the digital asset. Now, there is a higher probability that BTC migrates into traditional investment portfolios because of “the risks of missing out on the potential for Bitcoin becoming the global benchmark digital asset.”

In essence, BTC’s fundamental and technical underpinnings are improving, making a solid case for it to replace gold as a store of value in investor portfolios. Such market conditions suggest that the flagship cryptocurrency would reach “price extremes” akin to those in the 2013 and 2017 bull runs.

Under such circumstances, Bloomberg believes that Bitcoin would rise to $400,000.

Disclosure: At the time of writing, this author owned Bitcoin and Ethereum.