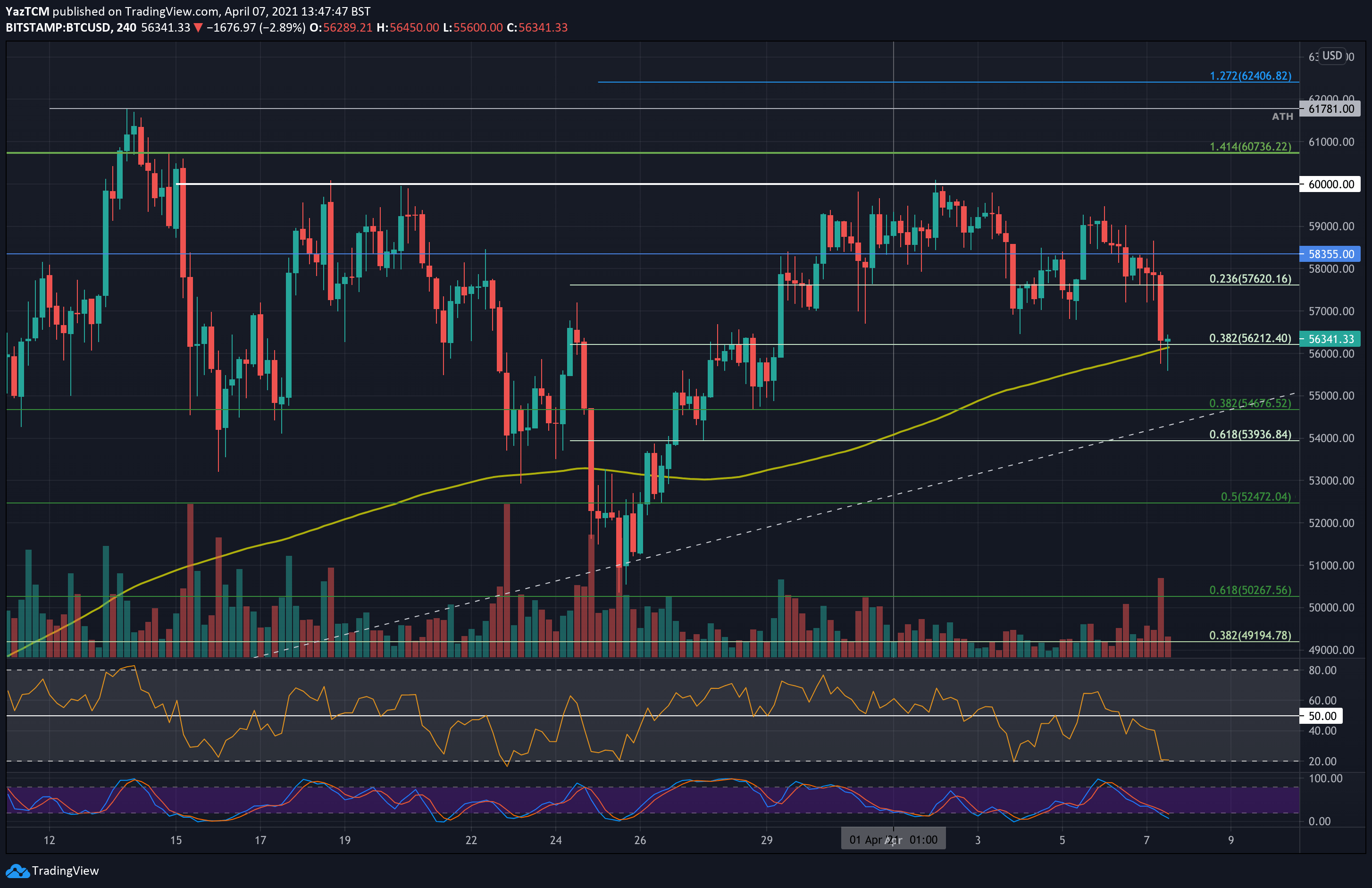 Bitcoin fell by a sharp 4% so far today as it dropped as low as $55,600. The cryptocurrency had started the month with another attempt to breach the $60,000 benchmark level. Unfortunately, it was unable to overcome this resistance through the week as it set a range between $60,000 and $57,000.

Today’s price drop caused bitcoin to break beneath this range as mentioned above. As of writing these lines, and as seen on the following 4-hour chart, it is currently holding the critical support around $56,200 – $56,100, provided by a short-term .382 Fib and a 4-HR 200 moving average line.

Moving forward, if the bears push back beneath the current support at $56,200 (MA-200 on the 4-hour chart), the first support lies at today’s low around $55,500 (which is also a descending trend-line started forming towards the end of January).

The daily RSI has now crossed beneath the midline, indicating bearish momentum has taken control within the market, in the short term. This comes after the RSI produced a bearish divergence signal earlier in the week as we mentioned here in the previous price analysis.