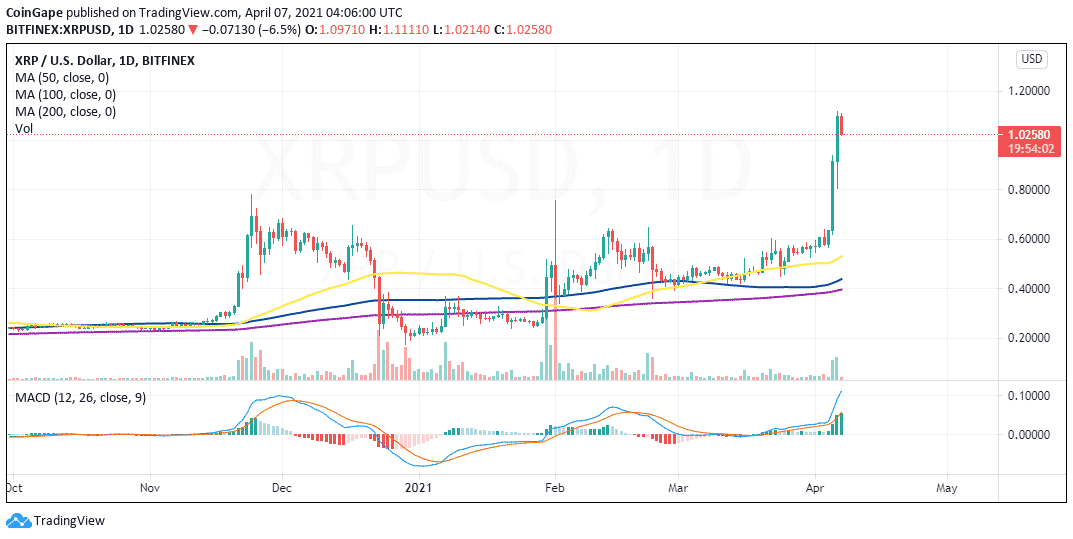 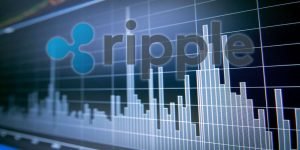 Ripple has been like Usain Bolt on steroids over the last few days. The cross-border token had significantly suffered following the lawsuit filed against Ripple Labs and its top executives in December. The Securities and Exchange Commission (SEC) alleges that the blockchain company sold unregistered securities to investors and stayed away from regulation for nearly eight years.

Although the lawsuit is still ongoing, there is reasonable progress to believe that Ripple Labs will be cleared while XRP is allowed to operate as a whole cryptocurrency. Meanwhile, investors took action into their hands during the Easter holiday to incredibly pump the token’s price.

Ripple rose above several key resistance zones, including $0.6, $0.65, $0.75 and the critical $1. The bullish leg did not stop there but took advantage of the tail force to achieve a three-year high of $1.1.

At the time of writing, Ripple is teetering at $1.05 amid a corrective move from the multi-year high. The primary goal is to secure higher support, preferably above $1. Note that the Moving Average Convergence Divergence (MACD) indicator shows buyers are in control. The wide gap made by the MACD line (blue) above the signal line confirms the bullish outlook.

The post Ripple price leaves dust in its wake as bulls focus on settling above $1 appeared first on Coingape.