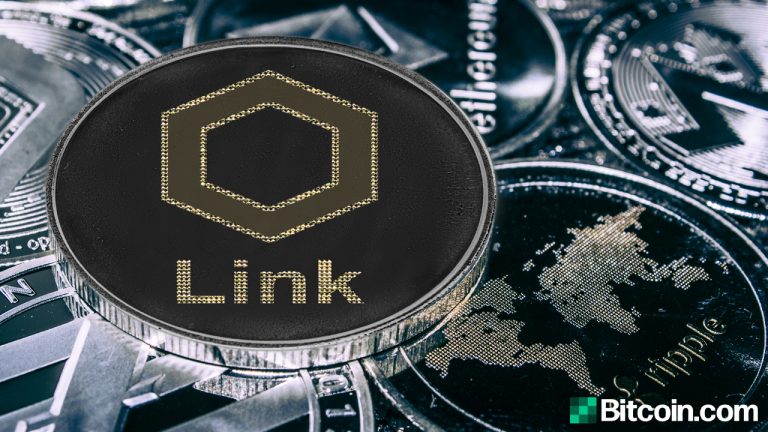 The digital currency manager Grayscale Investments announced that the firm has updated its Digital Large Cap Fund (GDLC) in order to add the crypto asset chainlink to the fund. Chainlink is the popular blockchain oracle network and the token will replace XRP after Grayscale removed the digital currency from the GDLC.

Following Grayscale’s recent announcement telling the public that it intends to transform the GBTC bitcoin trust into an exchange-traded fund (ETF), the organization revealed that chainlink (LINK) will be joining the Digital Large Cap Fund (GDLC) (OTCQX: GDLC). Last year, the GDLC contained the digital currency XRP, but Grayscale dropped the token off the roster after the recent Securities and Exchange Commission’s issues with Ripple Labs.

In addition to chainlink (LINK), the GDLC fund contains bitcoin (BTC), ethereum (ETH), bitcoin cash (BCH), and litecoin (LTC). Each crypto asset has a different amount in the GDLC fund and Grayscale revealed the GDLC holdings on April 2, 2021.

Chainlink’s Rise: Oracle Token Built on Ethereum Gained 1,223% Against the US Dollar in 12 Months