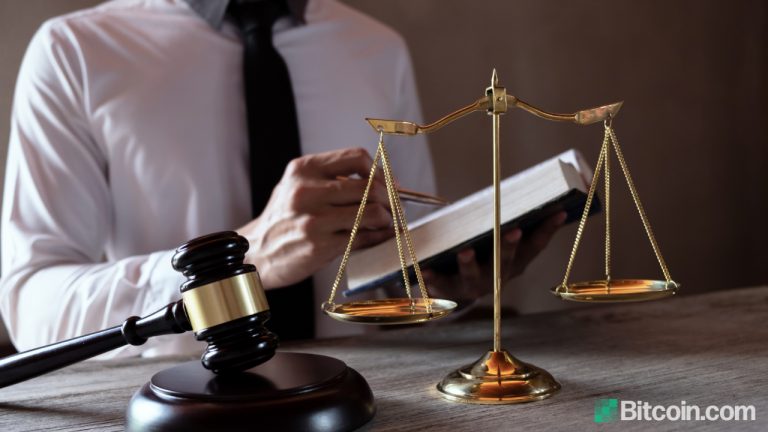 Crypto lending firm Nexo is facing a class-action lawsuit filed by an XRP investor for “unlawfully” suspending the use of the cryptocurrency as collateral without giving notice to clients and subsequently liquidating the tokens. This happened following the lawsuit filed by the U.S. Securities and Exchange Commission (SEC) against Ripple and its executives.

Nexo Sued for Suspension and Liquidation of XRP

An XRP investor, Junhan Jeong, has filed a class-action lawsuit against Nexo Financial LLC, Nexo Financial Services Ltd., Nexo Services Ou, Nexo AG, and Nexo Capital Inc. (collectively referred to as Nexo). In the lawsuit filed on April 1, he alleges that Nexo unlawfully suspended the use of XRP as collateral without giving notice to clients and liquidating the tokens.

Nexo lets customers use their cryptocurrencies as collateral to borrow cash. XRP was among the accepted cryptocurrencies until the U.S. SEC sued Ripple Labs and its two executives alleging that they raised over $1.3 billion through the sale of XRP unregistered securities offering.

On Dec. 23, the day after the SEC filed its lawsuit against Ripple, Nexo suspended customers’ use of XRP to stake as collateral or pay down on loans without providing notice of suspension, the lawsuit describes. It further alleges that “Nexo did so because it did not want to be left holding XRP at its substantially decreased value.” In addition, “Nexo proceeded to sell massive quantities of the XRP collateral” within a few hours.

“Nexo’s suspension of XRP payments and failure to provide notice of it were material breaches of the Nexo ‘Borrow Terms and Conditions’ governing the relationship between Nexo and its customers,” the lawsuit reads, adding:

The lawsuit alleges that since Dec. 23 Nexo has “engaged in ‘unlawful’ and ‘unfair’ business acts under California’s Unfair Competition Law … by suspending in bad faith XRP payments on Nexo, without notice to Nexo customers, and by liquidating collateral on the purported basis that Nexo owned it.” According to the court document, the plaintiff noted that “Nexo liquidated their collateral and kept the proceeds for itself.”

Furthermore, the lawsuit alleges that “Nexo also engaged in ‘deceptive’ and ‘misleading’ advertising … by using language on its website, in its whitepaper, and in online interviews,” misguiding customers into “concluding that in using the Nexo Crypto Credit, they would be pledging their cryptoassets as security against the debt reflected in the Crypto Credit — not selling their cryptoassets to Nexo by afford Nexo ‘ownership’ over the assets.” The full court filing can be found here.

What do you think about this lawsuit filed by the XRP investor against Nexo? Let us know in the comments section below.