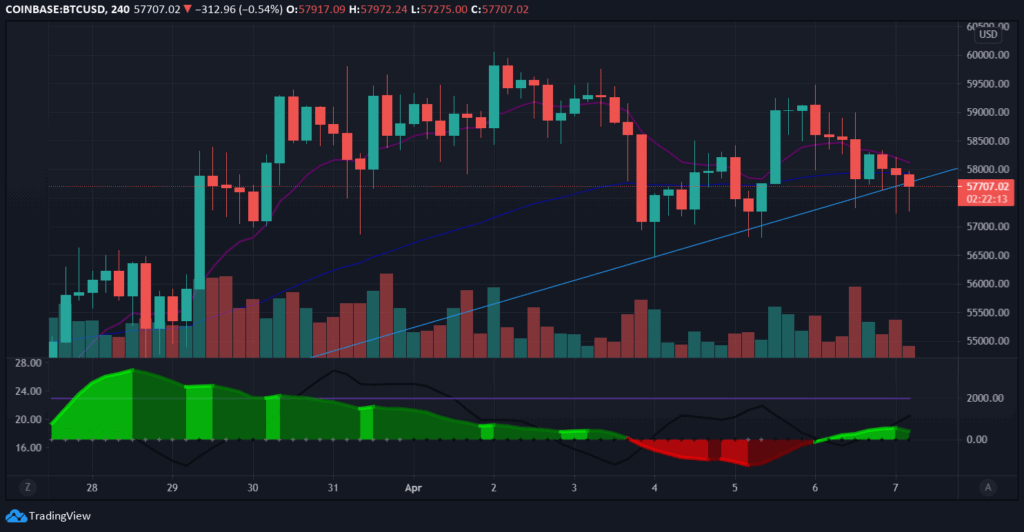 The hodlers of BNB, Binance’s official cryptocurrency, have plenty of reasons to celebrate. Its upward momentum is not stopping, and it seems that the bulls are ready to send the token prices to the moon with nothing to stop them.

The cryptocurrency closed on April 6 with a new all-time high at $411.7. That price represents a 9% increase for the day. Not bad considering that the rest of the markets gave mixed signals, with some downward corrections marked by Bitcoin’s general trend.

BNB Is On Its Way To Conquer the $400 Price Zone

BNB broke the $400 zone yesterday, but the number is now the new barrier to overcome in this stage of price discovery. Generally, in the absence of previous references, traders tend to focus on round numbers to set their alerts.

BNB started the day at the $368 mark, which in itself was already a good sign. The previous day it went through a small correction. This bullish breakout simply confirmed the bull trend wasn’t over. BNB had previously posted a 5% drop that kept analysts on tenterhooks as the cryptocurrency was heavily overbought.

The Fibonacci extension portends a possible rise to $454 before encountering possible strong resistance. From there, the next frontier would be near $482.

On the other hand, if the cryptocurrency were to eventually lose strength and correct lower, the same Fibonacci retracement places strong support at the $368 area, which would simply undo the growth it had on April 6. This is generally taken as a good sign as it would not be considered a significant loss for swing traders but rather a reversal of gains in general terms.

The outlook looks good for BNB. For now, the cryptocurrency has not overreacted to Bitcoin’s fluctuations and is sticking to its own pace. While Bitcoin has been struggling to break through the $60K barrier since mid-March, the Binance token has not stopped growing in that same period of time.

Bitcoin Bulls Are Struggling To Push The Prices Up

Looking at the short-term , Bitcoin seems to have met the Level Boss in the game to conquer new highs.

Bitcoin seemed unstoppable after an accelerated run started in the last quarter of 2020, breaking all the barriers that appeared on its way. But then, after briefly surpassing $60,000 to mark an all-time high of $61680, the market’s main cryptocurrency simply went into fatigue.

After correcting and losing over $10,000 in a matter of 2 weeks, Bitcoin managed to catch its breath and stabilize. But it has not been able to reestablish the bull run. So far this month, BTC has been trading sideways, with lows around $56800 and highs around $60,000.

However, the long-term outlook still looks bullish. The cryptocurrency still sits inside the channel it initiated after significant institutional investments promoted by Tesla, MicroStrategy, Square, and other major players, and although it is very close to support, it is still early for the bears to call it a victory.