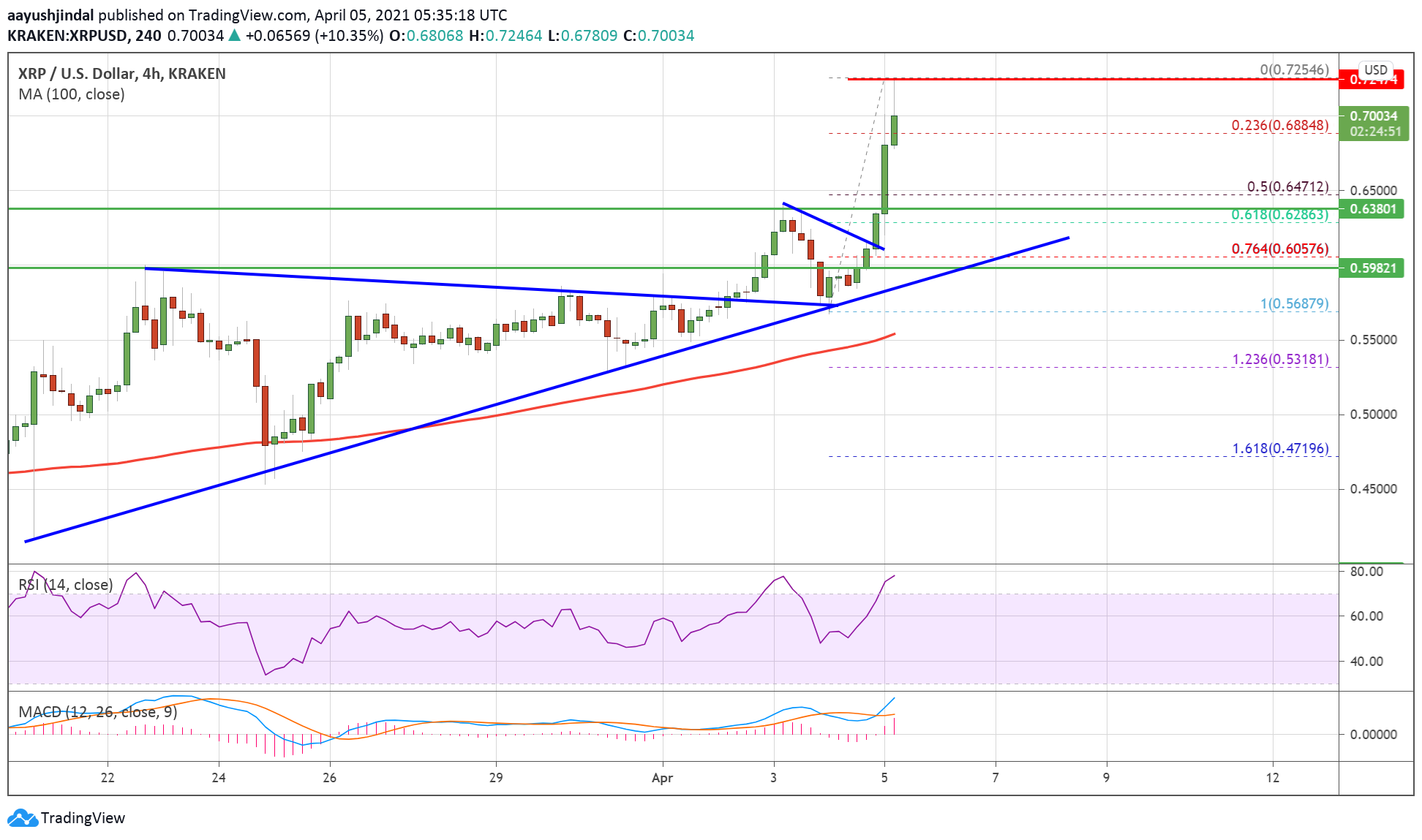 Ripple started a fresh rally above the $0.6000 resistance zone against the US Dollar. XRP price even broke $0.7000 and it seems like there are high chances of more upsides.

This week, ripple’s XRP started a strong increase above $0.6000, while bitcoin and ethereum remained in a range. Earlier, XRP formed a support base above $0.5000 before surging above the $0.6000 resistance.

On the upside, the $0.7250 level is an immediate resistance. The next major resistance is near the $0.7500 level. A successful close above the $0.7500 level is likely to set the pace for more gains in the coming sessions. In the stated case, the bulls might aim a test of $0.8000.

4-Hours MACD – The MACD for XRP/USD is now gaining pace in the bullish zone.

4-Hours RSI (Relative Strength Index) – The RSI for XRP/USD is now above the 60 level.